I'm not a multiplayer guy myself, although I appreciate how much it can mean to a lot of gamers to have a good online option available in a game. In fact forget a lot; it's safe to assume a majority of gamers find decent online multiplayer important – if not essential – to a new title.

This is clear from the amount of attention online gets nowadays. People are always looking for good, interesting, fun and – most of all – populated online experiences. World of Warcraft, Call of Duty, Battlefield; the list of online focused games is long. There is little reason to explore an explanation here, as I'm pretty sure everyone understands how and why multiplayer has become so big. Playing socially is extremely appealing and it's fair to say gaming videos on YouTube wouldn't be quite so big if it weren't for the likes of CoD and Battlefields' popular online modes. 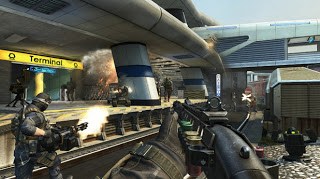 The online requirements of single player games have dramatically increased over the years. While originally games like Bioshock, Assassins Creed, Dead Space and more, survived fine with just the immersive single player experience; it seems that in the last couple of years developers have thought it necessary to expand into the multiplayer genre too.

It's fairly easy to place the blame of this on pressure from consumers, however more realistically you have to question the devs and publishers themselves. Multiplayer is where it's at and the amount of extra buyers a game might attract simply for offering a broader social experience is incredible. Top that with the Online Pass system, forcing people to pay full price to access the extra features, and you have a recipe for some extra money. A lot of these added multiplayer modes are worthless, however. Indeed: they are often dry of players only a few months after the launch of the game. 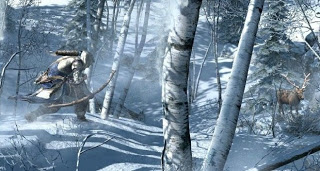 Take Assassins Creed, for instance. Multiplayer made its debut in the series in the Brotherhood installment. It was a success too, which is the main reason for this example. Critics mostly loved it, fans appreciated it and overall it seemed to please people. The reason for the praise it received is obvious: it was new, unique and different and fitted in with what Assassins Creed is all about. Ubisoft executed perfectly what made the single player so awesome and different into the multiplayer. They didn't put people in an arena and tell them to battle it out in a death match; they took what made the single player so great and fitted it into the online mode. It wasn't trying to be like every other multiplayer game out there. It was its own identity.

A good example of the opposite end of the scale is the recently released Far Cry 3 (review coming soon by the way). While the single player is astonishing, the multiplayer? Not so much. It's functional but basic and ordinary. Considering how unique an experience the single player is, you'd expect Ubisoft to draw from that and include those different elements in the online. However, just like a lot of games, they didn't. I can't stress enough how much potential the extra mode in Far Cry 3 had – if they had only drawn from the single player and shaped the online around that.

What Ubisoft should've said was: forget bog standard TDM or weird variants of Capture the Flag; in fact, screw those modes completely! How about you have two teams of so many players and have one team guarding a camp/base/island or something and make the other team attempt to infiltrate and complete an objective?

That was off the top of my head, by the way, so that particular example was always going to be a bit naf; but even that sounds better than What FC3 has going for it now. And considering Ubisoft had 4 years (assuming development began after Far Cry 2), you'd think they could've come up with something a bit more inventive than this. 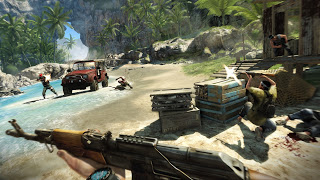 Dead Space 2 tried something different, and it almost worked. In fact, I'm surprised it didn't catch on more. It wasn't too stereotypical or linear and had/has potential; however, in truth, the main issue with Dead Space 2s attempt to break into multiplayer was probably the lack of content. Online was a pretty basic affair in the game and ultimately it lacked any real passion. It became a bit of an effort to play after a few hours and EA are going to have to work on that for the third installment.

It's becoming a drag having developers simply including multiplayer for the sake of it when there has clearly been little effort put into it. Games are being contaminated with these stupid online inclusions that are mostly lame, sometimes broken and often downright bad/boring.

Bioshock 2, while having a lacks single player, had a baffling multiplayer. Baffling from the point of view that it was so ridiculously lame and pointless. There was nothing unique or interesting about what 2K offered and, in truth, I doubt very much there could have been. Bioshock (or rather the last two Bioshocks) isn't the kind of series where social interactions really work. Bioshock 1 and 2 had very secluded single players and there weren't really any elements that could be put into an online mode that would make it awesome and different – and that is fine; who said every game must include some sort of multiplayer option anyway? This is where the line steps in. Single player games can have good online modes; in fact a lot of them should, given a lot of new titles unique settings and features. However when will developers and publishers realise this and that not every game is cut out to have a social platform? It seems with almost every single player game released there comes bundled with it this 'compulsory, don't really want to be here but have to' online function. Who wants that? Yes some games, like Bioshock, shouldn't have multiplayer to start with because it just doesn't work; but other games like Far Cry, Dead Space and more, can and should have worthwhile social functions.

If developers actually put in the effort then we would see a lot of single player orientated games have excellent multiplayer modes that might even set a new standard. It's not that I even want a majority of single player games to offer multiplayer: just that a lot of them do, but are completely worthless. Well, devs: it's time to put in the effort – because what is the point of including something if your heart isn't in it?