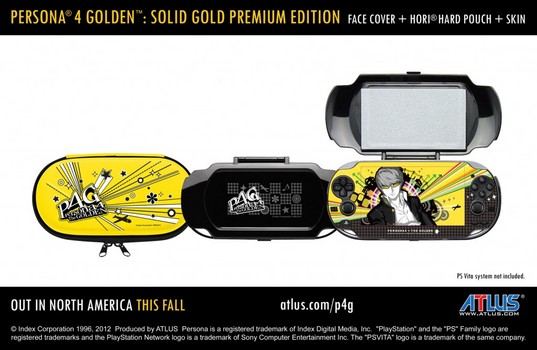 Recently, I picked up one of the 10,000 special edition copies of Persona 4: Golden. It was a pre-order-only item, and apparently they sold out across the U.S. mere moments after I switched my GameStop credit over to it. Well, the game's been out for two weeks now, and one thing's for certain: I haven't bothered to take any of the special-edition goodies out of its massive box.

That's because, as enticing as limited or collector's edition games might be, the over-priced items inside are often better-left untouched to perserve their value. That's the problem I'm facing with the cool Vita case that came with my copy of Persona 4 Golden….

Internet comedian Stuart Ashen recently put together another video completely trashing all the overpriced things people clamor for when video games launch. While I will defend Atlus' pre-order exclusive goodies, I think Ashen has a point when it comes to mass-marketed games that come in massive boxes.