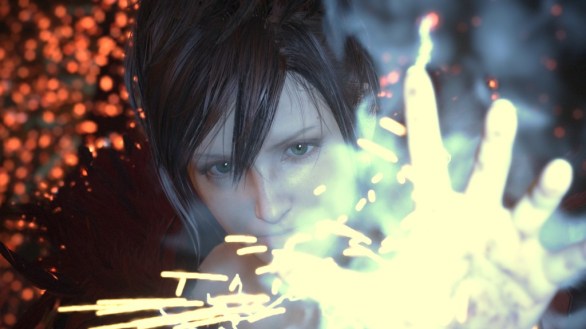 A Survey of the 2013 Gaming Post-Apocalypse

As I did last year on Bitmob, I thought it would be interesting to survey what the next year has to offer between consoles, handhelds, and PCs in North America by taking a large sampling of what (I hope) will show up and go from there. A breakdown on a few numbers along with some personal thoughts on the whole thing are also posted up on the last page, finishing the list out.

A few things to mention first

Like last year’s list, this sample was put together using a number of sources including Wikipedia, Gamestop, various gaming sites, and what I’ve been tracking myself. Some simply have TBA 2013 as release dates but are not a guarantee that they might actually show up. Blizzard’s StarCraft II: Heart of the Swarm was expected “TBA 2012” in last year’s sample, but will be coming out on March 13th, 2013, after a lengthy beta.

Also, for reference, “Q1” and “Q2” refer to quarters of a year (three months), a window that a title may be released in depending on the developer’s or the publisher’s current info. In the Wii U’s case, “launch window” titles are expected anywhere between its North American launch date (November 18th, 2012) and March of 2013. Like a randomly generated dungeon, stuff can, and often has, changed, though.

And like last time, some games didn’t make the main list for a number of reasons. One reason was simply a lack of information in some cases, or too little. Everyone knows that there’s more than likely going to be another Call of Duty out next year, but as far as details are concerned, there’s not a lot to go on other than it’s going to be an FPS.

Japanese-only titles aren’t on this list, either, because of not knowing for certain that they’re coming out in NA.

Where are the indies?

Like last time, there are a few on the list, but covering the vast majority of them with projects in the oven for 2013 would probably require another list of its own. A far better overview of the exciting stuff happening there is provided at sites such as the IndieGame Magazine along with the vast community of projects listed at IndieDB.

The mobile market is also beyond the scope of this sample list but no less important. If you want to know more on what that segment has to offer devices such as the iPhone or Android, sites such as touchArcade (http://toucharcade.com/) and Phandroid are loaded with plenty of info.

If you have any games that aren’t on this list but you’re excited about for next year, be sure to put them in the comments to let everyone know! This is, by no means, a comprehensive listing of what’s expected out in 2013. I’m sure that there are still plenty of surprises waiting for everybody!

So now, on to the games!