As a kid growing up in Sunset Park, in Brooklyn, I only listened to two kinds of music. The first was the Salsa sound of Hector Lavoe my family seemed to love so much at the time. The second, and perhaps most influential, was Hip Hop. My dad collected the releases of artists such as Slick Rick, De La Soul, Big Daddy Kane, L.L. Cool J, and A Tribe Called Quest on vinyl, and every weekend I would spend hours listening to them. So how did a Hip Hop kid from Brooklyn come to have almost 9 GB of video game music on his iTunes? The answer is simple: Nobuo Uematsu.

I never played the original Final Fantasy titles on the NES. Around that time, I was mostly into fighting games and didn’t really play a lot of role-playing games. It wasn’t until 1996, when a friend let me borrow his SNES along with Chrono Trigger, Final Fantasy III, and Mario RPG in an attempt to make me enjoy his favorite genre of video game, that I really became a fan.

I’ll never forget that Winter Break. Up until that point, the only consoles I had were an NES and a Sega Genesis, so I had yet to experience the treasure trove that was the SNES library. The first game I tried was Chrono Trigger, a game that I still consider my all-time favorite. I loved it. The characters were expressive, the battle system was great, and the story was epic. But the thing that hit me the hardest was the music. Sure, like many others I would hum the memorable tunes from Sonic the Hedgehog, Super Mario Bros., or Tetris, but I had never heard anything quite like this in a video game before. When I told my friend how much I was enjoying it, all he said was “just wait until you play Final Fantasy III.” 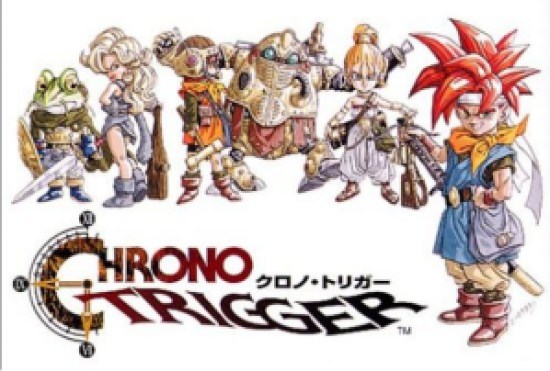 From the moment I started a new game, I was blown away. Watching Terra, Biggs, and Wedge walk across the snowy field towards Narshe as the opening credits roll and Terra’s Theme plays will always give me the chills. As I continued my journey through the game, it quickly dawned on me that I may have made a mistake in asking for a Genesis instead of a Super Nintendo. The first time I heard the boss music “Decisive Battle” come on, I thought to myself “How is this coming from a game?!?!” Other songs that would stand out (and still give me that warm feeling inside) were “Phantom Forest,” “Narshe,” “Dancing Mad,” and of course “Opera Scene.”

Back then, before I had Internet access, I only had only one way to get game soundtracks, and that was to order them from importers who advertised in the backs of gaming magazines. The soundtracks were expensive, about $40-$50 each, but I didn’t hesitate. I ordered both Chrono Trigger and Final Fantasy III’s respective official soundtracks (OSTs) and waited for what seemed like an eternity for their arrival. They were the first non-Hip Hop albums I had ever purchased. I listened to them nonstop. I made mix tapes of my favorite tracks and listened to them on my Walkman. If not for these game soundtracks, I would have never gained the appreciation for all genres of music I have now.

Later on, once I learned that Final Fantasy VII would be on the PlayStation, I vowed it would be the next console I would purchase. I saved and saved money from my part-time job, and when the time came, I went to my nearest EB Games and bought myself a PlayStation, a lime-green memory card (remember those?), and a shiny new copy of Final Fantasy VII. I’m not even kidding when I say this: To this day, every time I watch the opening sequence of FFVII, where we first see Aerith and Midgar, and the title first comes on the screen, I get goose bumps. And listening to the soundtrack alone is no different. It goes to show just how much of the experience and emotion of playing this game is dependent on the audio. Final Fantasy VII’s battle music still remains one of my favorite battle music themes of any game. While many fans will mention songs like the oft used “One Winged Angel,” many of my favorites are the more subtle tracks such as “Anxiety,” “Trail of Blood,” and “From the Edge of Despair,” as these were reminiscent of what made me love Chrono Trigger and FFIII’s official soundtracks so much.

Eventually I would also purchase FFVII’s four disc OST, as well as those of Final Fantasy VIII through XII. I downloaded FFXIII’s soundtrack on iTunes and Final Fantasy XIII-2’s was included in my collectors edition of the game. I would also become a huge fan Yasunori Mitsuda, who Uematsu collaborated with on the Chrono Trigger OST, Koichi Sugiyama (Dragon Quest), Shunsuke Kida (Demon’s Souls), Hitoshi Sakimoto (Final Fantasy Tactics, Tactics Ogre, Vagrant Story), and many others. I would never have opened up to music the way I did if it weren’t for Nobuo Uematsu and his contributions to Chrono Trigger as well as his stellar scoring of FFVI. I’m still a huge fan of Hip Hop, but more than that, in no small part to Mr. Uematsu, I am a fan of music from all over the world. I believe that music like Mr. Uematsu’s is what helped to cement video game’s place as a serious form of culture, art, and media. Because of him, one of the first things I notice in a game now is the music, and composers like Austin Wintory (Journey) and Brian D’Oliveira (Papo & Yo) are quickly becoming favorites of mine.

So here’s to you Mr. Uematsu. Thank you for all of your beautiful compositions and for making me care about music. I hope to hear new things from you for a long time to come.

Here’s a list of the tracks Mr. Uematsu is credited with on the Chrono Trigger OST: