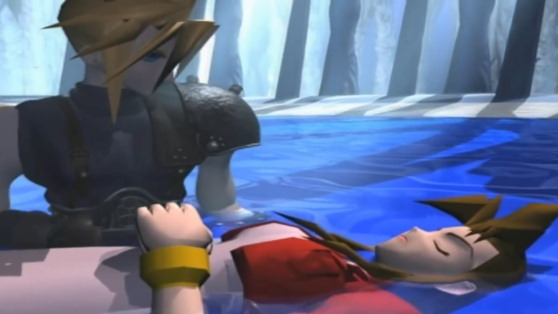 Even if we haven’t wanted to admit it, we’ve all known for quite some time that the days of abundant Japanese console role-playing games are behind us. If you’re like me, you kinda secretly hoped a few breakout titles would swoop in and save us from this seven-year drought we’ve been living through.

I believe we will see the number of high-quality JRPGs on major consoles continue to decrease as this generation comes to a close and the next one begins. We must accept this reality if we’re to make peace with the void that’s been left since the PlayStation 2 generation ended. Developers and publishers have tried to make JRPGs work in recent years but have found the task difficult. They’ve tried and often failed to deliver deep, engaging gameplay while attempting to create audio-visual blockbusters. Some have seen significant success; however, that has often come at the expense of the traits that made us fall in love with JRPGs in the first place.

It has to be damn tough for a publisher to ignore the financial successes of the Call of Duty and The Elder Scrolls series. Interestingly enough, the elements that make these two killer franchises so addictive are the very same components that originally made JRPGs so wonderful. I’m of course talking about exploration and leveling as well as developing and customizing characters. Hell, even Madden NFL let you do this in excellent ways until Madden NFL 13 came and ruined everything. If these elements have made games in other genres so great, why have JRPGs been forced to live out the rest of their existence on mobile devices and handheld consoles?

The iOS port of Final Fantasy IV marks the game’s seventh release in the U.S. since its original drop on Super Nintendo. Three of those drops have been on mobile devices, one was a PlayStation title, and the other was a Wii Virtual Console release. Why can’t this game find an audience on Xbox Live Arcade? I was told by what surely had to be a gaming industry expert on Reddit that “dudebros don’t play RPGs; that’s why you haven’t seen them ported over to XBLA.” Given the success of the Xbox 360 in the U.S. and the fact that most of the 50 or so friends I have on Xbox Live are not whatever the hell a “dudebro” is, I have to believe there’s a large enough market to make a Final Fantasy IV port on the platform at least a measurable success. Maybe I’m wrong. Maybe the dudebros and Microsoft’s issues with Japanese publishers and the Japanese market in general are enough cause for concern to publishers like Square Enix. Maybe that’s why Final Fantasy XIII and all it’s weird spin-off children are more interactive movies and convoluted storytellers than expansive JRPGs with loveable characters and memorable plots.

What did we major-console players do this generation to piss you off, Japan? Whatever it was, I apologize on behalf of the lot of us.

Was it the sales of early entries like Enchanted Arms, Blue Dragon, and Eternal Sonata that put you on the path to believing the genre might not work on 360 or next-gen at large? If so, I have to remind you that sometimes sales numbers come to light because the product is shit. None of these games were horrible by themselves. However, I’d agree to run buck-naked down I-95-South if you could manage to convince any significant number of gamers that these titles could even sit in the same room with the likes of Xenogears, Chrono Trigger, Final Fantasy IV, Final Fantasy VI, or Star Ocean: The Second Story. My point is that developers tried to set the JRPG tone for this generation with shitty games compared to what most of us had experienced in generations past. But as loyal as we are, some of us still bought these mofos to support you guys.

Or maybe it was Sakaguchi-san’s Lost Odyssey not pushing enough units here in the States that set Japan off. Heaven forbid the master of all things JRPG sell under a million. As decent as Lost Odyssey was, it still does not measure up to what many of us consider to be the greatest of its kind. At that point in the generation’s lifecycle, we were two years in without a system-selling JRPG.

As a matter of fact, I would argue that the U.S. did not see a system-selling JRPG until August 26, 2008. I not only think was Tales of Vesperia our first, but also have adamantly argued that it’s the best semitraditional JRPG this generation. However, if I have the story right, Microsoft cut a deal with Namco Bandai to make Tales of Vesperia a temporary exclusive on Xbox 360. So Namco Bandai dropped an extremely niche if excellent JRPG on a system that had already racked up several (arguable) losses in the JRPG sales category with no marketing to speak of. So is it our fault, Japan, that you sold less units than you would have liked? If your answer is no, you sure had a funny way of showing it since the PlayStation 3 version never came out here in the States. The roughly 270K-plus sales in the States shouldn’t really be seen as a failure since it accounts for half the sales of the best-selling Tales game ever, Symphonia. Not too shabby for a system monopolized by dudebros, right?

So at this point in the story, PS3 was on the scene. Less than three months after Vesperia’s release, we saw a little gem called Valkyria Chronicles. I’ve never played this game, but I’ve heard many a gamer rave about its awesomeness. VGChartz shows it sold just under 700K units. So maybe this was the great white hope we were all waiting for — the game that would prove developers could create a JRPG this generation and have it sell well at the video game box office. Unfortunately, while PS3 owners were basking in the glow of a great JRPG, 360 owners were watching Infinite Undiscovery and The Last Remnant flop in the sales department.

It was no coincidence that this generation’s Star Ocean was subtitled The Last Hope. It’s almost as if Japan was telling us, “This is it, America! If this one doesn’t win you over, you’re basically assed out and destined to have Square Enix pimp you with a gang of bastardized Final Fantasy titles.” Yes, I’m being overly dramatic, but damn if that’s not how things have been going for the most part in recent years. Star Ocean: The Last Hope swooped in and took home just under 500K units sold across both platforms in the U.S. Again, not bad for a JRPG in the States.

Besides the lousy launch JRPGs, I believe Japan made another crucial mistake in their approach to this generation. JRPG publishers had their developers focus too heavily on visual presentation. Given the small profit margins of JRPGs, with budget and time constraints, I believe that focus cost us a great deal in the gameplay department. I don’t know of a single JRPG that’s been nominated for the proverbial greatest-of-all-time award because of its graphics. While some of them are beautiful in their own ways, what earned them their stripes was their excellent gameplay. The magic lied in deep leveling and customization systems, gripping plots, and worlds large enough to get lost in. That, my friend, is what made and what still makes our best RPGs the best.

This focus on HD visuals and “epic” presentations caused you Japanese developers to lose sight of why we loved you in the first place. I love The Elder Scrolls. But I love her for different reasons than I loved your games, Japan. And truth be told, it’s because of you that I was ever able to love The Elder Scrolls in the first place. So stop trying to mix her photorealistic graphics into the formula that already makes you beautiful. And that’s not to say you can’t mix it up. I love Dark Souls, and I heard Dragon’s Dogma was actually pretty dope. But don’t completely leave your roots behind while chasing the latest hotness. Side note: You really could take a lesson from The Elder Scrolls and stop producing games with effing save points though, Japan. If you want to copy anything Western developers got right, please make save-anywhere systems the new norm.

I know some of the moves you’ve made were appropriate given the market shift to handheld gaming in Japan. However, I also believe you let your early failures this generation convince you that we Americans wanted you to start following hot trends. That’s where you dropped the ball. That said, isn’t it funny how all these retro games with old-school graphics and nostalgic sounds are the cat’s pajamas right now? Remember when you used to make games like that?

Oh, wait! You still do make games like that, Japan. Unfortunately for me, I don’t want to play games on a mobile device. So I guess I’m destined to play bastardized Final Fantasies (because let’s face it, Versus XIII is never coming out), and occasionally you may throw us a Ni no Kuni or Dark Souls bone. But it’s like I said earlier: the days of having too many great JRPGs to play on our major consoles are gone. I’ve accepted this reality.

If you are reading this, fellow American gamer, I advise you to do the same.