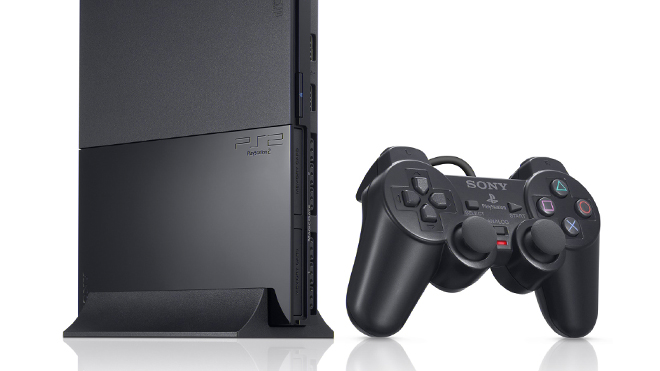 Well, my friends, it’s official. Sony has confirmed that production of our beloved PlayStation 2 has finally ended. After 12 years and over 10,000 games, no new PS2s will ever be made again. While many gamers may have hung up their DualShock 2 controllers a long time ago, this announcement adds a sad finality to what we all knew was inevitable.

The PlayStation 2 may be the most successful game console of all time, and for good reason. Much like the PlayStation 3’s ability to play Blu-ray discs, the PS2 had the extra selling point of also being a DVD player back when those things were all the rage (which kind of makes me wonder if anyone ever planned for a console with a VCR attached … probably not). It also had some great third-party support throughout its life span. Many franchises that gained their popularity on a Nintendo console — such as Final Fantasy, Castlevania, Metal Gear, and Dragon Quest — would eventually make the move to over to the PlayStation, and most of these found sequels on the PS2.

At the time of its release, the PS2’s only real competition was Sega’s last console, the Dreamcast, which was already losing popularity. It’s no exaggeration to say the PS2 firmly planted the nail in that coffin. Developers were moving on to Sony’s newest polygon-pushing powerhouse, and exactly one year after the release of the PS2, Sega would discontinue the Dreamcast, never again to release another console.

Above: Didn’t the Saturn say the same thing on the box?

It wasn’t until the release of Microsoft’s first home console, the original and enormous Xbox, in November 2001 that Sony’s juggernaut would begin to have some serious competition. Developers were now releasing titles on both consoles, but PS2’s exclusives helped keep its new and as yet unproven challenger at bay. That same month, Nintendo would also enter the ring with a fresh console, the diminutive GameCube. But without a single Mario, Zelda, or Metroid title available at launch, it took the GameCube a little while to pick up any real steam. The PS2 had a year of seniority, a steady release of quality titles from well-known developers, and a DVD player.

To further illustrate just how incredible the PS2’s longevity was, let’s compare the numbers. The Dreamcast (may it rest in peace, the poor thing) was released in 1999 and discontinued in 2001. Many would lament that it died before its time. The Xbox was released in 2001 and discontinued in 2007. Six years — not bad. The GameCube was also released in 2001 and went out in 2007. That 12 years is starting to look a lot more impressive, isn’t it?

What’s even more impressive is that Pro Evolution Soccer, the last title to come out on the PS2 in North America, was only released just last month. And the last game scheduled for release in Japan, the Final Fantasy XI expansion Seekers of Adoulin, won’t even be out until March 2013. Because the PS2 has such a ridiculously large install base, Sony continued to support it long after the release of the PS3.

The PlayStation 2 was home to many of my greatest gaming experiences. The epic Shadow of the Colossus, Metal Gear Solid 3: Snake Eater, Final Fantasy XII, Dragon Quest VIII, Katamari Damacy, and Shin Megami Tensei: Persona 3 and 4 are just the tip of very large iceberg. I still power up my PS2 and unravel the cord of my trusty silver DualShock 2 to play these classics from time to time.

But what about the future? Will the PS3 even come close to having the kind of longevity of its predecessor? Rumors of the inevitable PlayStation 4 are becoming more prevalent, as are whispers of Microsoft’s next console. Tech demos for the next generation are already being shown. With the added competition of veterans like Nintendo, newcomers like the Ouya, and the recently announced Project Shield, does Sony have its work cut out for it? If the lifespan of the PS2 is anything to go by, the PS3 might very well be supported years after the launch of its successor, which is all right with me since I’ll likely be unable to run out and buy a new console anytime soon.

But what do you think? Will the long years of support for the PlayStation 2 set a new precedent for console lifecycles?

Either way, today I say farewell to the PS2. Thanks for all the memories.