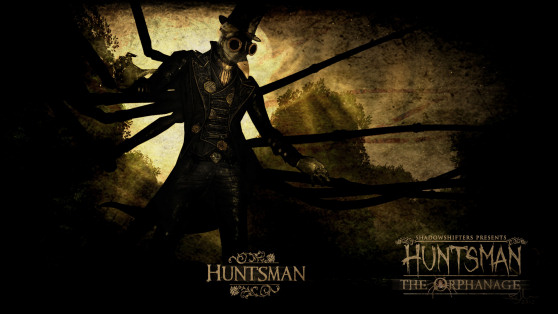 On one hand, I’m an indie horror-survival game developer. I want my players to experience that tingle of apprehension, the pay-off of a truly fearful thrill, the relief of escaping a tense situation, and the fight-or-flight response that adrenaline brings.

But on the other hand, back out here in the real world, I watched my mother shoot my father with a semi-automatic rifle. I grew up in a subculture of violent retribution where people have been killed with a circus tent peg for marital indiscretions or had their knees broken for nonpayment of a debt. I’ve had a pistol pointed in my face by a masked hoodlum, and I’ve stood face-to-face with my father as he put a shotgun in his mouth.  So I have some experiences that affect my perspective on violence, guns, and blood in gaming and in life.

The public spotlight is once again focused upon the validity of graphic violence as a form of entertainment.

It seems to take a tragedy such as Newtown to stir the debate and raise questions that we should, arguably, always be attempting to answer — not just for the government inquiries and finger-pointers or the 300-plus souls lost to school shootings within the U.S. alone, but for ourselves as producers and consumers of demonstrably and increasingly violent media. Is it really OK? Where does responsibility actually lie? Entertainment? The NRA? Parenting?

The entertainment industry’s general refusal to self-examine is not the correct response to the present accusations of culpability for gun violence.

The current “we are blameless — look elsewhere” approach doesn’t offer cogent discourse as to why gaming, movie, and TV violence is not the core problem, and it doesn’t inform or expand the inevitable and ongoing debate.

In fact, blocking discourse implies guilt or even worse, ignorance. It’s a blanket denial when what’s required is some self-analysis. Our entertainment industry needs to look inside itself at the worst excesses and curb them — same as in any other industry. And we also need to offer an ever-increasing range of innovative entertainment alternatives.

Straight-out denial just makes us look like we’re wrong, and 100 percent defensiveness is harming our industry. A little self-examination followed by a little innovation would go a long way to reconciliation and progress.

Gun violence is not only a “gun availability” and a “mental health” issue; it’s also a “cultural environment” issue.

Think of society as a child growing up in a home that glamorizes violence and that represents guns as a solution to problems — guns represented as a means of expression and release and guns as a way of righting perceived wrongs and injustices. What happens when, for some individuals within that society (our hypothetical “child”), the ability to reason as to what is a valid injustice worth another human’s life is compromised by mental and emotional health or stress?

Now instead picture a society that glamorizes strong leadership by people who value reason, strategy, acceptance, and negotiated outcomes in a country that disallows private ownership of firearms — one that sees guns actually being the problem. Oh, and this society has a real commitment (and an associated realistic budget) for dealing with social and mental health issues, thereby aiding the unfortunate and the infirm while protecting “normal” citizens from the extreme sociopathic outbursts of a few. There are some countries like that, and they score the highest on the lists of the most desirable places to live on the planet.

Games, movies, and TV are part of the overall cultural environment.

U.S. entertainment culture does contain elements that are predominately ultraviolent, and combined with a deeply entrenched precept of every citizen having the right — the responsibility, even — to bear arms, we have a recipe for tragedy.

It was put to me on this same day in which I write by an entertainment industry figure whose intelligence I greatly respect that when it comes to violence, “glorification and causation are two different issues.” This person continued by saying that if we were to get rid of the causes of societal violence, then the continued glorification of violence would be of no consequence. I disagree.

Glorification of any one aspect of human potential always matters; mass culture is the parenting influence of a nation. To place ultraviolence on a pedestal above all other behaviors sets a tone and sends a message that violence is a valid expression of personal angst, rage, frustration, or slight. You may argue that it is indeed a valid expression, but how far is too far?

As an example, I once stood in a New York toy store and witnessed a customer pull a gun on a sales clerk — over a toy train refund issue. “Tell me you’re f’n with my rights! Go on, say it! Say it!” he screamed.

Let’s look for causation everywhere rather than deflect any responsibility for the contribution of our entertainment industry’s messaging.

But that’s not the whole story — the future of entertainment could be on its way.

Right alongside the extreme cases of ultraviolent content are vast numbers of entertainment products that serve much higher purposes and some that are just plain fun at no one else’s expense.

Still, other entertainment products aim to provide the same primal thrills that violence may trigger and tap in the same brain chemistry without actually relying on violence itself as the medium.

There is much more exploration to be done in this area — more innovation needed, more experiments that must fail and succeed before we can offer viable alternatives to our industry’s customers. That kind of innovation may be born in the indie production camps as the financial rewards may not become evident for quite some time. But from whereever the new games, movies, and TV spring, we should all watch and listen and explore. This could be the future of entertainment.

The alternatives to ultraviolence.

Here’s my personal take on the question of alternative gaming experiences: I believe that we can produce scary and exciting entertainment without using buckets of blood. I base this belief upon my own life experiences, ranging from working the “Hairy Hand” in the Haunted House on the showgrounds through to facing real-life blood and gun violence.

If we “push the same buttons” by manipulating the boundless and uniquely human resource of imagination, we can allow our players to scare themselves to whatever level they wish to attain. As soon as we replace the literal and graphic representation of violent conflict with nervously anticipated unknowable threats, we discover that what we imagine and anticipate on a personal level when confronted with these suggested threats can be as strong as or stronger than the fear of the known.

So personally, I’m producing an effort in this direction by making a horror-survival game that aims to thrill you. Without weapons. Without blood. Without physical violence.

And it won’t please all people all the time, but it may contribute to the quest for thrilling immersive entertainment that leverages the power of the human mind to scare itself silly without everything being provided on a plate. We shall see. This is just one man’s search for viable ways of producing equally adrenaline-producing alternatives to the clichés of “shoot everything in sight with your bazooka.”

Huntsman: The Orphanage relies upon simple, basic human psychology in order to create the tingles of fear and excitement we all enjoy. It’s sitting in the top ten on Steam’s Greenlight and has well over 165,000 hits, yet it has no acts of violence, no weapons, and no blood. Of course, it isn’t the only game of its kind in existence. All I’m putting forward is that we should talk about there being more produced, exploring more territory, so gamers have a greater number of higher-quality options. Take a look at the current gamer demographics — as you know, it’s no longer only male, aged 18-24. It’s everybody.

Who’s going to forge the future of gaming?

Well, right now, it’s only motivated indies. Just like Hollywood, we can’t expect too much innovation from the giant triple-A devs. They’re constrained by the bean-counters and answerable to their stakeholders. Whatever sold last year, make more of it.

So there is the challenge. The gauntlet has been thrown down, and now is the time for … all the comments highlighting the exceptions to all that I’ve said above. May the open debate continue.

Dene Waring is the indie developer of Huntsman: The Orphanage, an alternative horror-survival game project on Steam’s Greenlight voting platform.