Last Friday, Vice President of the United States Joe Biden met with some representatives of the video game industry as “part of the Administration’s effort to develop policy proposals in response to the tragedy in Newtown.” For anyone in the White House Press Corps, January 11 probably constituted a slow news day, but for members of the gaming community, Friday’s meeting was a crucial moment for the growing medium.

First we saw Kris Graft’s proposal at Gamasutra to ignore the White House altogether and simply refuse to attend the discussion to which the gaming industry had been so graciously invited. Then Casey Lynch at IGN shot back with a brutal dose of realism, explaining to Graft, “You suggest that participation implies some level of guilt and forces us into a defensive position, but our refusal to cooperate makes us appear that we have no defense to offer our accusers.” But by Friday, the morning before détente, the Gandalf of gaming himself, Ian Bogost, entered the fray to point out the necessary futility of any such meeting. 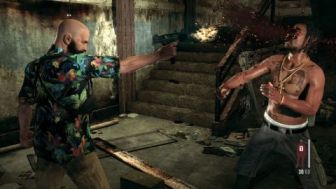 Writing at The Atlantic, Bogost argued that the entire public discourse surrounding video games and violence was already so hopelessly corrupted that no meaningful conversation was even possible. Discussing “video games” in the context of a meeting on gun related violence has the effect of limiting the medium to its most violent incarnations rather than expanding the public’s understanding of it to include games which allow players to interact in many ways — not just through killing,

“Once more, public opinion has been infected with the idea that video games have some predominant and necessary relationship to gun violence, rather than being a diverse and robust mass medium that is used for many different purposes, from leisure to exercise to business to education.”

This is undoubtedly true. 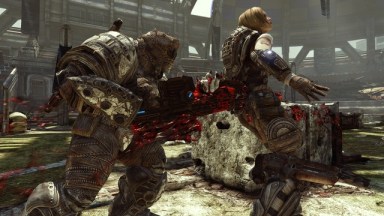 And yet politics makes strange bedfellows. The games industry, as the term indicates, applies to one specific part of the gaming medium: the moneyed part. It is the same part responsible for most of the games that the NRA, certain parents, and a handful of national politicians take the time to criticize. The issue then is that the bed which many industry “leaders” must now lay in is one that they built with their own hands.

Consequently, it’s odd that someone like Bogost would take the time to weigh in on corporate strategy. Which is what nearly everyone who wrote about last Friday’s meeting was undoubtedly talking about. Those who took part in the meeting were predominantly larger video game corporations, including publishers of the most violent and, more importantly, most banal video games, and also industry associations like the ESA and ESRB. Representatives from the Sesame Workshop as well as university researchers were present of course, but you can bet that it was the Robert Koticks and John Riccitiellos who did most of the talking.

Bogost is right; Biden’s meeting with games representatives on Friday was a farce. But it was not the administration or NRA that made it so: The games industry did that a long time ago. The problem isn’t that members of the gaming community are so eager for political, social, and cultural validation that they’re willing to take part in whatever Alice in Wonderland-style tea party they get invited to. That is perfectly normal. And Bogost was, in part, proposing just that. What he wants is for the conversation about video games to expand past the first-person shooters which too often dominate them. Unfortunately, that’s not something a Presidential commission can fix. 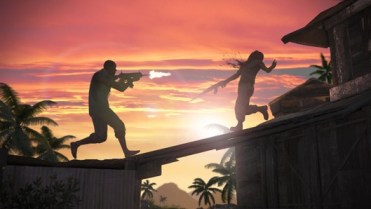 The fault lies not in our stars, or even our politicians, but in ourselves. Just look at the best selling games of 2012. The list demonstrates an unsettling duality. We like to dance and sing in video games and throw a digital pigskin around. But we also love shooting to kill. The list bounces back and forth between grizzly murder simulators and normalized scenarios like franchise soccer. Karaoke and field sports, however, long predate video games. Unloading thousands of bullets into hundreds of enemy avatars in satirical wild west environments or on jingoistic military campaigns do not. This is at least one reason why the industry seems to be perpetually defined by its most violent elements. Not only do we buy these games year in and year out, but they’re also a genre with an identity and conventions which originated with, and remain inextricably linked to, the broader video game medium.

In truth, last Friday’s meeting was entirely beside the point. By all accounts, it consisted of several public and private officials just going through the motions. There is no “silver bullet” the vice president said after the meeting — a less than impressive insight. And the gaming community was ill-informed if they expected anything else. Democratic politics is about debate and negotiation. In order to retain the rhetorical upper hand, the administration necessarily had to meet with all of the actors which the NRA had scapegoated during its post-Newtown press conference not long before.

In doing so, the government has “given everyone a voice” and “kept every solution on the table.” Video games were a pawn, one of many desperate gambits, and in making a good show of discussing them last Friday, the administration was able to neutralize that argument from the anti gun-control lobby. Video games are off the hook because they were never on it, despite the gaming community’s defensive paranoia to the contrary.

But that doesn’t mean the issue’s been resolved. 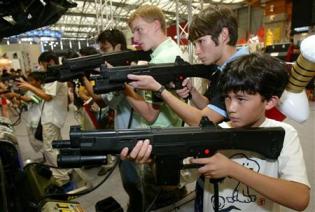 The fact remains that video games have a rep for being adolescent bastions of digital sadism because many of them still are. Maybe that doesn’t have the negative effect of inspiring troubled youth to be violent in real life — and all the best preliminary data says it doesn’t. It does, however, mean that most of the time and money invested in video games revolves around uninspired yet addictive feedback loops predicated on repetitive digital slaughter. Which is to say a waste of time and an especially brutal one at that.

People are, of course, allowed to spend their time however they see fit. In our modern age of non-judgmental libertarianism, you are as free to blow a Saturday wasting zombies or carrying out “hits” on sensitive “targets” as the next person. I don’t think I’m alone though in wishing that the gaming media landscape was not so disproportionally skewed toward power fantasies of male aggression. More Minecrafts and Journeys, more Fezs and Walking Deads (a game that employs violence with a purpose) — fewer Call of Dutys and Gears of Wars.

Fetishizing violence isn’t isolated to video games either. A culture of normalized violence permeates movies and television as well. And yet, as has been noted before, we know and laud those mediums for their best exemplars, unlike video games in which critical and consumer attention is disproportionately focused on some of the most violent and shallow products. Movie writer, director, and producer Quentin Tarantino uses obscene violence to entertain and critique; most video games of comparative production value use it only for titillation. That is the problem.

This problem existed long before the President convened a task force to address issues related to gun violence and can’t be solved just by trying to change non-gamers’ opinions about video games. The issue is not that the rest of the public doesn’t know enough about video games and how many different kinds there are. It’s that we, as a consumer base and members of a cultural community, have allowed video games to be unduly influenced by the lesser angels of our baser nature and by the companies which are only to happy to indulge them and get rich by doing so.