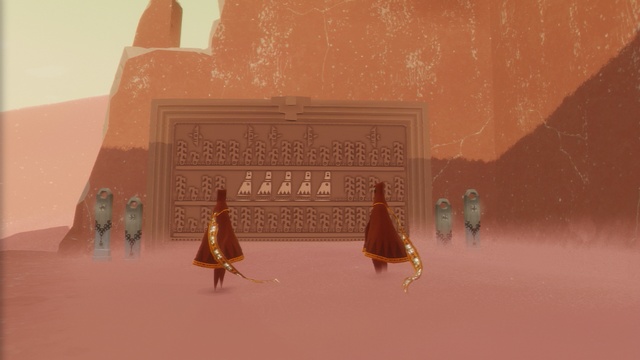 Film buffs will tell you that nothing is quite like seeing a great movie in a theater on opening night. Hip Hop fans will tell you that seeing Wu Tang Clan perform live is an experience like no other. An art history major might shed a tear by simply being in the presence of his favorite Matisse. Literature enthusiasts will gush about how thrilled they were when they finished their favorite novels. While all of these examples can simply be considered entertainment, for those passionate about them, they can be a lot more. They are experiences. Unique and memorable events that leave a lasting impression and are not felt very often in our day-to-day lives.

Video games are, arguably, the most interactive form of entertainment we have, and yet, they have been slow to achieve the kind of experiential status that is often associated with art, music, literature, and film. Last year saw the release of many titles that challenged this notion. Among them was Thatgamecompany’s PlayStation 3 exclusive, Journey, which has received heaps of praise and made many video game enthusiasts’ Game-of-the-Year lists.

Those who have already played Journey already know that it has been hyped and lauded for good reason. Few games ever come close to accomplishing what Journey does so well: It delivers a true “experience.”

In a recent interview with Buddhist Geeks, designer Michaël Harboun discusses contemplative design and mentions how the medium is beginning to outgrow the term “video game.” “I consider video games as being product, not as being rudimentary video game,” he states. “I don’t like the video game anymore. I would just like to call them ‘experiences.'”  He continues on to cite Journey as an example of a game as an experience because of the way it allows players the freedom to just “go with the flow.”

Harboun also suggests that games have a greater potential than most give them credit for.  “I think that video games have the potential to alter our state of consciousness the same way that music or cinema or literature does,” Harboun says. “I feel like if video games can adapt — can basically, like, help us alter our mindsets in a way which makes the positive side of things emerge.” 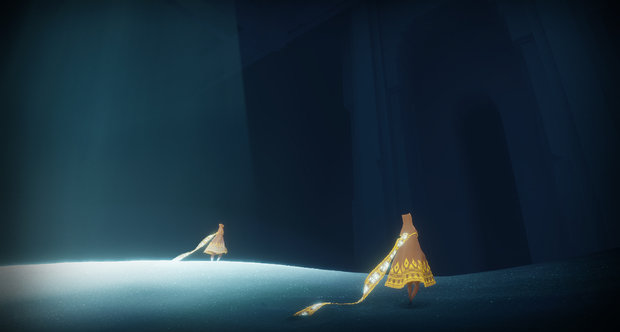 What makes Journey stand out so much as an experience can perhaps be linked to its inherent spirituality. Thatgamecompany’s director Jenova Chen has openly discussed the game’s religious themes many times and has said that “many religions share an affinity with Journey.” Reviewers like James Plafke agreed and said “the game doesn’t shove any kind of religion or specific religious ideals down players’ throats but encapsulates broad, basic themes of a higher power and the journey toward self-discovery and motivation to which most religions adhere.” Some players even created a blog where they could share their experiences with the game.

The religious experiences shared by those who play Journey is not an aberration. Its reputation even led to it being played by members of a church during a Sunday service at Exeter Cathedral in which the clergy called on Andy Robertson to test his ideas about the potential of games by including one in a “more meaningful context.” The first game he chose for this experiment was none other than Flower, Thatgamecompany’s second PS3 exclusive title and a game that shared praise similar to Journey for its contemplative design.

Granted, many of us who are long-time, passionate gaming enthusiasts will have a tale or two to tell about the “experiences” we have had playing games way before Journey came along. But the fact is that games like Journey are unlocking the potential of the medium. More than ever, video games are in conversation with art, film, and music. Austin Wintory, composer of Journey’s magnificent soundtrack, has even been nominated for a Grammy Award for his work on the game’s original score.

Games are being talked about in religious contexts from Buddhism to Catholicism. People are coming together to share their experiences, and Journey is only one example of the direction games can go. The awkward teenage years are over. The growing pains are just beginning to end. Games are finally starting to unlock their full potential, and it has nothing to do with lifelike visuals or billion dollar budgets. It has to do with their ability to let us experience.