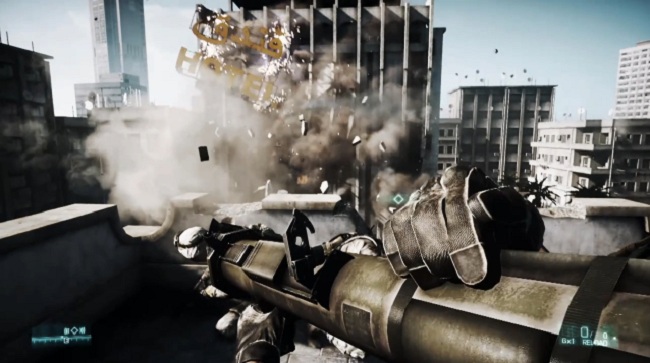 The only video games I can recall ever depicting women in military combat were in the science fiction genre, and that’s pretty telling now that I think about it.

With the U.S. opening up direct combat roles for women on the real battlefield, it’s yet another step for cracking open the boys’ club that is the military. But I wonder how long it will take for video games, another distinctive boys’ realm, to reflect this new reality. It hasn’t happened yet, and honestly, women have been engaged in combat for quite a while even if the government only now chooses to recognize it in an official capacity. As U.S. Rep. Tammy Duckworth, a wounded veteran from my home state of Illinois said, “I didn’t lose my legs in a bar fight.”

This isn’t an indictment of game makers’ gender sensitivity. I bring this up because it is a good example of how the gaming industry — despite the number of women who play video games — still has a male-centric mindset that needs to evolve. Women have been playing a role in combat, but it’s never been adequately recognized even in the overabundance of military first-person-shooters released each year. Now that women will be officially recognized for those direct combat roles, it would be a good time for games to start reflecting it. It’s even possible the game industry could play a constructive role in helping future generations adjust to this change.

Entertainment factors into tempering our thoughts about a subject. Young men are playing these military shooters; some of them will go into service. It might do them a lot of good by the time they get there to have played a game where one or two of their A.I. squadmates in Battlefield 4 or Call of Duty: Whatever were women because it is going to take long enough for some of the men already established in the military to accept women as equals on the battlefield.

If game makers want to craft realistic military simulators from here on out, they’re going to have to address this change and study what it’s like for women in battle. It would reflect poorly on the industry if five years from now games were still showing all-bro teams in the military and ignoring the elevated role some women will inevitably be playing in real combat.