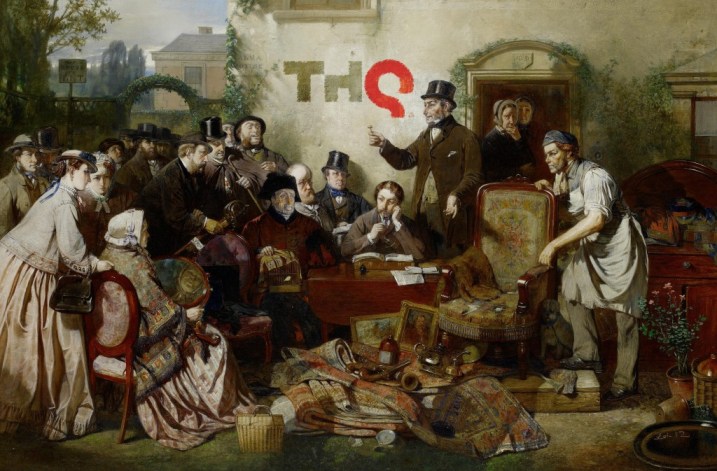 The auction is over and the results were not quite what everyone had expected. After a long year of expectations, fiscal results, and grim news, a number of THQ’s pieces have suddenly found themselves in new hands. So here are just a few of my own thoughts on what may have shaken out over who bought who. 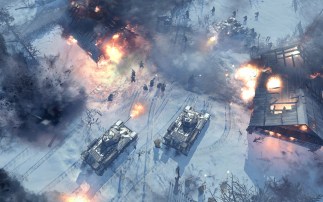 Above: If you don’t prefer Romans, Sega will be serving up Soviets and Germans, heavy armor, and encouragement to do your duty from the NKVD…comrade.

Everything associated with the Company of Heroes line, not just the upcoming Company of Heroes 2 game, has now joined Creative Assembly in Sega’s strategy portfolio giving them two of the most popular PC brands out there today squeaking by Zenimax Media’s bid by $300k. Stalin will have to win his Great Patriotic War without the Dragonborn.

It’s an interesting purchase from a company that has seen its fortunes slide in the last year. In Sega Sammy’s Q2 report for 2012 ending in September had slight declines in a number of categories, though Sammy’s pachinko business still pulled a lion’s share of the revenue.

Sega is also becoming more involved with the digital distribution. If you haven’t been paying attention to Steam, XBLA, or PSN lately, you can snag quite a number of their classics for pennies. Their new free-to-play MMO, PSO2, which is expected to launch in NA later this year, will be relying on microtransactions.

It also makes sense given how little press any of their packaged releases have gotten from Binary Domain to Anarchy Reigns – unless you were online to see any of the news. Moving more PC-oriented games into their RTS stable sounds like a safe bet.

Ubisoft bought THQ Montreal and its associated titles, 1666 and the previously-unknown Underdog. 1666 is also Patrice Desilets’ project. The developer, who was the creative lead for the first and second Assassin’s Creed titles before leaving for THQ in 2011, is now in an unusual situation of technically being back at the company he left. Whether he stays onboard or not is still anyone’s guess even though his contract shows up as a part of the assumption list for Montreal.

It’s also too early to tell just what buying either one of these games means. Little is publicly known about them aside from the historical Great Fire of London taking place in 1666. 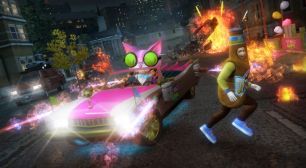 Above: Professor Genki and his friends will hopefully be allowed to tear up their new home at Deep Silver as they did under THQ.

So who is Koch Media? Console gamers might know the German company better by their games label, Deep Silver, who published Piranha Bytes’ Risen series and Techland’s buggy zombie masher, Dead Island. Deep Silver also has a reputation for publishing space sims such as the X series along with a potpourri of strategy titles on the PC where most of their games are found.

Snatching up the Saint’s Row property and Metro in one auction is likely a ploy for the company to break into a much larger audience for its games, something it clearly thought was worth the nearly $30 million they spent in betting on them. So if you haven’t heard of Deep Silver before the auction, you will now. Big time.

Though little to nothing is known about what Evolve is, this part of the auction was interesting because the studio behind the game wanted to buy their own IP only to be beat out, Handsome Jack-style, by Take-Two’s loot drop of $10 million.

But who is Turtle Rock? Gamers may know them better for the first Left 4 Dead and their work on Counter-Strike for next-gen consoles. They were even a part of Valve at one point before briefly closing in 2008 and then re-opened as an independent studio in 2009.

Whatever Turtle Rock is developing, they wanted the rights back to it badly enough to make their own bet. They were reportedly working on a new FPS concept called “Wild” in mid-2011, a project that was also expected to be using the newest CryEngine, something that the assumption list for Evolve notes as a license agreement with Crytek.

Hopefully Take-Two will leave them alone and give them what they need to make their passion project a reality, whatever it might be now. 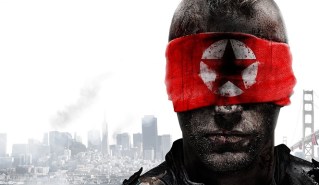 Above: Homefront 2 isn’t the first dance with North Korea that Crytek has cut the development rug with. The first Crysis had them, too. With nano-powered armor.

Crytek has been on an expansion binge over the last several years opening offices from the Ukraine to South Korea and, more recently, in the backyard of the founding brothers’ ancestral Turkey, challenging Epic Games’ position as the best known engine developer of the current generation. CryEngine 3 has been finding licenses everywhere from MMOs to developing space sims like Chris Roberts’ Star Citizen.

In early 2009, the they acquired Free Radical Design (Timesplitters) and renamed the studio Crytek UK who, in 2011, was officially outed by THQ as the developers for Homefront 2.

It seems Crytek thought that Homefront was important enough to bid an odd amount for it despite the first game’s troubled development and lackluster reviews, though it sold decently enough to tickle Crytek’s interest. If there was one thing that Homefront tried to do well, it was within the details its artists lavished on its world and an okay multiplayer mode. Whether the Timesplitters devs can turn it around and make the sequel a serious contender for players’ FPS dollars in the next round, however, is the big question.

Up in the Air

Both EA and Activision were notably absent. At the same time, however, they have enough of their own shooters, RPGs, and strategy games to contend with.

It’s also too early to guess just how many people from each of the studios purchased are going to remain. Hopefully, everyone involved will still have a job once the usual corporate gyrations over headcount are settled.

The auction was largely focused on specific properties – Saint’s Row, Evolve, Metro, Company of Heroes, and so on. But a big question is what happened to the rest of the IP? What about Red Faction which Volition had worked on or Relic’s Homeworld? What about those?

THQ is apparently planning a separate auction to take place sometime in the next few weeks to deal with those questions. But a larger one involves the fate of Vigil Games which literally shuttered after receiving no bids.

Vigil, founded by comics legend, Joe Madureira, with David Adams, it was responsible for the Darksiders series whose apocalyptic setting, unique comics-style visuals, and titanic characters lent its mash up of God of War and Zelda-like gameplay the kind of cred that more than a few fans enjoyed.

Above: What would Darksiders be like if Bayonetta, Madworld, and Anarchy Reigns were also thrown into the combat pot?

Unfortunately, the series was arguably not that much of a financial blockbuster. By October of last year, THQ was reportedly disappointed in the sequel’s initial sales, putting the continuation of the series in doubt. It was also a concern voiced as early as August by its lead developer, Haydn Dalton, who noted that the future of the series would rely on how well the sequel sold.

THQ should be credited in standing by the series when it didn’t have to though not much of a stretch to think that Vigil’s fate came down to the wire with Darksiders II. And having wrapped it up recently, they were far and away from finishing their next project despite how excited he had been for it – an unfinished product named Crawler that sounded fantastic though apparently not fantastic enough for bidders to come forward.

Still, there might be hope. Atsushi Inaba, the head honcho over at Platinum Games, expressed interest in Darksiders continuing a trend among a number of Japanese developers looking to partner up with the West.

But it was with a caveat – as long as it was “cheap” — reminding me again, alongside the layoffs at Vigil, of the other side to creating worlds at that level and why Bayonetta 2 is only on the Wii U. With as much concentrated creative energy as there is within the industry, it’s still hard to shake how much of a business it can be.