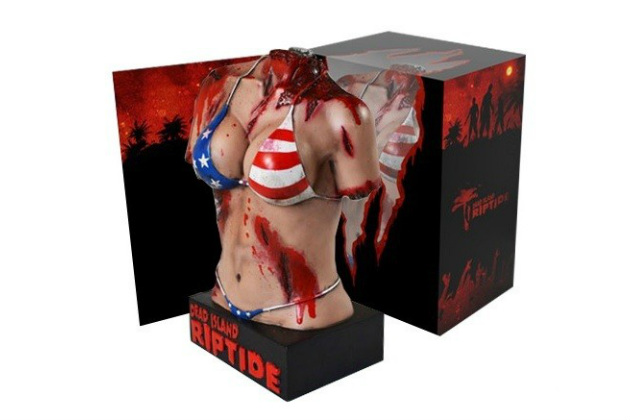 We all (men and women alike) should be insulted by the idea that a blatantly fake representation of anything could somehow influence us to believe that that representation is “normal”. It perpetuates an unapologetic disregard for the concept of fantasy, and houses the underlying belief that we’re nothing more than infants — people in that impressionable stage where almost all information we receive can be considered gospel.

This is something that videogames have struggled with for a while now; either those unfamiliar with the medium blame it for contributing to problems, or its own supporters will cherry pick elements of gaming and geek culture that make them uncomfortable and turn them into “serious” issues. Dead Island: Riptide’s Zombie Bait edition, though only one small example of many, recently reopened the constantly festering wounds of “sexism” and “sexual objectification” that people regard in the medium, and, as a result, the usual arguments were left on repeat … again.

But, while the sensual side of gaming was busy restating its distaste for that which it deems discomforting or “inappropriate” (in this case, it was a plastic, headless, armless, well-endowed female torso wearing a Union Jack/American Flag bikini top), those sound of mind were reminding themselves that responsible gamers and reasonable adults are rational enough to understand that fantasy and reality are completely different and easily distinguishable.

Reasonable thinkers were also aware that, as nasty and potentially disturbing as this figurine was, it had no physical effect on anyone or anything, therefore any issues with it were relatively pointless. 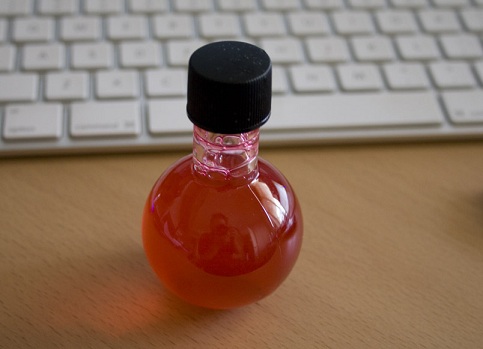 “Because of games, I drank red Kool-Aid expecting my hemorrhoids to heal.” -Nobody ever

The hypocritical oath of the politically correct.

I’ve always been fascinated by people in this industry who constantly argue that sexual objectification and inappropriate perspectives in the medium can somehow influence or “reaffirm” those beliefs in others. I’m enthralled because I wonder what it’s like to have one clear-as-day view that is completely and blatantly contradicted by another. To the outraged few, a plastic, bloody, half-nude female torso can make anyone think the real joy of women lies solely in their physical form,  yet that same false representation cannot instigate a desire to rip those forms to shreds. But why? One is just as fake as the other, after all.

Though I didn’t want to, part of me laughed at the venom spit toward Dead Island: Riptide. On top of arguing that that female bust “wasn’t real art,” which nobody can tell you what is (not even artists), people questioned its purpose, as if it meant to be anything other than silly. Even more oddly amusing was how it didn’t become an issue until it was a woman being portrayed. Never mind the fact that it was a disgustingly bloody representation of a person … any person.

What this told people like me was, if it has been decapitated, has deep skin lacerations, an exposed ribcage, no arms, and it’s missing its goddamn head, it’s not a problem at all. That’s totally appropriate. If it’s got boobies, stop everything. We’re taking creative advantage of the female form here, along with encouraging people to take physical advantage of it.

I pray that people can see the blatant inconsistency of logic here. One type of fantasy isn’t any less or more real than another; it doesn’t matter what the emphasis is. Violence is so celebrated in geek culture that we’ve made an identity out of killing people even after they’re dead (yay zombies). It shouldn’t matter what type of person is on the receiving end of that fantasy violence. If it matters to you, however, then saying you “regard everyone equally” is questionable.

“We’re all offended all the time, and we don’t have a fucking right not to be offended.” -Penn Jillette

Dance where you like, just not in my presence.

Considering what has just been said, it basically all comes down to what the boundaries of the offended party are. Knowing that only certain things offend any one person is an easy way to conclude that such a matter, in all its forms, is a weak argument to have against that which can be deemed inappropriate. It’s also not a very intuitive way to make the world a truly better place, considering how it’s typically based on an individual’s own delicate sensibilities.

Why should others adhere to my emotional comfort level? What value lies in tip-toeing around certain things for the sake of preventing my “hurt feelings”? Even if those were plausible approaches, only some things would be addressed … namely those that only apply to me. Again, I could have absolutely no issues with the gruesome nature of a fake, headless idol, yet be completely disgusted by the objectification of its female qualities. It would be one over the other, even though I’m certain someone else could personally and tragically relate to decapitation.

Do you not recognize the fallacy here? In a world where we all have our preferential dos and don’ts, the only real result of this approach is that we all stop talking, stop expressing, stop commenting, and certainly stop joking. Everything you see offends at least one person at some place around the globe; to acknowledge that petty feelings are as pertinent to a person’s wellbeing as, say, not getting shot in the butt, you open yourself up to a boring world of padded corners and riskless endeavors.

Plenty of things offend me, but I let them slide because it’s more practical to have thick skin than to child-proof everything. Though it is my prerogative to distance myself from that which disturbs me, I’ve opened myself up to a diverse world of both filth and beauty. It’s liberating, especially during this amazing time of interactive storytelling. I highly recommend this approach.

“‘I find that offensive.’ It has no meaning. It has no purpose. It has no reason to be respected as a phrase.” -Stephen Fry

Condemning the sea for sunken ships. Abhorring the words, yet blaming the lips.

It doesn’t take a learned historian to understand that this conflict — burning a book in the name of comfort — isn’t exclusive to any one medium. Art and creative expression have faced unfounded scrutiny since they were first revered by the masses. A particular comment or depiction that dismisses, questions, trivializes, or reflects anything related to anyone in an uncommon or unwelcomed manner is deemed affronting and unnecessary. Subsequently, such content is then hated, vilified, and expected to disappear, entirely.

Depressingly enough, actual gamers advertise these same qualities when it comes to specific elements that their own medium can feature. They effectively shoot themselves in the foot because gamers, of all people, should understand the deeper qualities, intent, and long-term effects of games. Rather than that, though, a lot seem to cherry pick what is and isn’t acceptable. Gamers will go to the matt in defense of the medium, so long as it’s about something that they’re OK with. Once that line of theirs is crossed, they regard it in the same baseless fashion that most non-gamers addresses violence. They advertise a basic misunderstanding of the “art” side of games.

Such people need to try thinking of art and expression not as a window, but as a mirror. What you see is typically a reflection of the room you’re in, not a portal into another self-contained environment. If anyone spots something in a game that they feel is detrimental, blaming the medium (and even its creator) is as ineffective as addressing a gangrenous wound on the surface. Entertainment is not and never will be the problem. Society, primary culture, and personal upbringing are.

To all you clean freaks out there: This attempt to scrub videogames spotless will ensure you a tidy home, yes, but it doesn’t begin to address the mess outside your front door.

“Funny people should just be left to try to be funny.” -Patrice O’Neal

Tear down the walls. I’ll decide where not to go.

These concerns and issues we have are all a matter of personal choice, and most of us choose to leave our reality at the door before cavorting through the fields of artistic expression. To the creative mind, “all or nothing” is the only philosophy that makes sense. As I see it, anything and everything can be art. Whether or not it makes you want to kiss a puppy or shed a tear is another story.

In the end, we don’t walk away bloody or broken from these things. If art is ever emotionally messy, nothing needs to be mended or healed. That’s what is miraculous about it; we can experience some of the most horrific, mind-scarring events one could endure, yet walk away unscathed (and, if we’re lucky, with a somewhat broader perspective on the world).

This should be celebrated, not discouraged. And yes, though some of those perspectives rub us the wrong way, and a small few are even cases of legitimate hate, scorn, and contempt, art and entertainment are the safest ways to deliver the diverse views of this world without any skin broken.

Humans have been creating for thousands of years, and videogames have only just arrived. As far as we know, this is the one and only moment of our existence, and we just barely hit the “interactive media” mark. How lucky we are to have doorways into worlds unlike our own, and now have the ability to actually explore those worlds.

And how unlucky we are to share that ability with individuals who concern themselves with locking those doorways it provides.