Good or bad? You’ve got to pick one, and you need to be consistent or else instead of smiting your enemies with holy fire or damning them to the pits of hell, you’re left warming them with a blessed match or scolding them with an evil looking pothole.

That’s how most morality systems work in games: You’re presented with the choices between good and evil, which tend to have options that leave you either a saint or the kind of monster who eats babies … not because he’s hungry but because he thinks it’s a really good time. And you had better commit to this choice because otherwise you’ll miss out on the all the truly powerful abilities which are always bound up with these moral choice systems.

The question, then, is: What’s a better way to implement a moral choice system?

Well, we certainly have exceptions to the above framework: Mass Effect, for instance, tends to do a pretty decent job of making the Paragon/Renegade dichotomy into something that, at its best, is really an interesting choice between two different philosophies. And the Renegade Shepard, to the best of my knowledge, never once eats a baby. We should laud this, as it is leagues ahead of many, but even the first Mass Effect falls into the trap of absolutely requiring a commitment to one philosophy or the other. If you aren’t committed enough, your reputation as a middle-of-the-road sort of fellow is liable to be insufficiently impressive and thus deny you access to the best conversation options and plot outcomes. 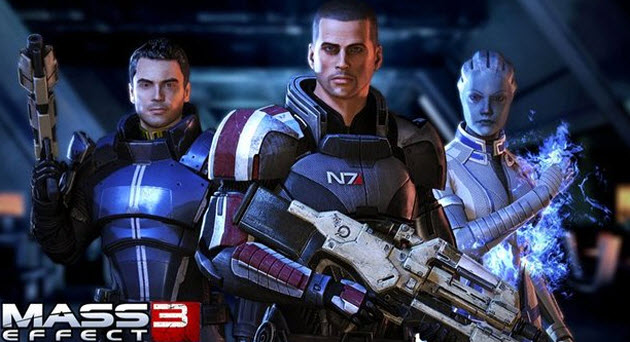 Even though the Paragon/Renegade dichotomy is more interesting than most, it still becomes incredibly formulaic and not helped by the conversation wheel. Playing as pure paragon or pure renegade is encouraged and requires no thought: simply select the top option for paragon and the bottom for renegade. You can even forgo reading them most of the time.

But this actually proves to be an advantage, occasionally. The formulaic nature of the vast majority of the choices — and their clear-cut nature — mean that the occasional complex and interesting option is effectively highlighted and brought out more strongly in the player’s consciousness. For instance, when Shepard in ME2 encounters a pair of looters, the formulaic paragon player is faced with the very strange option of either scolding them for looting, in precisely the same way Shepard does routinely (in that very same room, in fact), or leaving Paragon points ungained. The choice of what to do with the Heretic Geth in Legion’s loyalty mission has been covered ably elsewhere (specifically, by Extra Credits here), but I will point out that it is likewise made more effective by the formulaic background against which it stands.

Is this how you make a worthwhile moral choice system, then? 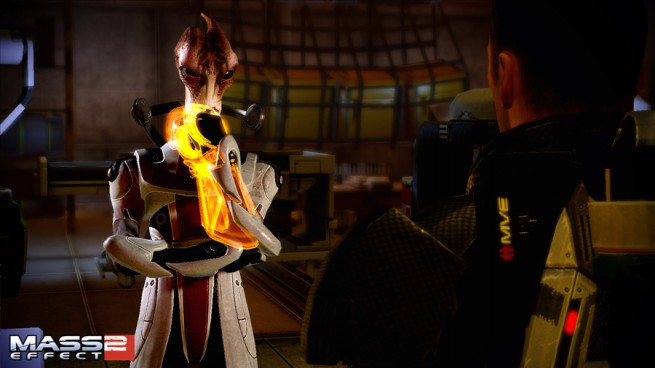 A lot of brute formalism serving to make the exceptions shine more brightly is certainly far better than some, and if those bright moments are bright enough, then they justify the whole endeavor. But at the same time, this is certainly a dangerous path to take since those breaks in formalism need to be interesting and exciting and beautiful; if they’re not, then the whole apparatus completely loses its purpose and becomes just another layer of pointless mechanism.

Looking at the problems we’ve catalogued so far, though,we can get an idea of the characteristics that would make a good moral choice system. The first problem we noted, which Mass Effect largely manages to avoid, is to make the dichotomy too simple: The moral choice cannot be between unmotivated good and unmotivated evil — a valid philosophical conflict is necessary for players to latch on to and explore.

Beyond that, the player must have room to navigate this conflict, which means that the consequences of the system can’t be tied to the extremes whether those consequences are rewards or punishments. Meaningful play requires feedback, and so to limit feedback to the extremes drastically limits the potential for the system to enable meaningful play.

Finally, this model system must avoid an overabundance of formalism and tedium: The Paragon option is not always listed above the Renegade, and it can’t always be coded blue, either. We can say something, perhaps, for clarity, but if you want the player to interact meaningfully with the dichotomy around which the moral choice system is based, then the player needs to interact with the choices themselves, not the color and spatial coding you have decided to give them.