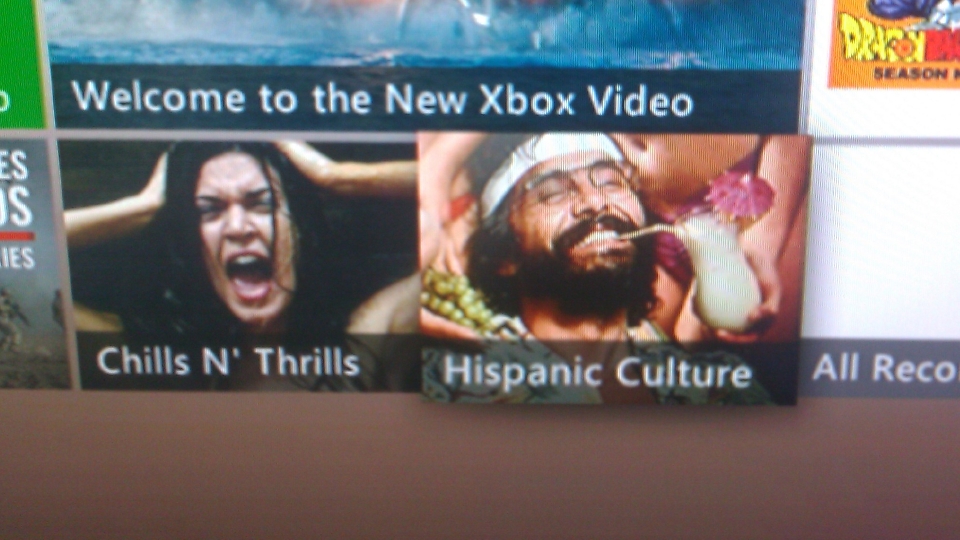 In October of last year, reader Edfire77 sent the above image to Kotaku. The photo shows Tommy Chong of comedy duo Cheech and Chong, and it was used to “celebrate” Hispanic culture. Not only was the choice to use a film about the misadventures of two stoners to observe Hispanic culture in poor taste, but the image did not even feature Cheech Marin, the only Hispanic member of the stoner duo (Tommy Chong is not Hispanic; he is of Chinese, Scottish-Irish, and French descent.)

The flub came and went without so much as an apology from Microsoft. Sure, chances are this was merely an oversight, but it was an insensitive move nonetheless. Hispanic gamers make up a large portion of Xbox owners. According to Microsoft, in an article posted on Viacom’s blog, Hispanic gamers contributed to 23 percent growth in sales while non-Hispanic gamers stood at 10 percent. The article also mentions that “Hispanics are 32 percent more likely to consider video games their main source of entertainment.” Considering these numbers, Microsoft should have been more careful about how it chose to portray this group. Rather than relegating Hispanic culture to a movie about potheads, the company could have used a positive film such as Stand and Deliver, the fantastic Pan’s Labyrinth, or the historically relevant Motorcycle Diaries.

Shifting paradigms in demographics plainly illustrate that Hispanics and other minorities are becoming a larger part of gaming culture. With such a significant number of minority gamers contributing to the growth of the market, one would think it would be a no-brainer to be sensitive to the nuances of these cultures. Unfortunately, as seen in the above image (and in many other instances I will discuss), this has not been the case.

Insensitivity towards minorities, as well as exaggerated and stereotypical depictions in video games, is nothing new. Anyone who has ever played Final Fantasy VII will remember the outspoken Barret Wallace. The only black character in Square’s epic role-playing game had the tongue of a sailor and spoke in an exaggerated Ebonics. No one else in the game was given this accent. Not the other denizens of the slums. Not Barret’s longtime friend Dyne. No one. Why would only one character speak in region-based slang? Because he’s black? It didn’t make sense to me in 1997, and doesn’t make sense now. 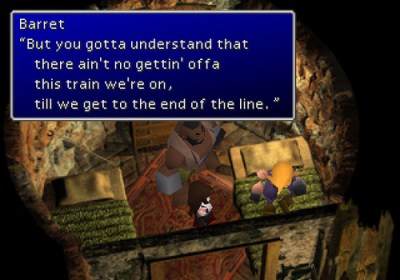 Localization standards have improved since then, and although Final Fantasy XIII’s black party member, Sazh Katzroy, has a few things in common Barrett (both single parents, both use guns, both begin as partner to an ex-soldier), he is not nearly the caricature Barret turned out to be. Whereas Barrett was loosely based on Mr. T, Sazh bears a closer resemblance to a different kind of television and movie stereotype: the funny black sidekick. Sazh’s “frocobo” didn’t help matters much either. Perhaps Square Enix should stop basing their black characters on problematic Hollywood tropes. 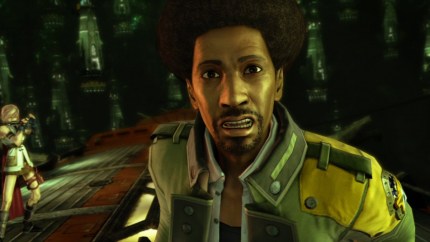 Another kind of stereotyping can be seen in fantasy titles where dark-skinned races are often depicted as being less intelligent, barbarous, prone to violence, and less civilized than their fair-skinned neighbors. The recently released Fire Emblem: Awakening’s Basilio and Flavia are two of the games few dark-skinned characters. They hail from the Kingdom of Regna Ferox, where brute strength is valued over all else. In one scene, Basilio tells another character to kiss his “big brown arse.” Another Japanese strategy RPG classic, Dragon Force (released on the Sega Saturn), featured a southern kingdom called the Bozack Nation, whose citizens were dark-skinned and beast-like and whose leader, Gongos, was considered less intelligent than the other rulers in the game.

Western RPGs haven’t fared much better in this regard. The Elder Scrolls series’ Redguard race, also dark of skin, has traditionally had lower intelligence stats and higher physical attributes than other races. This kind of depiction of dark-skinned races is not exclusive to games. The wildly popular Game of Thrones features the nomadic, barbaric Dothraki. Dark of hair, eyes, and skin, the Dothraki resemble Middle-Eastern peoples in both appearance and language. Compared to the “civilized” seven kingdoms of Westeros, the people across the Narrow Sea are seen as backward, exotic, brutish, and savage. Although these races are all fictional, their representation has a hint of real-world Orientalism that can inform notions about minorities and dark-skinned races and cultures.

The dearth of minorities as main characters is another issue worth noting. Many big-budget titles seem to feature a white male — an everyman — as their protagonist. While it may be argued that game developers who stick to this formulaic approach to character design are merely playing it safe and choosing not to use minority characters that may be construed as offensive or insensitive, it does not help the fact that the market is oversaturated with Nathan Drake lookalikes and sorely lacking in minorities as central figures.

But hope is not completely lost. Smaller developers such as Minority Media (which is comprised of a culturally diverse team and headed by lead designer Vander Caballero) may be the shot in the arm the medium needs. Minority’s first title, the PlayStation Network exclusive Papo & Yo, features Brazilian-inspired visuals and sounds as well as a dark-skinned young boy, Quico, as the protagonist.

Thatgamecompany’s highly praised Journey circumvented the problem of race altogether by making the main character completely nonspecific and ambiguous in not only race but gender and age as well. While these smaller, independent developers seem more inclined to deal with the problem of stereotyping in video games, Ubisoft — the creator of Assassin’s Creed — is also pushing for multicultural awareness in its titles. Its first PS Vita game, Assassin’s Creed: Liberation, featured a half-black female protagonist by the name of Aveline de Grandpré and proved it is not entirely impossible for developers to feature minorities in their titles without resorting to offensive cultural stereotypes.

Video games are becoming bigger than Hollywood. With yesterday’s announcement of the PlayStation 4 and the beginning of a new generation of games, developers — both independent and corporate — have a chance to start leaving behind the single-minded tropes and stereotypes that film and other mediums have held on to for so long. As creators and visionaries, they have an opportunity to challenge stereotypical notions, not reinforce them. With minorities becoming such a driving force behind the growth of video game culture, here’s hoping we begin to see more cultural diversity in in the medium.