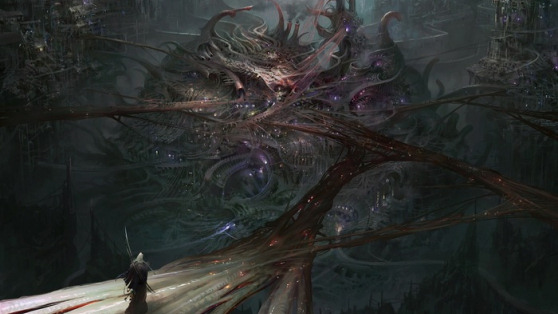 Tides of Numera isn’t the first runaway success on Kickstarter, but it is the most funded video game in the crowdfunding site’s history. And it is just one instance among dozens where companies are ditching the traditional publisher model and handling development and sales their own way.

This is the future of video games. Whether it’s with Kickstarter or some other website — with fan-funding or other investment models — what’s certain is that indie developers thrive on independence. They have full creative freedom, can unconditionally make all the profit they deserve, and work in an environment that enables them to make the best possible game.

So what’s keeping us from abandoning publishers completely?

Well, it obviously isn’t going to happen any time soon, but it should. And the biggest myth keeping us back is this: “big-budget games are better games.”

More money does not always equal better games. Too Human from Silicon Knights and Microsoft Game Studios had a whopping $60-plus million budget, but the product that emerged wasn’t anything special. And series like Call of Duty, which regurgitate carbon-copy spin-offs year after year, haven’t been on the creative edge since their first installment.

In fact, I’d argue that more often than not, big budgets aren’t doing much to help games.

Huge sums of a title’s budget these days go toward Hollywood-type effects. While everyone loves Mass Effect’s voice-acting and StarCraft’s cinematic videos, video games aren’t movies. Tides of Numera writer Colin McComb recently told PC Gamer that although voice-acting needs a higher budget, “You also have to get that script in early so you can get your actors early and you can commit them into the studio. Then, if you discover something has happened with the development of the gameplay, you are shackled unless you can get that same actor back in to voice the parts in the same voice. You’re basically stuck with the lines you’ve got, and you have to find a way to work around that.”

A game’s story suffers because developers are forced to use lines that aren’t necessarily relevant or fitting. The same can be said about cinematics. Meanwhile, both are a vacuum, forcing developers to place more time and resources into flashy features that aren’t conducive to better gameplay or story. Publishers will sacrifice both, knowing it will bring in gamers.

But the interference can go far beyond that. Just like Hollywood, which injects “popular” elements into a film to attract more viewers, publishers will often pressure developers to add features that aren’t meant to be in the game. Worse, they reject games that try to innovate and break the mold. When InXile’s founder Brian Fargo tried petitioning publishers to accept his idea for Wasteland 2 (another Kickstarter success due this year), no one would accept it.

Publishers are in the business to make money. Call of Duty generates revenue, not the Torments of the game world. The fact that the Battlefield franchise increasingly resembles Call of Duty proves this. Electronic Arts wants what Activision flaunts.

The problem is that the for-profit model hinders creativity. Developers want to earn an income, too, but they also want to make the best games they can. That sometimes means sacrificing their vision. If we were to abandon that model and maybe even some of the flashy features, gaming would experience a renaissance. Innovation — good gameplay and story — would fuel it.

Patrick Rothfuss, a fantasy author and writer for the new Torment game, told PC Gamer, “Think about how they did movies back in the day. Some of these real classics, they didn’t have a lot of special effects. How did they make a great movie? They had a great script and great actors. If you didn’t have both of those, you had nothing.”

That is the kind of environment we need for gaming if we want the best. Now is the time. Steam, Kickstarter, and the console-indie markets provide everything we need to start — the rest takes the will to break tradition and try something new.