It’s time to shake things up a bit. I’m not going to tell you that videogame journalism is broken or anything, but if writers insist on issuing arbitrary scores with their reviews — which in turn can rob developers of bonuses and/or livelihoods — then there needs to be some kind of ombudsmen to ensure that natural justice is applied for each and every game. I can’t be that guy: I have a full-time job that, unfortunately for me, doesn’t involve games in any way, shape or form and the time that I have to dedicate to my passion draws shorter with each passing week. I am, however, happy to look at a few games in isolation to try and validate the videogame critic’s malaise.

With this in mind, please join me for the first instalment of Review Fight Club – a series where I’ll take the worst four reviews (not just necessarily because of the score awarded) rendered by the lucky games writers who have their scores posted to Metacritic. Castlevania: Lords of Shadow – Mirror of Fate (hereafter referred to as Mirror of Fate) on the 3DS will be the first subject, a 2D platformer that has received “mixed or average reviews” and an aggregate score of 73 out of 100 according to the game industry’s all-important arbiter. 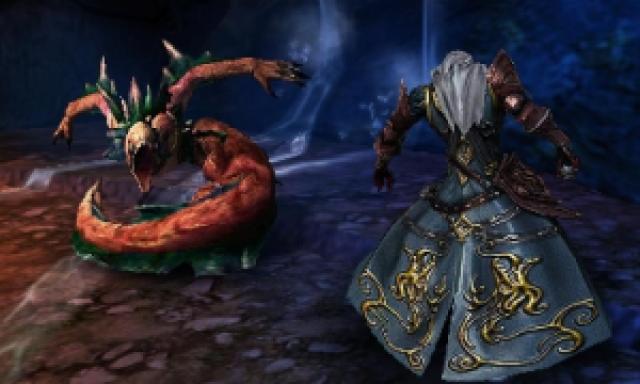 For my part, I really enjoyed this interesting experiment which aimed to fuse the traditional 2D platformer with the God of War flavoured combat that first saw light in Castlevania: Lords of Shadow which appeared on PlayStation 3 and Xbox 360 in 2010. It’s by no means the best game that I’ve ever played, but was in no way deserving of the middling critical reception it was afforded – with two reviews drifting below 50.

It’s easily one of the best looking games available on the 3DS, with a camera that moves to emphasize some truly impressive backgrounds and fearsome opponents. It must be said that I rarely use the 3D effects on the system, but the sections where I trialed the technology looked great. A consistent frame rate, charming, gothic art direction, and a varied assortment of well-animated, screen hogging creatures await all who are willing to see past a plethora of mixed assessments.

The other-dimensional combat is what sets Mirror of Fate apart from the majority of its kin. With controls more reminiscent of the fully 3D Lords of Shadow (and its Sony Santa Monica inspration, God of War), players can use direct and area attacks to dispatch enemies that approach high and wide. Levelling up unlocks new attacks which, while not essential for success, make it substantially easier to whip through the demonic hordes. Each character also has the ability to dodge back and forwards to evade enemy attacks. It takes quite some time to master, and considering that each playable character has their own set of weapons and abilities, the brawling seldom gets stale throughout the ten hour adventure.

This might sound odd, but the way in which abilities unlock makes sense in the overall context of the narrative. To go into much more detail would be a surefire way to spoil the story, but it would make sense that a reckless, vengeful youth, an awakened and forgetful vampire and a high ranking slayer would have varying levels of mastery over Belmont family heirlooms.

Difficulty (generally speaking, the brutal nature of it) seems to be one of the common complaints amongst games writers, and while I think the game encourages judicious use of magic and the dodge ability, I don’t think it feels overly punitive. GamesBeat’s own Jasmine Malificent Rea offers that “you’ll often find yourself pinned in impossible situations,” and that “Bosses are the worst about this and have the added bonus of ensnaring you in perpetual animation loops.” Both assertions are patently untrue. Even without unlocking higher-tier abilities, all playable characters have access to both direct and area attacks. Direct attacks and combos act exactly as you’d imagine, flying directly at the enemies in front of you. Area attacks, however, have the whip and Combat Cross flinging above, behind and below you. Alternating between these attacks to control the crowd and dispatch enemies is key to survival; not as central as the dodge, but essential nonetheless. 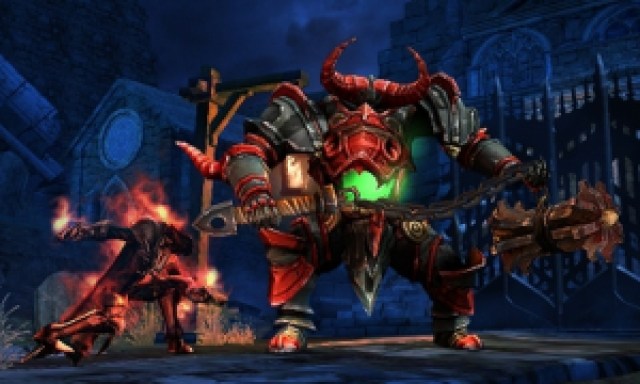 Boss fights are difficult, but only once was I trapped in anything resembling Rea’s “loop”. Like any Castlevania game, bosses have a distinct and limited range of attacks and usually assault the player in patterns. The same is true in Mirror of Fate, except here, you’re afforded checkpoints throughout these encounters — which, granted, you will use — and even specific hints if you keep getting knocked around. On more than once occasion, I was greeted with text in white all-caps telling me exactly how to avoid death when faced with a specific attack. IGN’s Colin Moriarty  claims “the developer seems to have made a modest admission of its game’s complete lack of reliable combat mechanics by designing boss fights that are laughably forgiving.” He then adds that through the “brute force” of the player dying and respawning, bosses can be defeated. Contrast that with Polygon’s Philip Kollar who would have you believe that the boss fights are a “chore” with opponents that can “take off a fourth of your life bar” with each attack, encounters that he sees as only “passable courtesy of liberal checkpoints.”

Maybe these writers should get together and decide what constitutes too hard and “laughably forgiving”? To be fair, in support of Moriarty’s comments, know that each character gains an ability to either essentially convert their magic bar to a second health bar or heal themselves through attacks or dodges – two actions you’ll perform as much as breathing while playing Mirror of Fate. To support Kollar, I should admit that I died at least once during most boss fights. I wouldn’t say these encounters were too much of one thing or the other, they were great – you had to memorise attack patterns, experiment with magic and attacks and then act accordingly. You know, like every other Castlevania game. There’s also inconsistencies in how enemy configuration is assessed. The relentlessly-negative IGN writer says that Dracula’s castle is “sparsely populated by enemies” whereas Destructoid’s Tony Ponce states that the Belmonts are forced to “spend an exhausting amount of time engaged in combat.” What is it boys? Too many or not enough?

For those looking for the second coming of Symphony of the Night, you will find yourself wanting. Mirror of Fate doesn’t offer potential for exploration: it points you in the direction of the next major event through the use of an objective marker on your mini map and you can either choose to follow the somewhat apparent path there, or deviate when the opportunity rarely presents itself. It’s a system that works just fine in my opinion. The game has a sense of purpose and determination that sets it apart from its predecessors. Moriarty argues that the game is “unfocused” and that it offers “fragmented exploration,” whereas Tony Ponce complains that this iteration of Dracula’s castle “is essentially a straight shot.” Again, a contradiction which, in my opinion, fails to acknowledge that the new breed of Castlevania is more directed and that’s not necessarily to its detriment. 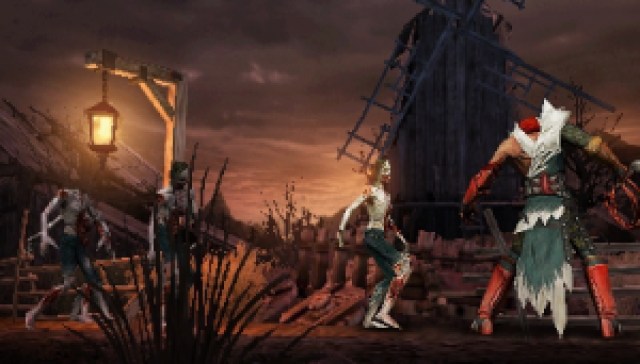 Finally, I’ll address the story which, surprise, our reviewers actually agreed on. Philip Kollar and his editor saw it fit to spoil the ending of Gabriel Belmont’s 2010 adventure. Why I’m not sure. I mean they could’ve just referred to the antagonist as, oh, I don’t know, DRACULA!? Why they thought it was relevant to the review as a whole, or even necessary to address for that matter, will haunt me until my dying days. It makes fucking zero sense. Perhaps even more infuriating, the villain is referred to as Dracula for the rest of the review! When he’s not spoiling games from yesteryear, Kollar says that the “plot never goes much deeper than its introductory revenge tale, instead building to a goofy, predictable “gotcha” moment at the end.”

Moriarty, Rea and Ponce are mainly on the same page, arguing that the story approaches “nonsenical”, “uninteresting” and “telegraphed”. I saw the twist coming as soon as I saw Alucard because I played the demo, but yeah, I can’t see anyone being blown away by this nonlinear, three act play. What I will say is, since when has Castlevania been the pinacle of videogame story telling? Have you played Symphony of the Night? To see the game’s true ending, you have to find a pair of magical fucking spectacles! Moreover, you’d be lucky to hear five minutes of dialogue across five hours of play! Mirror of Fate isn’t the most compelling tale I’ve played through, but I could understand what was happening and the voice acting scored high on the Scottish Brogue Index. So there’s issues with lip syncing in the otherwise beautiful cel-shaded cut-scenes. What of it?!

Castlevania: Lords of Shadow – Mirror of Fate is a good game. I’d argue that the fusion of traditional 2D platforming with the kind of combat that’s most usually associated with the third dimension is enough to “build an identity of its own” while still honouring its “lineage” – a courtesy that Polygon’s Kollar is unwilling to afford the game. While I agree that the new breed of Castlevania is indeed “brutish”, it’s unfair and disingenuous of Jasmine Malificent Rea to assert that it’s “disappointing because it’s trying to marry two unwilling elements”. The combat system works just fine, and while the boss fights may indeed be brutal, they’re able to be bested with mastery of said system and with the help of generously-doled checkpoints and hints that appear when you’re just plain doing it wrong. I can’t remember Konami or Mercury Steam promising “the fusion of old and new Castlevania design”, but Tony Ponce should know that’s what we got here, and Colin Moriarty, you got it dead fucking wrong when you said this game “isn’t worth playing at all”.

I thoroughly recommend Mirror of Fate to all 3DS owners. It may not be Symphony of the Night, but then again, I don’t want replication. This is genuinely different. This isn’t a tired rehash of a beloved formula. This is worthy of your your time.