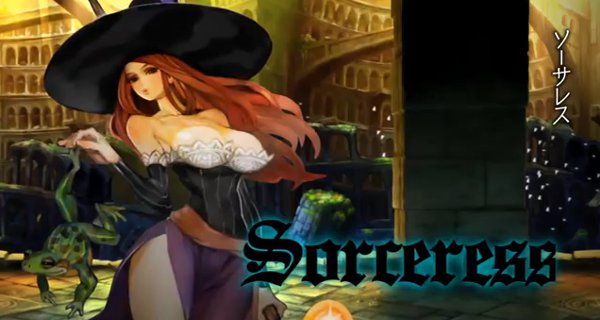 Let’s talk about boobs. Gaming’s hottest topic right now is the chest of a fantasy character in developer Vanillaware’s upcoming beat-em-up Dragon’s Crown. Her breasts are very, very large. In the videos I’ve seen, they look almost too large, but I’ve performed some research using Google Images that confirms they are not the largest breasts to appear on such a small-framed woman.

You’re probably thinking, after reading that I was looking at sexual images on the Internet, that I’m a bit of a perv, right? Well, guilty as charged, and that’s kind of the point I want to make.

Last week, Kotaku posted an article that briefly criticized Dragon’s Crown’s art style. The author suggested that the designer must be a 14-year-old boy since the Sorceress looks like a doodle some kid might’ve penned in his notebook while dealing with a surge of hormones. I chuckled at that characterization because I agree — that’s what it looks like.

In the wake of Kotaku’s criticism, several people have come out to defend or criticize the game in their own way. Some claim the game’s art is satire, others say the characters represent icons of human empowerment, and still more claim it’s an echo of an era of fantasy art gone by. On Twitter and NeoGAF, gamers are pointing out that the men are just as exaggerated as the females or that it’s just a video game and people should relax.

What no one is saying is this: Dragon’s Crown is perverted and there’s nothing wrong with that.

I find the Sorceress character sexually arousing. I did not choose to feel this way. At the same time, I really don’t want to feel ashamed that I feel this way. On the contrary, I’d rather just enjoy it because it looks like a good game with the bonus that it gets my perverted motor running.

I completely understand if that grosses you out. That’s fine. I think people that mix food with sex are gross. We all have our hangups. The thing is: I don’t want to shame people that use maple syrup in bed, and I’d prefer others not shame me for this.

Not that I’m feeling oppressed or sorry for myself — it’s just that when Kotaku calls it “problematic,” and then doesn’t explain what that means, I feel like they must mean that people like me — people who are turned on — are a problem.

That’s not to say that I don’t see how the art is problematic for many people. The portrayal of sexualized women in games is an issue that turns off a lot of people. I wouldn’t expect the women in my life to want anything to do with Dragon’s Crown. I’d be sad to show it to my nieces. Exclusion is an issue our industry has to deal with.

But the answer to exclusion is not more exclusion. It’s not to take this game away from me.

The answer is that we need more games for everyone. We need Dragon’s Crown and we need the anti-Dragon’s Crown. That’s what happens on television, in novels, and at the movies. If Spike is showing a Hawaiin Tropic bikini contest then H&G is probably showing House Hunters International or some shit. If a new slasher flick hits theaters, chances are a new romantic comedy and a new bromantic comedy are hitting within a week or two.

The existence of Dragon’s Crown does not deny the right of existence to any game that would appeal to people that are unlike me — and yet, we clearly don’t have those games. I think I know why that is, but that’s something I’m exploring on a more professional level than in this personal blog.

My point right now is that I’m on your side, people who hate Dragon’s Crown. I want you to have games that you would like. I’m down for a title that is exactly Dragon’s Crown only it has characters from 50 Shades of Gray or something — not that I think that’s what all women want.

But if you try to block Dragon’s Crown or try to make me feel bad for liking it, I will resent you. And how the hell does that solve anything?

A final digression, it may seem like I’m taking a contradictory stance compared to some previous issues, but I don’t think that I am. Let me explain:

Most recently, I felt that the GDC go-go dancers at the IGDA and YetiZen party were inappropriate. I know I’m defending the right to be perverted above, but I think this is different for a couple of reasons:

Before that, I was very vocal about how grossed out I was about the Dead Island Riptide severed-torso statue. This probably seems especially contradictory, but again, I don’t think it is: