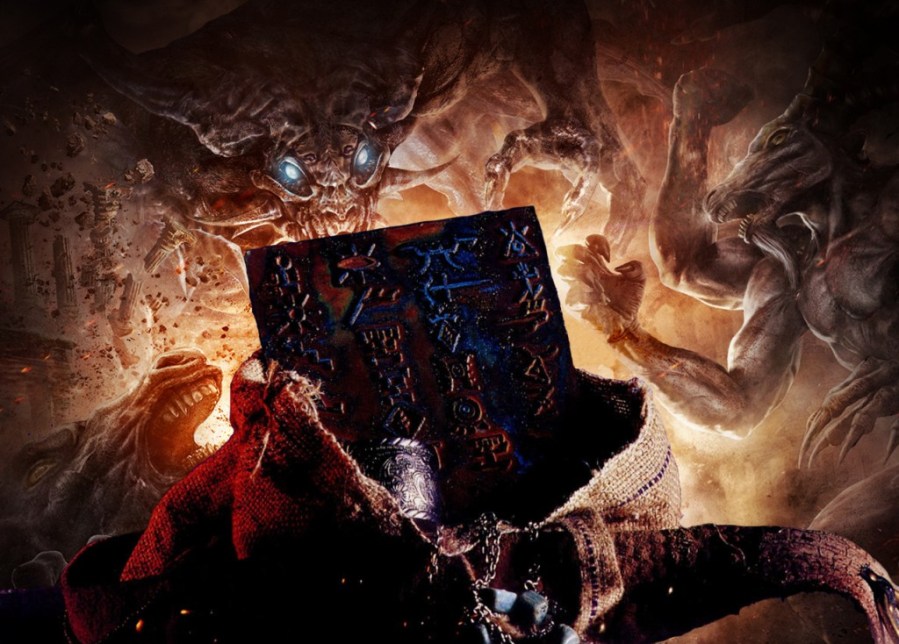 Wizardry was one of the founding pillars of computer role-playing games in the heady era of the ’80s. Published by Sir-Tech, a company that would become synonymous with an approach to RPGs that would influence countless designers, such as Dragon Quest’s Yuji Horii, on both sides of the Pacific and the Atlantic. It, along with Origin Systems, SSI, and number of publishers, would pave the way forward for other titles including Wasteland and Baldur’s Gate years later. But as the years passed, it seemed as if the industry Sir-Tech helped build passed it by. For a company that held real treasure in its hands, how could it fall apart?

Looking back at peers such as Origin Systems, what happened in its final years was clear. Not so clear is what happened to Sir-Tech, which simply seemed unable to keep up with the times.

In Japan, however, Wizardry seemed to be enjoying one spinoff after another since 1991. While nine years would pass between the last two Western Wizardrys, Crusaders of the Dark Savant in 1992 and Wizardry 8 in 2001, Japan would get several Wizardry titles in that gap alone.

What is more bizarre is how Wizardry went from being held by Sir-Tech to a relatively unknown Japanese company. It’s a question that I’ve been wondering about myself since doing a small writeup a while back, and I still have more questions than answers. But there are some interesting lines connecting these dots in a strange and convoluted journey that began in 1998.

In October that same year, Robert Sirotek, Jr. spoke to IGN in an interview titled “Sir-tech’s Last Words” in which the website quizzed him on thoughts about the industry and a look back at the history of the series. At that point, the publishing arm — and main body — that everyone knew as Sir-Tech was effectively dead, having shuttered in September. An outfit up in Canada, Sirtech Canada (as referred to in the article) was now in charge of working on what would become known as Wizardry 8.

But when asked about the status of the rights to Wizardry, such as whether the Canadian studio owned them or not, Sirotek couldn’t give IGN a straight answer.

The United States Patent and Trademark Office has been getting a lot of well deserved flack for occasionally dropping the ball, such as approving the now-invalidated Edge trademark that Electronic Arts’ legal eagles successfully litigated into extinction.

But one thing that the USPTO has been doing reasonably well is keeping a vast database tracking patents and trademarks available to the general public. It also tracks a running history of filings pertaining to a particular trademark revealing that Wizardry and its associated materials changed hands in early 1998 prior to the interview.

At least that’s what this document, scanned into the USPTO and available to everyone, seems to indicate. Though the document is marked as being recorded on May 5, 1998, the text reveals that the rights were assigned to a company with the oddball name of 1259190 Ontario Inc. effective on January 2 that same year. Robert Sirotek, one of the two Sirotek brothers that founded Sir-Tech (which, at one point very early on, was simply “Siro-tech” before they decided to drop the “o”) and acted as vice president of Sir-Tech, has his signature above someone else’s that is a mystery. But who was this person?

At this point in the trail, we’ll have to turn to the New York State Law Reporting Bureau for a filing dated December 16, 2010 which was but one legal salvo among several fired by one of Wizardry’s founding co-fathers — Andrew Greenberg. It was during their time at Cornell that two young students, Robert Woodhead and Andrew Greenberg, came up with the game that would become Wizardry: Proving Grounds of the Mad Overlord.

Greenberg, himself an accomplished lawyer for intellectual property rights going back into the field after leaving Sir-Tech in the early ’90s, has been waging a legal tussle with the Siroteks over unpaid royalties for a little over 20 years at this point. He’s also made a number of interesting findings during his long battle, one of which seems to be that 1259190 Ontario Inc. was an interest owned by the Siroteks.

In the court document mentioned earlier, 1259190 Ontario Inc., when it received the the rights in January 1998, then licensed those rights to “Sirtech Canada” (as it was named in that document), which developed and released Wizardry 8 in 2001 as the last Western Wizardry. It’s also likely that 1259190 Ontario Inc. may have handled the licensing for those same rights going forward to Japanese developers keen on continuing Wizardry’s spinoffs that were still enjoying a degree of healthy popularity there. It makes some sense, especially after Sirtech Canada finally threw in the towel.

Sirtech Canada shuttered its doors in 2003; although, it had already been struggling with layoffs and rumors of closing down even before Wizardry 8 was released. A flurry of reports in mid 2001, such as this from Gamespot, indicated a company in trouble with no one the wiser as to what would happen to the actual trademarks and associated assets should things turn out for the worse. People were worried whether Wizardry 8 would even come out.

Strategy First, another Canadian company, eventually struck a deal with Sirtech Canada that allowed them to publish the Jagged Alliance strategy games. Sirtech Canada alums, like Ian Currie and his team, eventually moved over to Strategy First possibly as early as 2001, leaving the company something of an empty shell that existed mostly on paper until 2003. Oddly enough, an archived press release from June 5th, 2002 announced a licensing deal with Strategy First, essentially passing everything over to the Canadian company. But a later USPTO filing brings up another familiar name associated with the strategy game: 1259190 Ontario Inc.

Though the Jagged Alliance rights found a home in 2002, Wizardry’s rights were still up in the air. That is until 2006 when the mystery company holding onto those rights finally offloaded Wizardry’s trademarks to an unexpected suitor. On November 28, 2006, Wizardry’s trademark and associated assets were signed over by Norman Sirotek to a Japanese company by the name of Kabushiki Kaisha Aeria IPM. Or, more simply, Aeria IPM.

Aeria IPM didn’t have a long history. It didn’t seem to exist at all until a month before it had apparently acquired the Wizardry rights, but half of that partnership, Aeria, had actually been around for a good while. 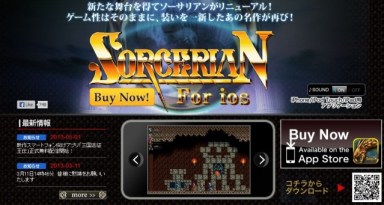 Above: Aeria Games in Japan specializes in MMOs, like Dragon’s Prophet, as well as publishing games, such as an iOS port of Nihon Falcom’s Sorcerian.

There’s not a lot of information on exactly who IPM is; although, the “Aeria” part would eventually be dropped in 2008. As to who Aeria was, a strangely isolated page dedicated to IPM seems to point to them as Aeria, Inc., one of the largest MMO game companies in Japan that is also known as Aeria Games. If the information is accurate, it also shows that Aeria IPM was formed a month before Wizardry’s rights were signed over. Aeria Inc. has been around since 2002 and, according to their history, founded Aeria Games & Entertainment in the United States in 2006.

In 2008, Gamepot became the majority stakeholder in IPM, changing the name of the company by simply dropping the “Aeria.” Gamepot had also become a wholly owned subsidiary of the So-Net Entertainment Corporation in the same year, a company that also happens to be a subsidiary of Sony. And in coming full circle, IPM would also be hearing back from their former bosses. Last year, Aeria Games and Gamepot announced a merger in December which brings parent company, Aeria Inc., back into the picture.

All through this, Wizardry continued to enjoy plenty of success in Japan well before the ink had dried between Norman Sirotek and Takahiro Shinozaki in 2006. While Wizardry has “eight” formal chapters, nearly double that (including Wizardry Online) have come out in Japan after Sirtech Canada closed in 2003. Sadly, aside from Wizardry Online, most of those would never make it back to the West in the way that Wizardry: Tales of the Forsaken Land for the PS2 did back in 2001.

IPM, Inc. is still holding onto Wizardry. It’s still referred to as the trademark holder, licensing Wizardry out to Gamepot, which you can see mentioned right at the bottom of Wizardry Online’s English homepage. In a very roundabout and indirect way, it’s also in Sony’s hands — as strange as that sounds. Not only is Sony backing Gamepot, but it’s also a part of Wizardry Online, too, which you can see prominently displayed on the same page.

There are still a number of questions without many answers — some of which might still be buried in an unclaimed storage unit somewhere in Ogdensburg, waiting to be discovered by an antiquities dealer just as a cache was found late last year and put up for auction on eBay (most of which eventually ended up mysteriously canceled). Or they may never be found, which leaves only rumors and speculation,such as that surrounding the whereabouts of the Sword of Ultimate Sorcery from Atari’s Swordquest series.

But, for now at least, that’s the end of Wizardry’s wild ride … and one of the strangest journeys of survival and success for a Western CRPG.

Some information above was based on the occasional scribbling at my blog, World 1-1, in trying to unwind this strange and bizarre dungeon of history and make some useful sense out of it.