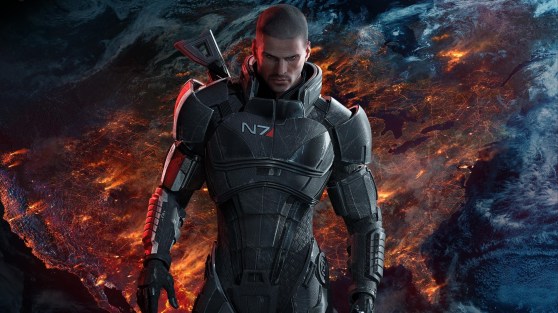 We’re coming close to the one year anniversary of my first article that made the front page of Bitmob. It was about my bromance with Garrus Vakarian in the Mass Effect trilogy. At the time, I was excited to share my favorite moments from Mass Effect 3. The article was the deciding factor in my wanting to begin a career in games journalism, but it’s also my most cherished article because it came from the heart of an innocent gamer. I hadn’t then been exposed to the greater gaming community.

A lot has happened since last April. I’m sure I don’t need to recap all the events for you; this isn’t that kind of retrospective. I’m more concerned about the video game community itself.

A year ago, I was pretty naive about our community. I thought it was filled with a bunch of passionate gamers who liked discussing their favorite hobby over the Internet. Bitmob itself was a great place — maybe too great. It truly was a shelter from the legions of trolls that infest the Internet. Eventually, the more I invested in Twitter, the uglier the conversations became, the more websites I visited, and the more bickering that went on.

Why would anyone want to be a part of this industry? I’ve asked myself this question a lot recently. Everywhere I turn, I see arguments about violence, sexism, and bigotry. I wish I could go back to last April, when I decided to write about video games. I would tell my former self to just enjoy the hobby and not try for a career in it.

I always feel awkward when someone asks me what I want to do for a living. Whenever I reply, “I want to write about video games,” I feel an awkward chill run down my spine. Recently, I realized that chill isn’t because most people view video games as childish but because I’m ashamed to associate with our community. Video games are no longer a children’s toy, but gamers sure as hell still act like children.

Last year, Electronic Arts was voted the most evil company in America, and it looks like it will be receiving that title once again. Really? How about the companies that skyrocket prices on pharmaceuticals or create a monopoly off blood diamonds? There is a laundry list of companies out there that treat humans and the environment like garbage, yet a software publisher is voted the most evil company in America because a bunch of gamers didn’t like the ending of Mass Effect 3. No wonder I’m ashamed to associate with this crowd. It’s pathetic; it’s disgusting.

I know I’m coming off as pessimistic, but this is coming from anger. I’m angry that women are treated terribly from all angles in this community. I’m tired of seeing the trolls get more attention than those who are actually trying to add value to conversations. However, every once and awhile something great happens — something that revitalizes my love for video games. Two recent dates come to mind: February 20 and March 26, or the reveal of the PlayStation 4 and the release of BioShock Infinite, respectively. 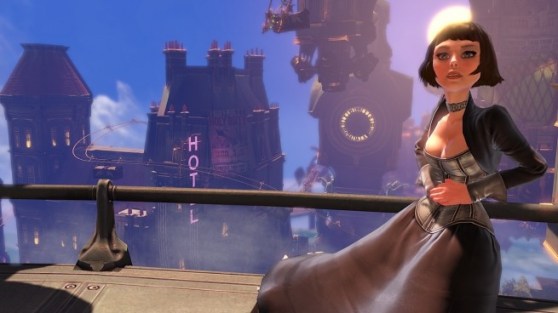 On the day of the PS4 reveal, Twitter was vibrant and optimistic. Everyone was sharing their favorite PlayStation memories, and there were great discussions about predictions and what Sony needed to reveal. From the early hours of the morning to late at night, after the two-hour presentation, it was a great day to be a gamer — not because a new console was announced but because everyone put down their weapons for a day and shook hands in excitement.

On March 26, an amazing video game came out: BioShock Infinite. The Internet was abuzz once again. Everyone was enjoying common experiences in Columbia. A week later, great conversations are still being had — another example of trolls and white knights alike dropping their issues and sharing something together.

These significant events show how great our community can be. Sadly, it seems it can only sustain such greatness for a single day.

A lot has happened since last April. I’ve made great friends and played some fantastic games, but that feels overshadowed by a colossal community filled with pettiness. As long as the web is the main method of discourse for this industry, it will never get better.

I wish I had some answers, but I don’t. Remember, my first article was written only a year ago. I have no influence in this industry, but maybe one day I will, and I’ll have some answers then. Until that day comes, I think we should all ask ourselves one simple question: why would anyone want to be a part of this industry?