Open ears are alluring little things. Because of our inherent desire for relevancy, the mere site of an attentive individual inspires the tendency for loud, affirmative oratory. Many of us desire an audience that looks to us for something of value: guidance, knowledge, a perceived truth, or just plain information.

As I’ve stated before, a prominent temptation in videogames journalism is to establish a considerable sense of self-worth. Because one writes for a popular publication and receives enough attention for their work, they can develop a personal ingratiation. This, coupled with a lack of a disciplinary background in journalism, can encourage people to overstep the basic expectations of their position.

Many proud pundits, reporters, and editors in the videogames industry splice their personal ideologies, moral beliefs, social concerns, and political views with the information they provide. Whether or not it applies to the artform doesn’t seem to matter, nor does the fact that the job calls for nothing more than a neutral, objective approach.

They have their podium, they see the gathering of gazing onlookers, and so they proceed to preach on. 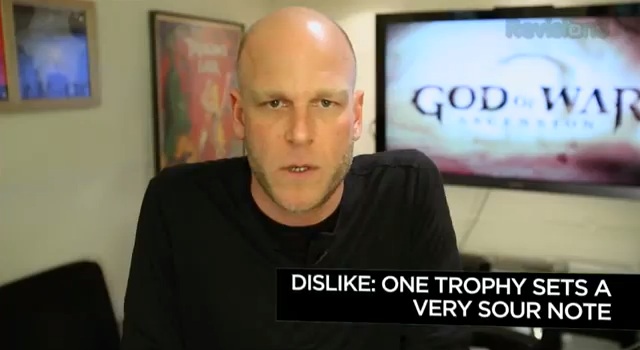 Got an idea? Run it!

It’s important to first identify a core motivation for sermonizing in videogames journalism. With the fall of print and the ease of accessibility/connectivity that came with the internet, a new world of opportunity opened up for those aspiring to somehow be on the fringe of the videogames industry. The rise of blogs saw the average gamer doing what they so admired within the EGMs, GameFans, and Nintendo Power magazines they read while growing up.

The issue presents itself with the fact that young up-and-coming weblogs need to fill a void of content, all for the sake of establishing a readership. They often achieve this by featuring second-hand information and, more commonly, an abundance of editorial, which is often simple, provocative, and entertaining. This usually encourages the habit of writing and printing whatever interesting content one can think of.

With this “anything goes” mentality that even professional blogs can retain, those who organically grew into journalism can sometimes turn the wagging finger of individual belief into a slamming fist of broadcasted evangelism. So, if they retain an underlying dissatisfaction with certain societal, cultural, and moral commonalities that the medium may sometimes feature, you bet they’re going to voice their seemingly brilliant viewpoint on it.

So then what’s the issue? Well, firstly, this is not what journalism is typically about. With a few intellectual exceptions (e.g. Christopher Hitchens), the profession is predominantly based on the information one knows, not the sort that one merely believes. Journalism is a service, and that service calls for little else than stating that blue is indeed blue, not that the color is inappropriate and shouldn’t exist.

Again, since most pundits in the games industry don’t have any vocational background in the profession, they misconstrue it as an opportunity to be an activist of sorts for their personal ideals. Much like how they sometimes regard the gaming medium, reporting is a sort of tool that is meant to trick or “teach” people into believing one way or another. If they feel a great injustice is transpiring in the industry, they feel it’s a natural obligation of their job to explain how it’s utterly deplorable and why you should be entirely against it.

One blogger will see what they view as a negative character depiction and claim it’s somehow influencing people into transferring that misconception onto others. Another will see an imbalance regarding the amount of [insert minority group] in games, therefore the medium retains a prejudice and needs to be more inclusive for no other reason than “just because”, never mind whether such forced inclusion is actually valuable to the art.

In the world of righteous reporting, correlation equals causation. Why? Because they say so, apparently.

Let’s talk, but please leave your dogma at the door.

At a point like this, one could easily misunderstand that opinion has no place in journalism. That’s just not true. But opinion is only as valuable as the objective thought that goes into it.

A reporter can absolutely provide their personal observation on a particular topic or event, but the mark of great (and academically sound) editorial is an equal consideration and measurement of all sides to an argument. As a result, few readers can then legitimately claim an inherent bias on the part of the writer, and the overall point will have been clearly and persuasively reasoned. Inviting the predisposition of personal influence (political, religious, ideological, philosophical) is nothing more than bland recitation.

For instance, imagine a kerfuffle erupting with regards to the scandalous depiction of a female character (a popular subject, these days). A valuable journalistic approach would be one that considers every variable, all potential points, and whatever contradictory views that may or may not compile into a logical conclusion. It’s an analysis of that person’s own design; they added up the valuable bits and tossed the chaff.

A valueless approach would be to largely appeal to a set of guidelines or ideals (fittingly, that would likely be feminism). This is an outside influence affecting a journalist’s view on the subject — an influence with its own statements and conclusions. This is a ready-made answer of another’s design.

Have you ever wondered why this type of bias usually includes a consistent use of simple and clichéd terms (in the case of feminism, “misogyny”)? That’s because such systems don’t challenge their own perspectives, just those of others. Therefore, they fall back on the only terms and verdicts that they’ve ever bothered to attribute to relevant concerns.

That’s moral appeal, and it should have no place in the news room. It already has enough safe spaces elsewhere.

Skepticism: The only hope for an honest future.

The next time you stumble upon editorial that encapsulates noticeably petty offenses, embellishes the fine details, and remains consistent (and one-sided) with their tone, you can all but guarantee it’s being expressed from a linear approach.

Fair questions to ask yourself would be: Is this really an imperative issue? Is this person analyzing and addressing it through a clear pair of spectacles? Are they recognizing opposite and equally valuable sides to the argument?

If the answer to such queries is “no”, then do feel free to move on to the next person with a keyboard, opinions, and web space. You have hundreds to choose from, and, concerning videogames, the bulk of them are born from the same black hole of predilection and moral authority.