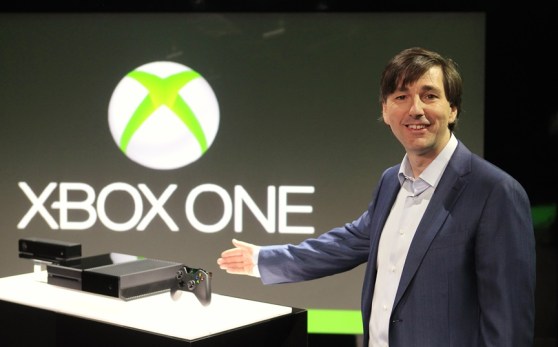 Following Microsoft’s 60-minute press conference on Tuesday, in which it revealed the Xbox One to much anticipation, an unfortunate feeling of melancholy grew inside me. It was immediately and painfully clear that I am no longer Microsoft’s target audience. Instead, the company’s new key demographic is the casual audience that has kept the Xbox 360 selling in recent years, and with this choice, the Xbox brand has transformed from a gaming system to an all-in-one entertainment device.

Over the course of the hour-long press conference, I slowly felt more and more out of place as if this wasn’t intended for me … as if it wasn’t a place I should or want to be. The wild ride of buzzwords and snappy features introduced us to an impressive multimedia center — one that could stream films, play live television, and initiate video chat via Skype. Microsoft gave a worryingly small amount of attention to games. This new console will obviously be innovative in how it “Kinects” people (har har), but the question I regularly asked myself over that hour was why, as a gamer, do I care about most of this?

It was frustrating to watch many big names march out and discuss features that will barely impact or improve the future of gaming. Being able to review fantasy football or basketball leagues during live matches sounds cool, but as I’m not a massive sports fan, the early sections of the press conference might as well have been white noise. Equally frustrating was how anything that did reference the gaming potential of the Xbox One did so through loose terminology — merely suggesting how the console was going to offer enhanced “experiences” or “content.” I can’t say I saw anything that could provide the innovation I was sorely hoping to see.

At least we now know some of the specs for the Xbox One: 8 CPU cores, 8GB of (nondescript) RAM, multichannel 802.11n WiFi, and a Blu-ray drive definitely sound good. However, instead of showing us how this technology will be put to use, such as through the numerous demonstrations we saw during Sony’s PlayStation 4 press conference in February, we merely witnessed a handful of cinematics and teaser trailers.

While the games look good, the graphical fidelity isn’t mind-blowing. The visuals are not as ground-breaking as the HD leap from the previous generation. And sadly, the only new creative work announced, Remedy Entertainment’s Quantum Break, was a predominantly live-action trailer sprinkled with in-game cinematics. This teaser was severely underwhelming and didn’t provide nearly enough information (assuming the game isn’t about a little girl who makes boats collide with bridges) to generate serious interest.

Because we saw nothing resembling real gameplay, it’s difficult to picture how each experience will feel when it’s eventually in our hands. If these new titles do nothing but improve graphics, it’s hard to be too excited about them. Even the new Call of Duty felt a little flat. Eric Hirshberg, the chief executive of Activision, presented a lovely trailer for Call of Duty: Ghosts, but I had to chuckle when Mark Rubin of Infinity Ward added, “America’s military is in disarray, and as the player, you’re the underdog fighting back against superior forces.” I don’t want to steal your thunder, Mark, but I’m pretty sure that’s the storyline of every Call of Duty since Modern Warfare 2 — not to mention numerous other shooters, such as Homefront. But hey, we get a really fancy-looking dog, so that’s innovative, right? … Right?

Still, the most surprising element of the conference was not what Microsoft did mention but what it didn’t.

Microsoft had the gaming world’s attention; the show was its chance to put millions at ease regarding the worrying issues of digital-rights management and preowned games. Rather than addressing any of these concerns, Microsoft chose to ignore the community’s queries about persistent Internet requirements. This decision has led to evasive and confusing explanations spawning from Twitter or interviews that went up immediately after the event.

It now appears that Xbox One will require access to the Internet to install games and enable regular play. Used games will also involve an activation fee. If you’re going to take such drastic actions, Microsoft, at least have the balls to come out with it head on and explain why you feel such changes are necessary and how they potentially improve your console. Don’t sweep our questions under the rug and hope we forget about it because I can assure you — we won’t.

Other interesting aspects barely covered at the show were the alterations to the controller and computing assistance from the cloud. I understand that the Electronic Entertainment Expo (E3) is imminent and you don’t want to blow your load now, but gamers need a reason to be excited for your console, Microsoft. Making a lackluster first impression can only hurt your sales potential. The dip in value of Microsoft’s shares — and the consequential increase in Sony’s — is evidence of this.

Microsoft would be wise not to forget who bought the Xbox 360 and the original Xbox during their infancy: core gamers. These early adopters and evangelists will buy these consoles at any price because they have a desperate need to play great games that they can only experience on Xbox. Unfortunately, Microsoft has done very little to prove we need the Xbox One right now. The system’s new focus as a futuristic hub that houses all your entertainment needs may backfire as the intense hardware and forced inclusion of Kinect will likely lead to a substantial price point. The casual sector probably won’t experience the same uncontrollable craving for new content as the core gamer and may keep its distance until the price drops.

The beauty of the Xbox 360 was how its target market migrated from core to casual slowly as its price fell and multimedia functionality improved. After all, $200 isn’t an overwhelming cost for a system that can fulfill multiple functions in the home, and the eventual introduction of the Kinect presented additional novelty for young children and new gamers.

Now Microsoft seems confident that the casual market is ready to throw down considerable cash to replace their 360s with a new and improved Xbox, and it has bypassed the core gamer almost completely. But will the casual market be willing to spend double or more of the current cost of a 360 just for enhanced social and multimedia functionality? Do people like our parents really care about a device that can make phone calls while they watch a movie? The system will obviously sell after release, but what portion of the casual audience will pass it up, and how big an impact with this have on Microsoft?

Maybe I’m speaking prematurely. E3 is right around the corner, and Phil Spencer, the corporate vice president of Microsoft Studios, did make a bold statement announcing 15 exclusive titles for Xbox One within its first year of launch. Even still, I’m dubious how many of these 15 will actually release in that time. Console launches rarely ever go as planned, like with the Wii U’s debut games lineup. I also wonder how many of these 15 will be exclusive sports, fitness, or family games for the Kinect, which core gamers have close to zero interest in.

I hope I’m wrong. I hope Microsoft comes out at E3 and wows us all with some incredible new intellectual properties and a revelation in how the Xbox One will change how we game. Unfortunately, right now I can count the things that interest me about this new Xbox on one hand.

Thanks for reading. For this and other rambles, please check out my blog or follow me on Twitter.