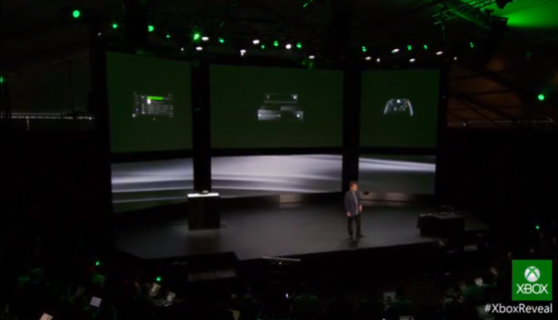 Don’t count me among the people who think Microsoft’s Xbox One announcement was an unmitigated disaster. It wasn’t. In fact, it was exactly what I expected. Why everyone else in the gaming community seemed to be blindsided by it is beyond me.

Now, I’m a news journalist but not one who deals full-time on the subject of games. I don’t talk to industry insiders. I don’t get press releases on new games. I don’t attend trade shows. I play games, I read about games, and occasionally I write about them. Despite the basic level of knowledge this exposure gives me to the inner workings of the industry, I knew exactly where Microsoft was going with its next Xbox. The writing has been on the wall for the last couple of years, displayed daily by the very Xbox 360 consoles sitting next to so many televisions.

Did no one notice the less than subtle transition? Did they assume it was a fluke? Or did they simply think Microsoft wouldn’t dare poke the bear that is the gaming subculture, a loud and sometimes fatalistic collection of voices crying deep into the night on Internet message boards?

Yes, Microsoft is now fully comfortable in placing the Xbox at an intersection where video games, TV, movies, music, and sports meet. Microsoft execs feel confident that the Internet is becoming a more ubiquitous and pervasive entity — something that will consistently be there and available to people at all times. They feel the digital age will usher in a new way to share games with friends as well as buy and trade on the second-hand market. They have the notion that, on the whole, somewhere down the road, people will stop regularly playing their old games in favor of new ones.

I don’t find any of these ideas to be particularly groundbreaking. Microsoft isn’t revolutionizing gaming with Xbox One, it’s simply bringing it up to code with the rest of our modern amenities.

“But what happens if my Internet goes down?” ask people who certainly must be eyeing warily their stove tops and microwaves pondering the implications of an interruption in gas or electric service.

I suppose it won’t work, but catering to the exceptions rather than the rule makes you a better doomsday prepper than a gamemaker. I live in and around some of the most backwoods areas of the continental U.S. you could imagine, but four-wheel drives and smartphones are still pretty commonplace. If your high-speed Internet service is spotty or nil, talk to your local government officials because your situation is far more dire than access to video games given the trend of digitally transferring for all types of information (medical records included).

There’s actually not a lot to hate about the Xbox One once you settle your mind on the fact gaming has become an accepted part of the entertainment spectrum and will be treated as such from here on out. Perhaps we have spent too long skulking in basements and bedrooms, becoming set in our ways partaking in our niche interests. Perhaps this kind of mainstream exposure will ultimately be a good thing for the evolution of the gaming culture.

Perhaps getting out there will help us all see the forest for the trees next time.