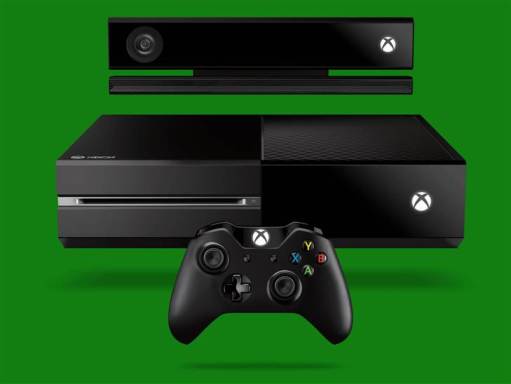 I own an Xbox, and even to me, this future of gaming on a Microsoft console is wildly unfamiliar. The TV-sports-internet-exploring-heavy Xbox One reveal event was more confusing than inspiring and made me feel alienated already.

Everything that can be said about the reasons people are upset, has been: The Xbox One does introduce some restrictive and exclusionary limits to gamers – including mandatory internet and Kinect connectivity and a lock-down on used games.
But apart from the console itself, the reveal has me even more confused as to the future of Xbox:
Why did Microsoft do everything in their power to not talk about gaming?
Is this their attempt to move the medium forward, by moving it sideways – blurring the lines between television, movies, sports (?!), and gaming?

Is it really not enough – too boring, maybe – to tell fans that the Xbox One does in fact play games, and “Here they are!”. Why is the notion of putting a game into your console and playing it becoming antiquated?

As the world of gaming is changing before my eyes, making a principled stand against the new console ecosystem is difficult for me. I have entered a sort of crisis of criticism. Am I being stubborn in the same way many were when considering the idea of the future of phones being touchscreen? These kinds of answers are never truly revealed until several years later, when the technology either takes over (touchscreen phones), or flops (3D Home TVs); and to me, this change in tone from Microsoft is as significant as those.

I am one who enjoys games by myself and with others, shares games with friends, and is really just a person who is hungry to engage in neat fictional experiences in an interactive capacity. This is the only perspective I can offer, and as such, it is what educates my opinion that the Xbox One announcement was wholly uninteresting. So here I am, waiting for E3, hoping developers still have stories to tell me, worried that I’ll have to go through so much more to get the experiences I want, and hoping the future of gaming is not full of inconveniences, gatekeepers, and extraneous features that get in the way of my games.

Or perhaps I’m already out of touch and missing Microsoft’s point of homogenizing our entertainment.