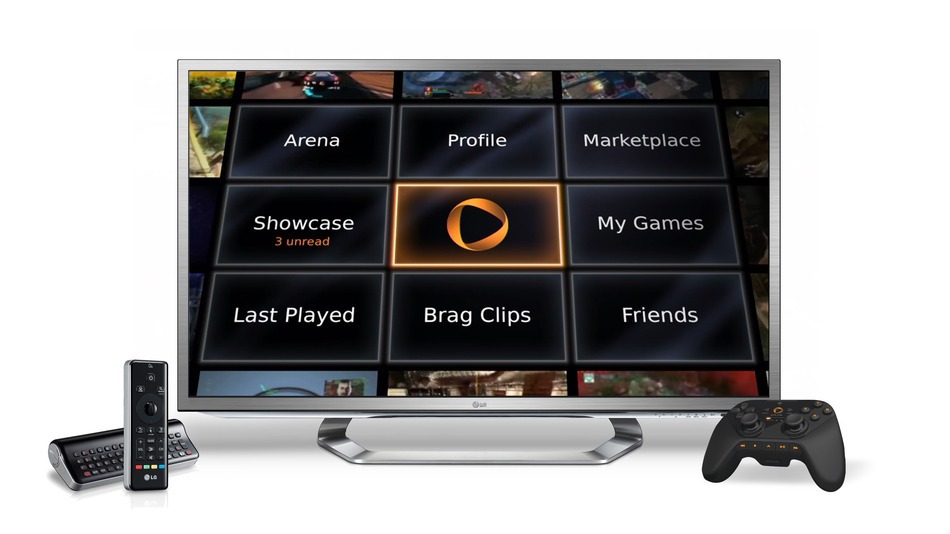 I love almost every video game I play in all genres.  As a kid, I played arcade games, and at one point in my life, I thought that Atari was God.  Then the consoles became more and more sophisticated, until finally, gaming became an interactive experience with online services like Xbox Live and MMORPGs like World of Warcraft.  OnLive is the next generation of gaming — streaming games on the “cloud” that I can play with other people, or just sit back and watch, if I want to.  Other gamers can check out what I’m doing, and I can go see what they’re up to.  I’m still in love with how OnLive performs even after two years of using it.

You only need a tiny client that’s not even 7mb in size to access hundreds of AAA and Indie Video Games streaming through the internet to you, just like Youtube or Netflix videos do.  So you’re not spending hours downloading and installing these 5g to 20g games onto your PC, it’s instant gaming! Not only that but you have the same exact access to those same game saves and games on your android phone and tablet — not all games have touch controls, though.  (Sadly, its apparent that Apple are little b****es or OnLive would have been accessible on the iOS already.  Sorry Apple users! You can get Androids pretty cheap though, if you want. /wink)

Just like Amazon or Steam or any other similar digital purchases, you buy games from the service.  The normal prices do tend to be expensive (normal retail price) but they have their sales too and even giveaway events if you follow them on Facebook or Twitter.  These are only playable on the service, you do not get a downloadable version.  You are required to be connected to the internet since these games are streaming to you. The Witcher 2 is an exception and if you buy it you also get a copy from GoG.com.  They may have similar options in the future but at this point it’s not normal.

This is the subscription option they have —  it has over 250 games now. Most of the games are older, but you’re likely to enjoy at least half of them.  Even if you don’t play them all the time, you’ll be like, “Oh wow, I love these games!”  I would name the ones I enjoy on there but I dont feel like looking up the 100+ game titles right now.  I’ll name a few hits, though: BioShock, Borderlands, Tomb Raider(s), Hitman(s) — there are a bunch of great Indie games too.  My favorite in the PlayPack is Advent Rising.  The PlayPack costs an optional $10 a month.  A major bonus to this subscription is you also get a 30% discount on everything in the Marketplace including accessories such as the Micro-console or controllers as long as you are subscribed!

A feature known as “Spectating” that allows you to view a large number of players currently live playing on the service.  It’s basically watching someone stream a game but you can switch around to a multitude of streams and pick which game you want to view (that’s available on the service, of course).  A select few games do not have the feature enabled but most do.

The default option of this feature is to allow access to any user to view you while you play a game.  You do have the option to disable it. Another feature of the Arena is the option to “cheer” or “jeer” someone as they play.  This is a reason why some people disable spectating, to stop a spam of “jeers” on their screens.  However you can also simply disable the notifications from showing up on your screen while still allowing people to spectate you.  The choice is yours.  There is also voice chat which is probably another reason people may disable spectating but so far I have never experienced an issue with anybody coming into my game and screaming into my headset. I also just don’t wear my headset unless I know I’m going to be talking with someone.  So I haven’t been bothered by that.

I don’t know how else to describe it other than super bad-ass awesomeness, but here are some words on it.  This feature allows you to record the last ten seconds of your game-play.  So if you just did something you thought was cool a few seconds ago you, just hit your key-bind Alt+B (if you’re playing on the PC client, or there’s a single button on the controller to hit (which I feel isn’t in a very easy place to quickly reach and tap but you do get used to it)) and it creates a video clip of your game play.

They implemented a Facebook connect awhile back that allows all of your in game Brag Clips and Achievements (again your choice as to which you display) to post directly to Facebook.  There currently is no YouTube or Twitch connection, but that’s of course possible in the future.  You are able to use RealPlayer to get your Brag Clips from Facebook onto YouTube if you want.  Currently you can save up to fifty Brag Clips onto your OnLive account that show up on your profile. (It used to be only ten — oh my gosh!)

Check this out: Multi-View shown off It’s currently only use-able by beta testers which are under an NDA and those users cannot talk about it freely sadly.  It’s all shown there tho, pretty incredible right?

The game library isn’t currently near as big as any gamer would want it to be, but it does have a lot of really great games including The Darkness II, Assassins Creed 2 – Revelations, Sleeping Dogs (my current fav game!), and Darksiders 2. It doesn’t have every popular AAA but it certainly has a worthy amount of them. The library has always grown, but at a slow pace.

Any service like this, no matter how awesome, is going to have a down side. With OnLive, your internet connection needs to be good.  Even if you “have good internet”, you still need to be able to maintain a steady connection to OnLive, in order to play the games.  Thankfully, you can try the service completely free.  You can either go to OnLive.com and try their games in your browser, or you can sign up for a free account and download the tiny client to see how the full client works.  If the service doesn’t currently work great for you now, but you think it’s a cool idea, be sure to keep checking back with them.  When I first tried the service I couldn’t connect properly for two months.  Of course, I wasn’t trying every single day — LOL — it took me that long to finally see that I could connect and use it.  I feel fortunate that it didn’t take longer.  =p And of course there’s the whole bandwidth issue which i’m fortunate enough to not have to deal with for now.

I love everything about the service.  I’ts been two years since I started using it, and it never fails to impress me.  I love just booting it up.  The service does encounter errors, but it’s far less irritating when it’s not taxing my own PC.  When it happens on OnLive, I’m just like, “Damnit! You bastards!”, and I reboot the game. Unlike my PC, OnLive doesn’t usually take ten minutes to reboot a game (exaggerated of course), or force me to reboot my computer, or urge me to smash my PC into itty bitty tiny pieces.  Anyways, the service does run into issues just like any service would, but it’s still awesome. OnLive filed for ABC bankruptcy and transferred ownership to a new company under the same name at the end of August 2012, but they are still alive and kickin’, with zero interruption. However, anything can happen.  Be wary of it if you must, but at least check out how awesome cloud gaming can be and is going to be.  It still blows my mind.

A lot of OnLive’s features were part of Sony’s PS4 reveal. =)