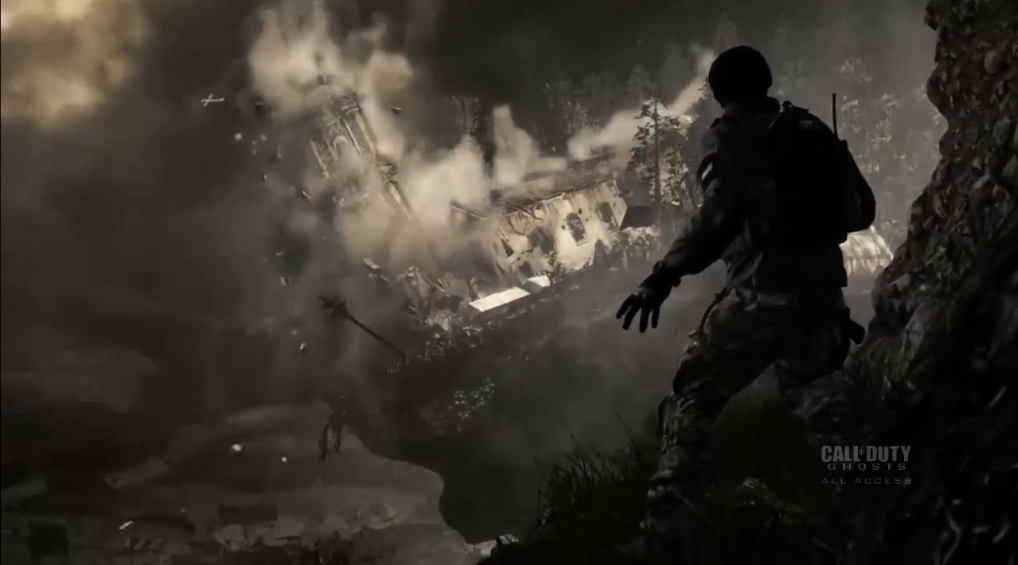 I was a couple of minutes late to the live stream. The reason I watched it is because this is a game I simply don’t mind spoilers for. I hate spoilers! Even the small ones, for most games that is. Shooters? I’m usually ok with spoilers, especially when it’s one that’s part of a very long series of familiar games.

So I jump into the live stream and what’s the first thing I see? Swimming underwater. Even I was like “How many times are we going to see this opening?” They’re really cool but I mean come on.
But then bullets started flying! Or swimming? Ok, it’s not super unique or anything but that was damn cool! Definitely better than just watching your character in a scuba suit start underwater and come out of it as an opening scene.
Actual interaction while under water? Nice! Thank you! A lot of the underwater scenes were so incredibly gorgeous that I can’t help but think a lot of them were cinematics but the in game graphics that were shown were beautiful. =p

I don’t really care about the dog too much but I do think it’ll be a cool element. I’m not quite sure if you actually take control of the dog but that’s what it looked like. I do think it’s silly to take control of the dog, cool gameplay aspect, but then he might as well just be a drone. I did think it was cool that the dogs barks will pull enemies out of hiding to investigate or distract them. The dogs name is now confirmed to be Riley. Congrats to the winner of that contest! What was really cool was to see Riley bursting through a door with his jaw locked onto to his enemy.

The City At Night

I loved the skyscraper scenes, just gorgeous. Nothing new with the whole bursting through window action but it was definitely pretty and still badass. I loved the part where the building is tearing apart and falling over and the Ghosts (I assume) are sliding down the inside of it and then out! Super cool. I wish I was able to snag more screenshots of the scenes.

Above: Falling through the skyscrapers

I’m not a super major fan and follower of the series or anything but I enjoy all video games. I really liked the campaign for Black Ops, and Modern Warfare 3 had some pretty epic scenes but the story wasn’t as good as Black Ops to me. The multiplayer is of course fantastic. The graphics in Ghost are looking pretty impressive. I really love the lighting effects. I think it looks pretty cool so far.