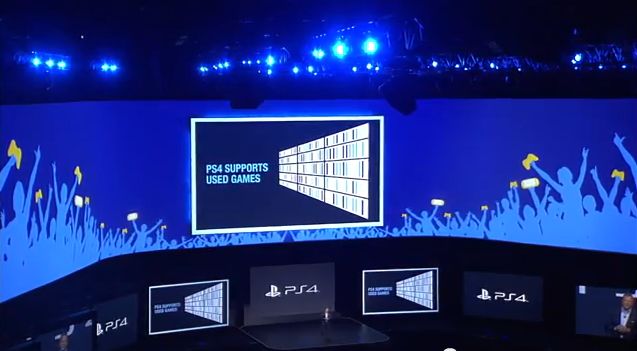 During the Second Punic War, Rome was threatened by the relentless attacks by Carthage’s Hannibal who led a brilliant campaign, far from his home of Carthage in North Africa, across the Iberian Peninsula to bleed the young empire dry over several years. Hoping to destroy his lines of supply, a young general by the name of Scipio Africanus led a force into what is now present-day Spain, leading a successful series of battles behind his lines to sever the arteries feeding his armies. In the Battle of Ilipa, in 206 BC, Scipio was confronted by Carthaginian forces mustered together to reclaim what he had taken from them. According to certain figures, his army of 48,000 faced down an army made up of 54,500 which included a number of fearsome war elephants. In their first few confrontations, Scipio placed his best soldiers at the center of his formation with his allies on the flanks, convincing the Carthaginians to focus their best strength in the center with their weaker forces along their own flanks.

When the day of the ‘real’ battle came, Scipio ensured that his men ate well in the morning and then reversed his formation — his best would now be along his flanks while his Spanish allies would hold the center. Attacking and surprising the Carthaginians (who didn’t have time for breakfast), they reacted as Scipio expected them to by placing their elites in the center with their war elephants and leaving their flanks to their allies. When they realized that Scipio had changed his game plan, it was too late.

As the two forces clashed, Scipio withdrew his Spanish forces, pulling them back creating a ‘bowl’ like formation that enveloped the Carthaginians. Scipio’s strongest flanks now pushed against the sides of the Carthaginian army, squeezing their elites in a vice surrounded on two sides by their own allies pressing them and a Spanish force still out of reach in front just waiting for the right moment to strike. Scipio had lured the Carthaginians into a trap that they couldn’t escape.

By picking his strategy and outsmarting the enemy, Scipio not only defeated the Carthaginians at Ilipa — he utterly annihilated their army leaving only six thousand left alive to flee the battlefield.

And that’s essentially what Sony had done at their conference last night in one of the craziest PR moments in gaming history placing itself in the same league as when the Saturn was suddenly announced to the crowds months in advance in 1995’s E3. Unlike Sega’s short-lived surprise, however, Sony will be launching at $100 USD less than the Xbox One, won’t alienate other retailers, and will actually have a decent lineup to start with.

In some ways, Sony’s situation almost demanded that they go to extremes in the same way that Rome entrusted a part of their future to Scipio. The company has been struggling with a declining market share as its products, such as its once-lucrative television division, found themselves battered by rivals who have also moved into the mobile market. Mounting losses have also led to dramatic shakeups within its corporate hierarchy in an attempt to revitalize the ailing giant. This year, Sony was finally able to post its first profitable quarter since 2008.

It’s eerie looking back at what Sony DIDN’T do and how it played into last night. After announcing the PS4 in February, it was easy to see it as a mistake. “They had revealed their hand too early”, “Microsoft can plan ahead and knock them back”, and so on, much like how Scipio had seemingly left his strategy open for the Carthaginians to interpret. And when Microsoft finally brought out the Xbox One, trumping Sony’s hardware no-show, it only fueled even more speculation especially after affirming the Xbox One’s need to connect to the internet.

All through the self-imposed silence in the past several months since February, Sony quietly played their own game of PR, flanking the debate with cryptic, short answers, skirting the growing frustration being felt by the online community over the Xbox One’s draconian requirements for used games and rights management. Rumors began circulating that Sony would be following Microsoft’s lead — just that they weren’t coming out and saying it just yet so as to better measure their own, seemingly inevitable, response, pulling the debate deeper into a formation that seemed to be the only play they could make.

Microsoft isn’t stupid. They’re not where they are for doing dumb things on a regular basis. But their record isn’t one of perfection, either, as a number of examples from Microsoft Bob to Zune illustrate. This is also why Sony’s PR maneuvering — it’s celebration of indies, knocking down the bullet points on the Xbox One’s online sheet — had struck with as much power as it did. The cheers didn’t seem to only celebrate Sony’s support for gamers, but were also a repudiation of what Microsoft and its publishing partners wanted to decide for the living room with the Xbox One.

That’s not to say that Sony is the “winner” — it’s way too early to call a victor in a battle that hasn’t even really started yet. But it is an amazing time to be a gamer.

The Xbox One is still a powerful device and Microsoft’s long history has always shown that if they can’t simply win outright, they’ll adapt, make it work, and push forward. Microsoft’s deep pockets, fueled by its other businesses, has proven that it has the war chest to go in for the long haul with how many billions are needed. Judging from how quickly pre-orders had almost sold out last night on Amazon, the Xbox One will be home to celebrate the holidays with many eager gamers — along with the PS4.

There are also still questions over how important it is to actually have a PS4 or an Xbox One — at least for players like me who still enjoy what they already have as a platform from PCs to Wii’s. Or how Sony’s cloud gaming network will come together, how reliable the hardware will be, or the concerns over having to use ‘real names’ in signing onto their network leading to another degree of lost privacy.

But for last night, at least, Sony had fought and won their Battle of Ilipa. In the end, the bigger question may be whether they can take that all the way to Carthage.