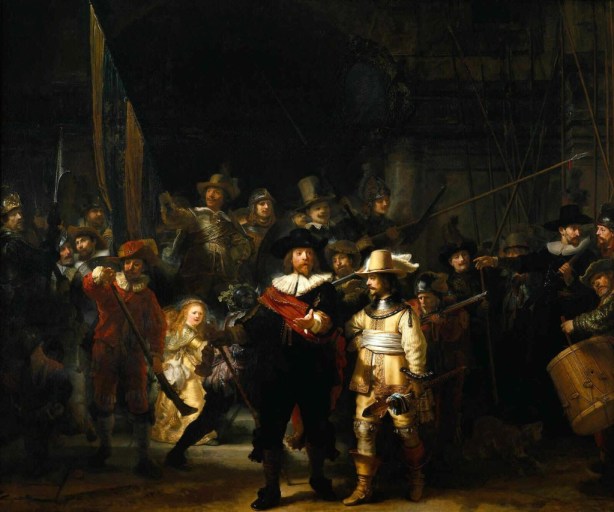 E3 is over, but the war has only just started. After Sony’s stunning PR victory at the event, Nintendo’s focus on their own games, and Microsoft’s dogged determination to demonstrate their vision for the living room and game distribution at large, what was left after the dust settled?

Microsoft – The future’s so bright, my Kinect wears shades

There’s little doubt that heading into E3, Microsoft was under a lot of pressure to explain its ideas.

In the days since it had rolled out its Pre-Order Product Information page at the official site, the reaction to its draconian requirements has been less-than-enthusiastic with commentators calling it everything from anti-consumer and pro-industry to creating a raft of memes that were more to the point.

Lost in the noise were a number of clever ideas such as utilizing the cloud in processing low latency instructions for games to being able to share your library with family members or friends without actually having to carry physical media. The digital-centric approach of the system, the integration of onboard tools to enable social sharing of game experiences and connecting with friends, and dev-friendly architecture have ticked off a lot of marks pushing Microsoft’s agenda of an interconnected ether of 1s and 0s.

Yet it’s also hard to shrug off the impression of the Xbox One as a kind of gated community where you will need to check in at the front gate order to be a part of that experience. In one of the more widely reported statements, Microsoft’s Don Mattrick (President of the Interactive Entertainment Business there) said to Geoff Keighley at Gametrailers that if you have trouble with getting online, there’s always the Xbox 360. This didn’t go over well in public, especially with those in the military looking for a little downtime overseas, though Phil Spencer (Microsoft VP of Microsoft Studios) was a bit less blunt when he spoke with Destructoid saying essentially the same thing.

The new requirements (broadband, Xbox Live, Kinect) that were once optional are now absolutely needed for the system. A little over half of those that have an Xbox 360 today (est. at 77.2 million units as of Microsoft’s third quarter for their 2013 fiscal year) are subscribed to Xbox Live as of Feburary this year (a little over 46 million members), though only a little less than half of that actually bought into a Kinect (24 million units).

Restrictions taken for granted with digital downloads were now broadly applied to physical media.  Even if you never used your Xbox 360 online, cared about Kinect, or don’t even have broadband at home, the new Xbox One will require you to join the club and Microsoft hasn’t done a great job in explaining why — much like how they had pushed a touchpad interface to desktop PCs with Windows 8.

Above: The new Kinect’s sophistication has also opened the floor to concerns over privacy and its requirement as a tied-in component of the Xbox One following its reveal. Fortunately, Microsoft says you can actually turn it off using the onboard settings.

Another elephant in the room was the question of bandwidth consumption. Naughty Dog’s Arne Meyer who, in an interview in 2011 with Now Gamer, mentions how Uncharted 2 “barely made it to 25GB” with Uncharted 3 pushing 50GB. Even though that’s a PS3 game, the Xbox One will also be using Blu-ray. With AAA title development consistently pushing ahead with bigger and better presentation values, just imagine pulling something like Uncharted 3 down. And then there are bandwidth caps to consider. Mandatory installations and sharing games could fill up that 500GB quickly making budgeting an extra drive another potential cost to consider for a number of players.

But one of the biggest pluses with this feature is that up to 10 individuals can be a part of that “family” grouping that the Xbox One will use as a part of its shared games feature. So if you buy one game, everyone in your “family” (who aren’t necessarily blood relatives) can download it and play it – not at the same time, but when everyone can play it, it might not matter. People can set it to download the game, go off and do something else, and then be back in time to play it. It’s something that services such as Gamefly might actually have to worry about.

Microsoft haven’t made things easier with the short list of countries that will support the Xbox One on launch excluding territories such as Eastern Europe and nearly all of South America. Japan isn’t even on the list along with a number of other Asian countries, though support is promised in “late 2014”, though not too surprising considering that Japan has never warmed up to the Xbox 360 in a way that it has in North America.

Above: Sorry rest of the world. It’s business, not personal.

The Xbox One’s services do mirror Steam’s to some extent, though with a few key differences. When Steam first started out, sure, it had issues. I was part of the crowd that was upset over Half-Life 2 being tied to the service.

But PC players still had options and their systems weren’t tied to a mandatory check in once every 24 hours – or to a hardware dongle requiring it to work. Even today, one of the most successful games of all time, Minecraft, runs perfectly well without DRM. My PC at home is nothing like the networked kiosks that may be found in an office environment with shared applications. And that’s what Microsoft seems to be finding inspiration from.

As gaffe-filled as Microsoft’s public efforts to explain their vision have been, it does have one very compelling reason why I don’t see them changing course too dramatically in the near-term: they could be taking the same kind of long view that they did with the very first Xbox.

Microsoft is convinced that their vision is the right one and if they can make their ecosystem work, they’ll be in the proverbial driver’s seat. Sony has essentially used its platforms to help leverage the adoption of technologies it heavily invested in such as Blu-ray which won over HD-DVD, a standard that Microsoft had backed and supported with a player peripheral for the Xbox 360.

They also might not have much of a choice. It might only take a small change on their end to disable the always online check-in, though pushing that change might involve backtracking a number of things that could already be built around it and other aspects of the service. As anyone that has worked in a large corporate environment before can attest to, change doesn’t always mean “right now”. But it’s still a possibility, though little solace to players put off by other aspects of Microsoft’s living room such as the publisher-friendly model for used games.

There were people that wrote off Microsoft’s Xbox in the face of Sony’s PS2. Two generations later, Microsoft is still in the fight having made their point to the tune of billions of dollars for their partners and the millions of fans they have around the world. Now they’re gunning for something much larger and if making a cannonball into the pool will take them there, they’ll take the same running leap that they did when they crashed the party in 2001.