Sony – The status quo is a good starting point

How times change in seven years!

In 2006, controversy swirled over the newfangled Blu-ray standard Sony backed and had integrated into their newest console, the PS3. The fear of publishers in being able to imprint discs with the kind of DRM that has everyone up in arms over the Xbox One never materialized – at least not yet.

Microsoft’s Xbox One also offers a lot of value for its $499 price tag – built in wi-fi, a Kinect system, spacious hard drive, and a Blu-ray drive.

Ironically, so did the PS3 in 2006 when it debuted at $499 and $599 USD respectively. The Xbox 360’s models launched at $299 and $399 USD, though it didn’t come with multiple media slots, built in wi-fi, or was equipped with a Blu-ray drive. The $299 version didn’t even come with a hard drive. Sony had to fight to explain why their system was the better value, which it arguably was by how much it offered in one package, an ironic situation that Microsoft now faces seven years later. 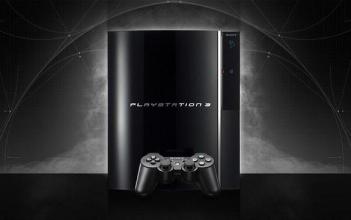 Above: It was huge, expensive, and gave Sony extra work in explaining why it was the better deal. It didn’t keep it from selling out early on, though.

Sony’s decision to essentially not change anything except the hardware was a big surprise to those who expected it to follow Microsoft’s lead in pushing a digital-only agenda. Sony appears to be heading in that direction anyway – its PSN network and emphasis on social connectivity mimic Microsoft’s efforts to a close degree. The biggest difference is that this time, instead of making consumers pay for it all at once, Sony opted to add in add bits and pieces along the way easing its audience into its vision for the living room.

The pay model for PSN, which snuck in behind the raucous euphoria of Tretton’s gamer friendly diktat, is probably one of the biggest changes to Sony’s operating model but one that gamers have been willing to pay with Xbox Live Gold – or Playstation Plus. If it’s multiplayer that you want on the PS4, it’ll come with a price tag, however Sony’s Shuhei Yoshida in an interview with Japan’s Game Watch (via Dualshockers), has said that “This will also depend on the judgment by the publishers, and there will be some free to play titles that you’ll be able to play without needing a PS Plus subscription, like PlanetSide 2 and DC Universe Online.” Could there be more in the future? There’s no reason why there wouldn’t be.

Above: The PS4 is also taking baby steps toward its own cloud service. Real names will also be invisible online, so you’ll still get to run around in the next Killzone as “StrawberriesInUrBase” if you want.

Real names also won’t take the place of online handles or nicknames – instead, they’ll be left undisplayed much like your account’s email address. Yet questions still linger over the new bits that Sony bolting to the PS4’s future – how Gaikai will be used, whether backwards compatibility will be delivered through it, or when exactly the console is scheduled to come out this holiday season.

They’ve also left the door open for publisher-dictated DRM, though that’s hardly a surprise. Players have seen how a number of big-name publishers went ahead with incentives to buy new as opposed to used whether its online passes or actual DLC.

The question is what form that will take now with the Xbox One’s restrictive policies on one side, Sony and Nintendo’s relatively open approach on the other. The PS4 will be “region free” allowing any game from any region to play on it, much like the PS3 today. Nintendo’s own Shigeru Miyamoto voiced his own opinion about game ownership in an interview with Eurogamer, likening them to toys with clear ownership.

Perhaps the biggest takeaway from all of this is that Sony’s PS4 won’t be significantly different from what players have come to expect with the PS3 – only now with better bells and whistles to ease players into its vision of a connected living room and having to pay for multiplayer. But the key word here is ‘ease’ without sending too many mixed messages on restricting a number of things that gamers had traditionally taken for granted on consoles.

The question is whether they’ll be able to keep that momentum going since the divide between both consoles isn’t that great. Other than the DRM-heavy requirements and Kinect, the Xbox One and the PS4 are relatively close to each other in terms of hardware power. If it weren’t for that, I doubt that Sony would have walked away with as much positive PR as they did. The battle has shifted from sheer hardware power to the living room with both vying to keep the fans they have and prove to others that theirs is the best platform to invest in. Exclusives also help.

Microsoft’s impressive lineup was countered by Sony’s hardcore courting of indies, however, which was something that no one could ignore when they were also front and center onstage. Then there’s their partnership with Steam – though Playstation Plus by itself has earned plenty of Steam-like goodwill in how well it has treated its users. Time will tell if Sony’s online partners will band together to make the PS4 even bigger online than the last generation did. As this past E3 has shown everyone, the gloves are off for Sony.

The PS4 also represents a massive gamble for a company that had reported its first profit in 5 years with Sony CEO, Kaz Hirai, recently quashing a suggestion on splitting its entertainment and hardware divisions. Though the PS3 has posted massive sales numbers world wide, the colossal lead that they had enjoyed with the PS2 had all but evaporated with its other divisions struggling to keep pace with competitors such as Samsung.

Sony conservatively decided to remain all about gaming and not so much about evolving a new paradigm. From their perspective, they’ll build that as they go along and hope that you’ll be along for the experience. For a company that once held the world in its hands with every electronic innovation it sent out from its doors, the PS4 will be playing an important part in a much larger fight.