Nintendo had a big booth, no E3 press conference alongside the other two, and little relative fanfare. What they did  have was a lot of enthusiasm and plenty of first-tier titles promised for the future. So why are they still relevant? To more than a few hardcore Nintendo fans, that’s not even a question that deserves an answer.

Nintendo has always done what Nintendo thought was best for itself and its focus – simply delivering great games to its audience. Its underpowered Wii smashed commercial records leading sales in the last generation largely due to the novelty of its control mechanism and its relatively cheaper price point. Having solid first-tier titles was icing on the money cake.

Everyone could get one and not only have fun with it, but do so with games that appealed to casual players and hardcore fans of Nintendo’s favorite properties. It was even used in physical therapy or “Wiihabilitation” as some have called it. At the same time, it’s wild success also opened the door to a disturbing degree of shovelware on the machine — so much so that Gamasutra’s Howard Wen asked whether a new “Seal of Quality” should make a comeback for the Wii five years ago in 2008.

The problem now is in the perception of what Nintendo thinks success is versus that of what everyone sees with Microsoft and Sony. Some people have already started calling the next battle as one between the “Big Two” — Microsoft and Sony – with Nintendo off on its lonesome. Commercially speaking, that may turn out to be true. Game-wise, however, the Wii U will be the only system where fans who still can’t enough of Mario and Zelda will find that kind of magic. 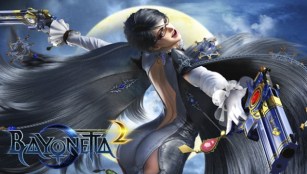 Above: Platinum Games might never have gotten the chance to make Bayonetta 2 if Nintendo didn’t step in as a partner.

I still don’t have a Wii U, though, because none of the games out right now really appealed to me. There’s a new Mario Kart (due early 2014, but the other systems (including the PC) will be getting the Witcher 3. A few upcoming titles look neat, such as Bayonetta 2 and The Wonderful 101, but they’re not enough to make me splurge on a new Wii U just yet. Right now, the 3DS has more games on it that appeal to me over the Wii U. And it’s weird looking at Nintendo like this having grown up with the NES and seeing the sheer domination the company held over the industry, shaping a generation of gamers and developers in the process.

Nintendo’s focus on its gaming exclusives than in trying to battle the higher costs of production and visual blammo that the Xbox One and PS4 will be jousting at each other with is the only fight they seem concerned with. Nintendo isn’t choosing to throw punches at either Microsoft or Sony. In an interview with NBCnews.com’s Todd Kenrick, Nintendo’s Reggie Fils-Aime stated “The way that I would describe it, is that, you know, there are others doing their own thing, you know, to use your words ‘battling amongst themselves’. We’re in a different space, making people happy, giving them great gaming experiences that they can’t get anywhere else…”.

But the mixed messages that they are delivering, with a number of titles due out in 2014 as opposed to this holiday season, are still hard pills to swallow. Super Mario 3D World will be arriving this year along with Pikmin 3 and Wii Party U. Ubisoft hasn’t abandoned the console, either, with a new Rayman and Skylanders game hitting retail this year. But that’s a short list of titles to tide everyone over until more titles begin dropping next year.

Nintendo may have avoided a bruising battle in releasing the Wii U at the same time as the PS4 and the Xbox One by going at it a year early. At the same time, it’s also a situation eerily reminiscent of the Sega Saturn when it had launched several months early in 1995 for a number of players who want more than a small handful of games that they are interested in. 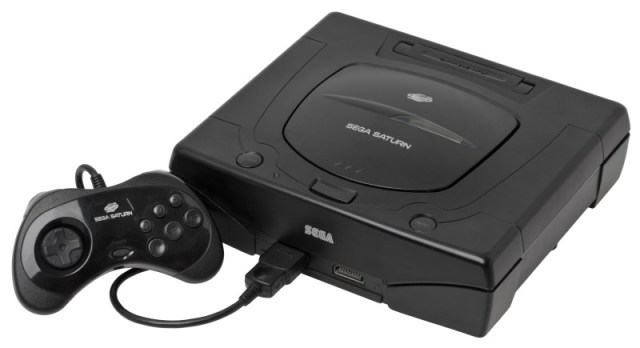 Above: I came out early, too. How anyone could get tired of games like Clockwork Knight and Virtua Fighter in five months is beyond me.

As Reggie Fils-Aime shows, Nintendo may not even be bothered by any of this, content as they seem to be in waging their own battle within the niche they have carved out for themselves in the same way their handhelds have. For some, that sounds like they’re simply burying their heads in the sand. For others, it’s validation in seeing Nintendo buck expensive development trends.

Whether audiences around the world will still want to take another journey into Nintendo’s Kingdom remains to be seen going into the next few years. The Wii U might not be the console for everyone but many of its well known titles still are. And to Nintendo, that’s more important than crossing the uncanny valley.