Everything you need to know about a game can be found in the opening scene.  It is a contract with the player that communicates important information about the characters, setting, emotions, story, and gameplay. From the first 15 minutes, you should be able to tell if this game is for you. Some games do this exceptionally well while others drown you in boring tutorials or heavy dialogue scenes where nothing happens. Only the best hit a perfect balance that makes the player yearn for more. I can think of no better example than developer Naughty Dog’s Uncharted 2: Among Thieves.

Like the previous game, Uncharted 2 begins with a quote from a famous explorer. These quotes serve a dual purpose: They tell us whose travels we will be exploring, in this case Marco Polo, and foreshadow future events. The quote implies that Polo experienced things during his travels through Asia and China that no man would ever believe. Many of the things in Polo’s writing were fantastical to Europeans during the 13th and 14th centuries anyway, so the fact that he left things out means that he found something unfathomable, which is the exact kind of thing our protagonist Nathan Drake would be seeking. 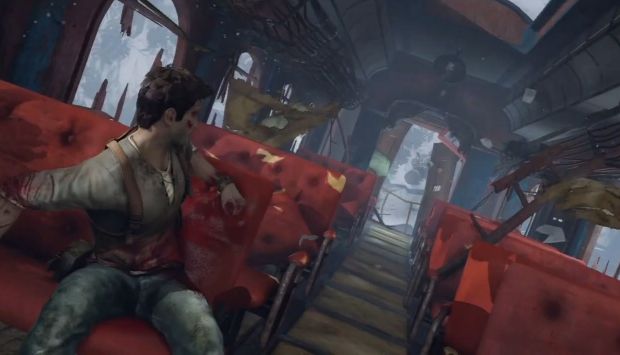 As the black fades into the game, we find Nathan in one hell of a bad situation. He is sitting in a train car while disoriented and nursing a bullet wound to the gut. “What’s going on … ? That’s my blood. That’s my blood. That’s a lot of my blood,” he says out loud. Debris then falls next to him, and slowly we realize that the train is in a vertical position. “Well, that is odd,” we think to ourselves.  Nathan falls through the train car and out the back, grabbing on to a pole at the last second.

At this point, we finally realize the gravity of the whole situation: Nathan is in a train car that is dangling from a cliff. “Oh crap,” says Nathan and us. If only he were just bleeding. In just about 1 minute and 30 seconds, Uncharted 2 has instilled a sense of urgency in the player that most games can’t for their entirety.

Guiding Nathan as he struggles on the outside and inside of the train wreck helps give us a sense of him as a character. Most people put in his position would just admit defeat. He’s bleeding profusely and is one moment away from plummeting to a fiery, metal death, but Nathan keeps fighting. For him, this is just another day’s work. We begin to understand that he is a hardened survivor, and most of all, he perseveres. He fights through all of this while delivering snappy one-liners in an endearing, smart-ass tone. It’s a charm that makes the player root for him from the start. 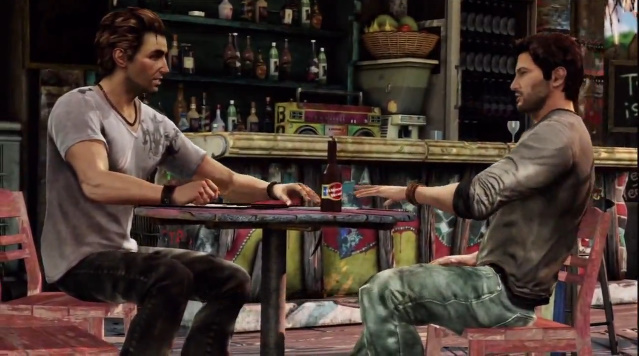 When Nathan reaches the top of the wreck and exerts one last desperate leap to safety, we are granted a flashback of the initial cause for his predicament. Some old friends by the name of Harry and Chloe found a job that needed his expertise. It involves stealing an old, Mongolian oil lamp that once belonged to Marco Polo. Nathan figures out that the lamp might lead to the 13 lost ships of Polo’s fleet — all loaded down with untold riches, of course. The three of them agree that they will “dick” their client over and take the treasure for themselves. “What could possibly go wrong?” Nathan says while laughing. Cut back to a huge ass train wreck with a half-dead Nathan. Obviously, a whole hell of a lot. 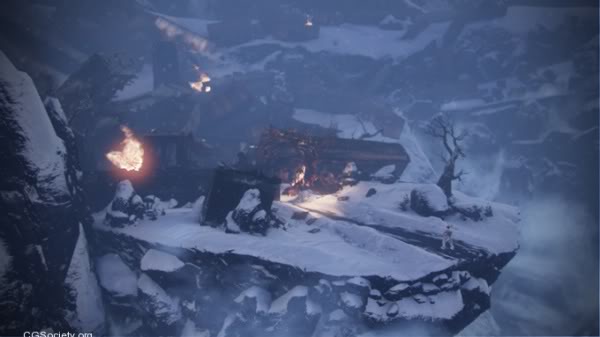 Once again, more information is revealed. Nathan is a treasure hunter and a smart one at that since he was specifically sought out for this mission. It was supposed to be an easy smash-and-grab job, but something went awry. Cut back to the half-dead, frozen fool as we guide him through even more wreckage. By this point, it is pretty obvious that the story has dropped us in medias res (a Latin narrative technique meaning “into the middle of things”). We know that Nathan was going to steal an artifact and search for Marco Polo’s lost treasure, but how we got here is a mystery — one that the player will pursue for about half of the game.

Dropping us in the middle of the game is a great move by Naughty Dog. It instantly makes us invested in the story (how the hell did he destroy an entire train in a mountain pass?) and foreshadows bad things to come for Nathan. While plaything through the first half of the game, we actively wait for the moment where everything goes wrong. We are given pieces of a puzzle and the desire to fill in the rest.

One thing the opening does more fluidly than any game I can think of is putting the player through the tutorial. While Nathan is being thrown around, we become acclimated with the controls. There’s no awkward pausing to explain anything, just some brief text to tell us what button to press in order to guide Nathan to safety. It’s a seamless transition from newb to veteran that every developer wishes it could execute with the same amount of style as Naughty Dog. 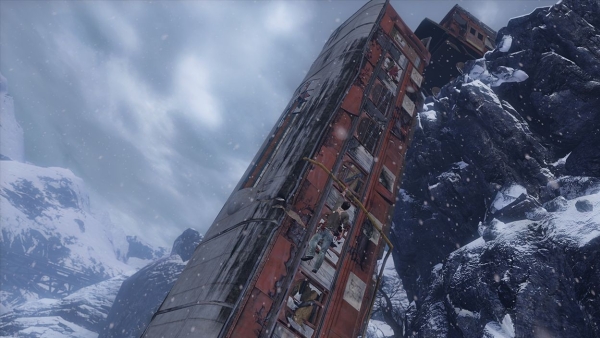 The best trick that Uncharted 2’s intro pulls is making the player yearn for more. If the opening sequence features Nathan climbing out of a falling train, how on Earth could the rest of the game top this moment? The rest has to feature something absolutely insane to top this moment, and it does. From being chased by a helicopter to fighting a tank through a Tibetan village, Uncharted 2 consistently tops itself while saying to the player, “Just wait for what’s in store next.”

Uncharted 2 has a perfect opening sequence. The first 15 minutes thrust you into a precarious situation and yell, “Climb now!” It at once establishes Nathan as a vulnerable and charming treasure hunter who will survive any situation while giving us hints at greater moments in the story and leading us through a fluid tutorial. It creates a memorable sequence and hooks the player for what else could be waiting in the next chapters.