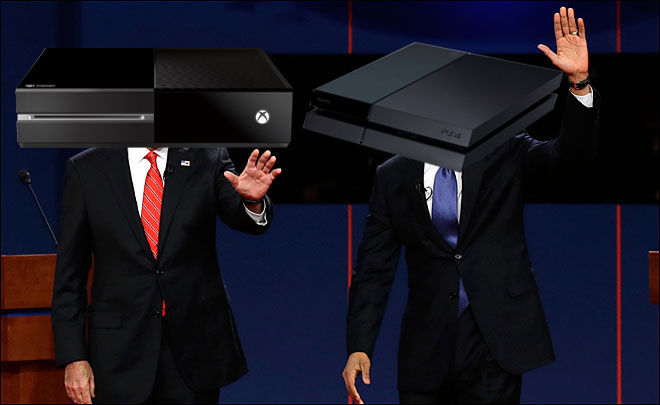 It’s all so freakin’ political. The Electronic Entertainment Expo (E3) this month was certainly interesting, and elements of it rightfully deserve to go down in gaming history. Every new video game generation brings with it a new compilation of moments that intrigue critics, skeptics, analysts, and GIF creators alike — particularly because of the uncertainty surrounding each impending console launches.

Likewise, many people have voted on which candidate they think will win the race (or “war,” in this case): Sony or Microsoft. For those who just care about playing every good game they can, picking a side doesn’t make much sense, but it’s not anything particularly new. Gamers have always rooted for consoles much like constituents do presidents.

Still, the reception of both consoles was oddly lopsided. Microsoft’s Xbox One (aka XBone, X1, Satan) was slammed for features that probably won’t affect so horribly those consumers who were openly miffed, and Sony’s PlayStation 4 was worshiped for a showing that was arguably mediocre at best. 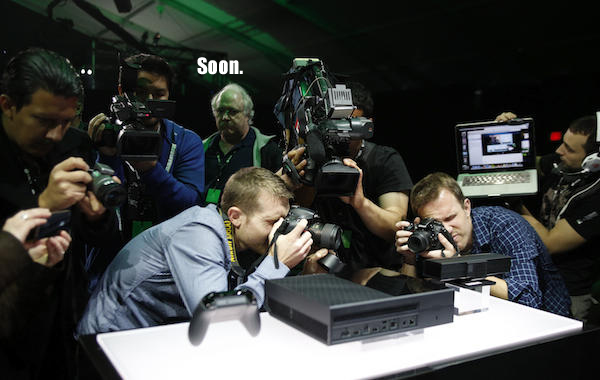 When you see it …

It’s about the games

“The games are what really matter.” Gamers repeat this mantra without stutter although many seemed to treat it like an empty statement when it comes to these next-gen consoles. People were considerably fond of this sentiment when it came to Microsoft’s reveal of the Xbox One during its conference in May. “Where are the games?” they asked vehemently. Well, E3 certainly provided a hefty lineup of games, but it all seemed to float right over everyone’s heads. At that point, policies became the main source of ire.

Suddenly, E3 2013 solidified itself as a show where games took a backseat. Instead of people judging both consoles on the merits of their content, the focus was centered on virtually everything else. Ironically, more attention was paid toward nongaming features and how they would distract us from gaming.

I say “judging both consoles” for a reason: Few people seemed to extend the same skepticism toward the PlayStation 4 that they rightfully lobbed at the Xbox One. Excusing personal preference, the number of announced titles has always been a key factor to the early reception of a next-gen console. Practically every system starts off slightly bare, so a variety of impending content gives us an idea of a system’s potential … or at least the illusion of it.

Microsoft announced a total of 15 exclusive games for the Xbox One whereas Sony only confirmed a meager seven for the PS4. What happened? Why did the Xbox One get hammered for the lack of games at its announcement yet the PS4’s lackluster E3 lineup went seemingly unnoticed? I have no doubt that the focus will rightfully shift on to content in due time, but I hope it’s sooner than later. This is what “really matters,” after all.

Oh boy … I can’t wait to play Knack. Looks like a riot.

Someone please think of the … soldiers?

At first, I easily shrugged this issue off as forced bickering from the fringes, but it quickly grew into common criticism aimed at the Xbox One. After an article appeared from the Navy Times, the gaming press was sure to let us know that the Xbox One’s online check-ins would prevent overseas military servicemen and women from playing its games. Umm … OK?

I don’t mean to come off as inconsiderate, but why did we need to know this? How, as individual consumers, does this help us make an educated decision about whether or not to buy the Xbox One? Corporations are self-interested. We get it. Plenty of us have stomached a Netflix documentary or two. But to push the tone of coverage into the direction of “Microsoft doesn’t care about the military” by pinpointing that specific group (which practically nobody in gaming cared about until now) feels incredibly unnecessary and biased.

Sure, I’m not particularly fond of the direction that Microsoft is going in, but coverage should have been kept to basic, pertinent facts. Knowing the Xbox One’s price and that it requires broadband, doesn’t work in certain countries, and enforces a restriction on used games is enough. From that information, readers can easily figure out whether or not the Xbox One is something they should buy. And it wouldn’t take much for them to recognize that soldiers stationed in third-world countries wouldn’t be able to play it. Contrary to what some writers seem to believe, people are not so stupid and helpless.

By singling out the military, the press actively controlled the tone of the message, further pushing consumers into believing that the Xbox One wasn’t in their best interests. Many other specific groups have been alienated by the entire hobby — particularly those with certain medical problems and disabilities — yet nobody speaks about them because it wouldn’t apply to the necessary facts that journalism is supposed to relay.

Reporters, have more faith that your readers can digest info on their own, and please stop making every little thing in the industry as partisan as you can.

Note: I searched for any comment from Microsoft on the matter and found this. Apparently, the company is “experimenting with special exemption codes that could be given to select people in very particular, Internet-free situations.” Good to know the rest of the gaming media considered that information important enough to share, yes? Credit (and kudos) goes to Polygon. 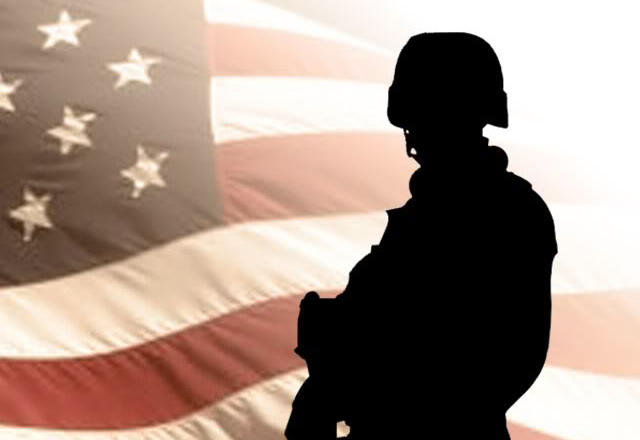 No offense, but this doesn’t really come to mind when I play games. Well … not all games, anyway.

Becoming a giant only by comparison to a dwarf

Fact: The PlayStation 4 blew everyone away. Also fact: It only did so because it provided what was expected of it, nothing more or less. When one truly gets to the bottom of Sony’s conference, they realize that Sony featured what was arguably the bare-bones minimum: the console, exclusives games, third-party support, indie support, and multimedia baggage.

“But wait,” Sony said. “You know all that bullshit those other guys are doing? We’re totally not.” And so the crowd roared, and suddenly we all found our new messiah to help us overcome some foreboding death to the medium. I’ll admit even I was impressed at first — so much that I preordered a PS4 as soon as I could. But with more thought, I quickly realized that we all had played into the same corporate trickery that many writers so proudly claim to have a keen eye for and contrary attitude toward.

Microsoft screwed up, and thanks to hyperbole from the press and public, it was more damaging than one would originally expect. And so Sony decided to capitalize on our frustration and dejection by actively comparing itself in a good light to said screw-up. For a lot of gamers — particularly those who make their purchases based on principle — the PlayStation 4 looked like a godsend next to the Xbox One. This is understandable, though unfortunate, as such adrenaline-fueled moments can actively influence our ability to reasonably analyze and gauge the actual merits and faults of these products.

It’s important that we base our praise toward a console on the advantages it provides, not its mere lack of negative qualities. I am not a murderer, a thief, or a bigot, but comparing me to those who are does not and should not, by default, imply that I am an amazing individual. I am considerably average, as is the PlayStation 4 (so far). 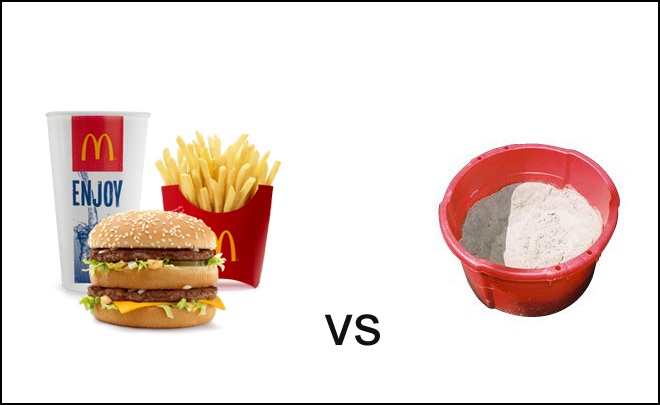 Not exactly a tough choice though both do result in you crapping sand.

Shocker incoming: Consoles are all about games. Everything else they could possibly do (and are already attempting) is better done by other devices. Content is king, and either system could reign over the other in that area. Granted, not much exists yet for us to judge the Xbox One or PS4 beyond their core features, but to solidify that judgment from this point on is just silly.

These are companies, so policy can change. These are digital devices, so features can change. And these are gaming systems, so the core experience can be incredible on either one of them. As a longtime PC gamer, I’m not the biggest fan of consoles, but I do understand their importance to the industry and gaming landscape. I preordered a PS4 because I didn’t want to be left out, and, to be completely honest, I may buy the Xbox One if it has enough of what I desire.

Just wait and see how things play out, think about it, and make your own choice. If you’re not swayed by the PS4’s features, buy a damn Xbox One if you want. Not everything has to be a damn Chick-fil-A sandwich. Fun doesn’t always have to be so freakin’ political.