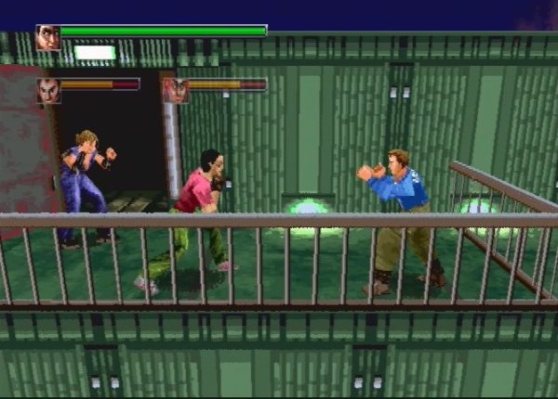 I would like to talk about the video game history of one of the greatest action films of all time, Die Hard.

Hopefully, you were lucky to skip the awful A Good Day to Die Hard, the latest sequel in the gun-happy franchise. Don’t even bother renting it. It’s not worth it.

Like the James Bond spy series, Die Hard has become a significant part of cinema, electronic entertainment, and literature (yep). The film we all love is an adaptation of the novel Nothing Lasts Forever by Roderick Thorp, which itself was a sequel to another book, The Detective. That novel, however, had already received a silver-screen adaptation staring Frank Sinatra in the main role.

Die Hard is the classic story of New York Police Department detective John McClane going to Los Angeles to visit his estranged wife for Christmas. Things don’t go according to plan, however, when a group of terrorists take over the Nakatomi Plaza in an attempt to steal $640 million in bonds.

The film became a hit after its release while ultimately cementing itself as a hallmark of modern American cinema. Die Hard is such an iconic film that the Smithsonian Institution features the undershirt worn by actor Bruce Willis, who portrayed McClane in the film.

Die Hard has had a checkered history when it comes to interactive entertainment. One would think that making a game based on the archetype of the modern action film would be easy. Instead, attempts have been rocky.

Most gamers will have good memories of wasting quarters playing Die Hard Arcade during the ’90s. The beat-em-up title started out as Dynamite Deka in Japan and released later in North America with the new name and film license.

The game had a similar story to its theatrical counterpart. A group of terrorists led by White Fang took over the Nakatomi Plaza building and kidnapped the president’s daughter. Players take on the role of John McClane and Chris Thompsen as they fight waves of enemies in an attempt to foil White Fang’s evil plot and rescue the girl.

Trilogy’s success inspired a mediocre sequel, Die Hard Trilogy 2: Viva Las Vegas, which used the same gameplay concept but with an original story that was very forgettable. Sadly, the next installment, Die Hard: Nakatomi Plaza, was a slow-paced first-person shooter that was less of a tribute and more of an insult to the first film’s legacy.

Finally, I come to the most recent McClane interactive adventure, Die Hard: Vendetta for the Nintendo GameCube, Sony PlayStation 2, and Microsoft Xbox. This time, the action hero went up against terrorists spearheaded by Piet Gruber (son of Die Hard’s villain Hans Gruber) on the streets of L.A. The first-person shooter received mediocre reviews, but looking back, one might have some appreciation for the game’s fast-paced action.

It’s disappointing to see how nobody has bothered to make another Die Hard title. Any developer should create a game based on the original film using stealth action and an open-world setting that retells the classic story while reuniting the original cast (similar to 007: From Russia With Love).

Die Hard has been a significant part of pop culture. While the last movie failed to live up to its legacy, hopefully, the gaming industry could give it another chance.