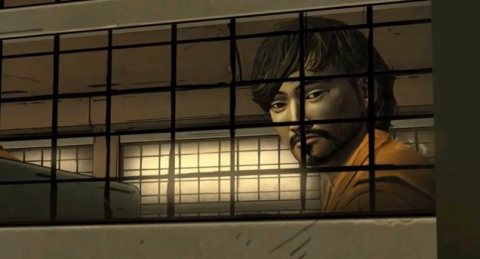 The Walking Dead: 400 Days is a little snack that you get to munch on before you get the big feast of Season 2 later this year. Telltale strikes gold once again with this short and sweet TWD experience.

400 Days takes place in the same world as Season 1, but with five short stories featuring all different characters. While playing, I was amazed at just how quickly I began to fall in love with these characters. With each short story being only about 20 minutes long, it’s amazing that you can become so involved with these new characters.

The game starts out by showing you a bulletin board with five photos of five different people: the characters you will be playing as. You can jump into any of the stories in whichever order you choose.

This is not a continuation of Season 1, but a series of side stories. If you’re waiting to see Lee or Clementine, don’t. 400 Days features all new characters that I hope to see in Season 2.

I didn’t become attached to these characters as much as I did Lee and Clem, but, then again, I didn’t get to spend as much time with them. I am really excited to see these characters again in Season 2, along with, hopefully, characters from Season 1. I’m very interested to see how Telltale will bring these two groups of characters together.

If you’re a fan of TWD: Season 1, you’ll love 400 Days. It’s a great little game that will keep you entertained until Season 2 is released in a couple of months. It’s definitely worth a couple of playthroughs.