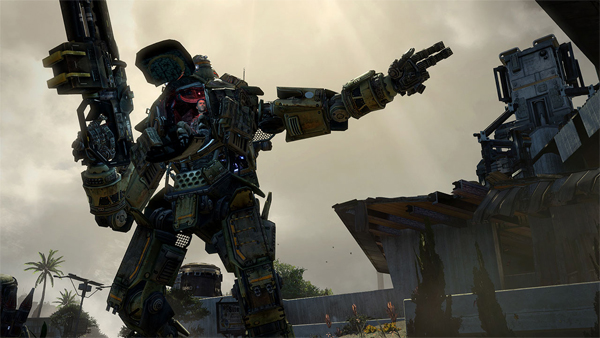 In my last post, I interviewed three gamers, Evan Podlaseck, Ryan Gross, and Andrew Semicek, about whether or not the Xbox One’s policy reversals had affected their decision on whether or not to buy an Xbox One. They collectively decided not to buy an Xbox One, at least not on launch day. This time around, I interviewed Josh Collin, VP of Pissed Iguana Productions and Ryan Nesbit, student at UConn, to see if they had a different opinion of Microsoft’s up-and-coming system. I asked them the same questions that I asked Podlaseck, Gross, and Semicek.

When you first saw the Xbox One announcement at Microsoft’s press conference earlier this year, knowing the price point, required Internet connection, and the new policy on sharing games with friends and family, did you think you would be buying an Xbox One?

Josh Collin: Yes. I didn’t have a problem with the policies from the start. $500 was a good price considering the inclusion of the Kinect 2.0. I also always have my Xbox connected to the Internet, and I have high-speed Internet. I could see the potential in this and was not put off by it either. With the always-online requirement, we would be able to digitally share any of our games with up to 10 friends, no matter if they had a disc-based game or digital download.

Ryan Nesbit: For me, I knew instantly that I would buy the Xbox One. I’m always online, and I think the Internet requirements/restrictions were vastly blown out of proportion. I also welcomed the family share, and as an avid user of Steam, I’m used to digital downloads, and I felt that Microsoft was leaning towards that direction.

Did Microsoft’s press conference at the Electronic Entertainment Expo a few months later change your opinions on the Xbox One and your decision whether to purchase one or not?

Collin: I can’t say it changed my opinion because I was always going to get the Xbox One after their conference. However, once they came in swinging with their games at E3, I knew I was going to be hooked. Their lineup was very solid, and they did nothing but focus on games, which is what every gamer wants. Their decision to focus on the media content in their conference was a very wise decision.

Nesbit: If anything, it reinforced my decision to go with the Xbox One. I prefer the games that they showed at E3 compared to the PlayStation 4’s lineup, like Titanfall, Project Spark, Ryse, and Forza.

It seems that, even though Microsoft has changed a lot of its policies, gamers aren’t being very forgiving. Do you think Microsoft lost some of their fanbase that they cannot get back?

Collin: I can’t really say if they lost a lot of their fanbase because the vocal people are really the minority. People are going to go where their friends are or where they feel it has the best opportunity for gaming for them. I feel that Xbox Live is a better service, and I know 80 percent of my friends are getting an Xbox One. Most of my friends are military and, for the most part, they all support the Xbox One.

Nesbit: I think that it’s true that they lost some of their fan base, but I don’t think that Microsoft cannot win them back. People forget that the PS3 was priced at $600 and that Sony made a huge mistake in that regard. Look at how the PS3 is doing now at the end of its life cycle. I believe Microsoft can do the same, but that’s not to say that they’re in the same position that Sony was in during the launch of the PS3.

The Kinect is now optional, but it will still come bundled with the system. Do you think this is going to steer some people away from the console if they aren’t interested in the Kinect?

Collin: No, the Kinect should not steer people away. If anything, the Kinect should bring in some more people. We have already heard from the developers of Battlefield 4 and Dead Rising 3 that the Kinect will bring the player even more into the game then before. If developers can be guaranteed that players will have this technology, then it could bring out an amazing experience. In my own opinion, they should not ever release a SKU without Kinect 2.0.

Nesbit: No. It still comes with the console, so I believe it will still be fine.

At the end of the day, after all of these policy changes, do you, today, plan on buying an Xbox One at launch? Why or why not?

Collin: Yes, I already have mine paid off. I feel that Xbox Live has a better experience than PSN, having played on both. Most of my time gaming is online, and I want to be a part of the most stable system I can. With Microsoft going from 15,000 servers to 300,000 they are allowing every game to have dedicated servers at a very low cost to developers. The Xbox community will no longer have to deal with player-hosted servers, and with the support of Microsoft’s Azure Cloud offloading some of the processes in games we could be looking at some of the most beautiful looking games we have ever seen.

Nesbit: Yes, I still do plan on buying the Xbox One at launch, mainly for the games that I prefer to play. I respect Sony’s lineup, and will probably buy the PS4 later, but for now the Xbox One’s launch titles interest me more. And also because of the 300,000 dedicated servers that Microsoft is touting.

Do you plan on purchasing an Xbox One at launch? Have the policies regarding the system changed your mind about purchasing one? Comment below and let’s have a conversation.