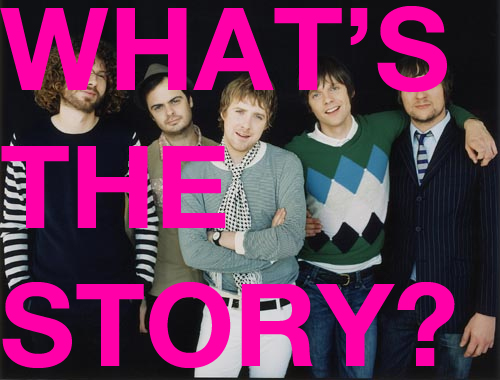 This writing contains ‘bare spoilerz’ of the story of the video game Remember Me.

I barely feel the need to write about Remember Me because Darius Kazemi has already done it here, albeit without ever mentioning the game once. At its heart, Dontnod Entertainment’s depressing Neo-Parisian future-revolution simulation poses a very interesting question. How would humanity fare if memories could be digitized, edited and shared? Would a utopian society free from pain and suffering, or at least all evidence of them, be created, leading to unending peace and prosperity for all? Of course not, we’re postulating on the dangers of invasive technology here. What I did expect from RM’s admittedly solid premise was a moderately thoughtful exercise in examining the human condition, something akin to Binary Domain with a lighter touch, perhaps. What I ended up with was a video game that wants to make it crystal clear that it is a video game, often at the expense of its narrative and the world created to house it all.

In brief: RM takes place in the latter years of the twenty-first century, where a company – imaginatively named Memorize – has developed technology enabling the storage and transfer of MEMORIES THEMSELVES. Predictably, the organisation soon becomes insular and militarised, acting in increasingly violent ways towards the minority of citizens not inclined to upload their memories to the internet. From here everything goes to shit and we end up at the oh-so passé conclusion most dystopia-obsessed sci-fi games find themselves ‘hitting up’. Namely, the poor people roll about in slums sniffing memories out of paper bags, while the rich laugh at them from balconies. The condominium dwellers are, of course, blissfully unaware that the poor are all furiously wanking over their remembered sexual exploits, memories that they themselves allowed to be shared with the quivering masses. Waste not, want not, ey?

Into this horrible mess crawls our protagonist, Nilin, a freshly mind-wiped amnesiac who has no choice but to listen to the voice in her head. That voice belongs to a snarky ‘Errorist’ called Edge, who is helpfully both real and, it turns out, the commander-man of said silly-named group. Errorists are the revolutionary wing of the few remaining citizens vehemently against memory sharing and all the ickiness that brings with it.

The group wants – wait a minute – Errorists? I’ve thought about this long and hard and it just doesn’t make sense. The suffix ist is used to denote a practitioner of something or a personal subscription to a doctrine or way of life. A terrorist – simply put – creates and implements terror, et cetera, et cetera, therefore an Errorist, and think now, makes errors? They create and utilise their own mistakes? I understand that it sounds like a cool, futuristic name but it really undermines their credibility and, if anything, just makes them all sound like students ‘doing it for a larf’.

The group wants Memorize to relinquish its stockpile of memories and return them to their owners because, well, they don’t really like the moral implications of the service and the Sensen technology that powers it. The introduction is pretty effective in drawing the lines of battle and provides a good amount of ambiguity with which to surround both sides. The problem that arises throughout the game though, is that this ambiguity isn’t replaced with gently drips of shocking – even mildly exciting – clarity. Despite Edge pulling a massive dick-move and killing a load of innocents in the name of revolution, he is always considered noble. Nilin gets a bit shirty and impatient with him for a time, but never properly calls his actions to account. The game seems happy to go along with him as if it were one of Edge’s own devotees.

Conversely, it is hammered home to the player that Memorize are a right bunch of bastards, despite us never really seeing them do anything wrong past the opening sequence. Admittedly, that did include them painfully extracting Nilin’s memories against her will though. That aside, their only real crime appears to have been releasing a nifty product without having the foresight to assume something could go wrong, and then trying to correct these problems and make the best of a bad situation, more on that a little later.

RM has a stunningly good premise that is hamstrung by the writing’s strict adherence to video game convention. Evil corporations are great for games because they provide an inexhaustible supply of enemy combatants for the player to wade through. The corporation has to be actually evil in the first place, though, for its existence to be anything more than a lazy convenience.

That bad situation I spoke of comes in the form of Leapers. They are memory junkies who have overdosed on self-gratification and gone homicidally INSANE. They are the literal embodiment of the broken human psyche; mankind at its lowest. This is all hyperbolic guff, of course, because what they really represent is mechanical variety. They embody the ‘faster enemy’, the ‘bigger enemy’ and the ‘can’t be seen in the shadows enemy’. They exist because the game needed archetypes to fill roles that wouldn’t suit human or robot adversaries. They exist because RM is a video game and video games need to contain variety, even if that is simply something different to look at for a time. That I’m convinced of this makes Leapers almost worthless to the plot for me.

Remove the Leapers and the story is given more imaginative room to breathe, their absence also unravels most of the game’s plotting. Working backwards from the end, no Leapers means you don’t have the throwaway mad scientist attempting to inject them with his ‘essence’ to try to control them. As Sensen works safely and everyone trusts it, there is no need for physical segregation and the social unrest that creates. In turn there are no protests, acts of civil defiance or retribution from the authorities. As I see it, most of the game’s narrative thrust is entirely dependent on the existence of a wholly unnecessary entity. What is more, by removing the mawkish sideshow spectacle the story hinges upon, it could then begin to question the morality and suitability of the Sensen technology itself, making it a much more interesting – even rewarding – exercise.

This glaring concession to video game conventions looks even shallower as the more personal aspects of Nilin’s story unfold. It eventually transpires that she is the daughter of the founders of Mermorize, Charles a troubled genius and Scylla, an intelligent business leader. These revelations slowly unfold through Nilin’s ability to view and alter, or ‘remix’, people’s memories, a gift she inherited from her father. A car crash when our protagonist was a child ripped the family apart, with Scylla becoming cold and removed, divorcing Charles, who subsequently retreated into self-imposed exile, escaping his terrible fate by poring over the happy memories of his lost family.

The two instances where you are given the power to look into Nilin’s past are fascinating and melancholic. They bring into stark clarity the notion that a single event – or simply the memory of it, however accurate – can alter the trajectory of a life beyond all recognition. These moments are so affecting because they take the game’s premise and actually use it to explore our relationship with memories and how they are so integral to our understanding – and entire conceptualization – of human consciousness. That most of the game is satisfied with simply creating monsters and an ‘evil’ corporation for the player to fight makes these fleeting moments of pathos that much more important.

The game’s final and most egregious affront to its narrative integrity comes when we discover the true identity of Edge. After making peace with her parents, it is agreed upon that the Sensen technology should be shut down and the world forced to live with – and learn from – its mistakes. This involves a short walk to the H3O server that stores all of the memories and a simple flip of a switch. On the way Edge reveals that he is H3O and that decades of being surrounded by humanities’ bleakest memories has left him wanting to ‘die’. That is why he has helpfully guided Nilin through the game and reunited her with her parents. Fair enough, really.

‘Lovely,’ I thought, ‘that makes a lot of sense Edge. I’ll just hold down the power button and turn you off.’ I assumed this would be a reasonable course of action, especially considering we had been allies throughout the game. Suddenly Edge’s voice goes all computery and he screams at me, telling me we must battle for my euthanizing to work.

FUCK OFF. I just spent the last ten minutes poignantly rescuing a family from the clutches of denial and depression – a bit of a whirlwind, I must admit – and now you are forcing a boss battle onto me? It doesn’t even make sense; he WANTS TO DIE, I don’t need to fight him, it is only there because, er, video games have final bosses, don’t they?

This is terrible; I can’t state my disgust for Dontnod enough on this one. The boss has no place within the finale of the game, in fact I don’t think – looking at what bookends the battle – that it was initially intended to be in there at all. For the duration of the battle Edge becomes a typical “you’ll have to try harder than that to KILL ME!” type boss, making the whole affair even more unforgivable. The whole sequence comes out of left field, yes, but to alter a character so completely for a ten minute final boss encounter, then change him right back again once it’s over, is fucking – words escape me.

Remember Me is full of this shit and it almost engulfs the genuinely thoughtful parts of the game. I’m not even saying the good parts are particularly delving or intelligent, simply that compared to most of the concession-laden tat on display, they are at least poking in the right places. The entire story is overwrought and melodramatic, especially the Nilin monologues (YouTube them, please), but it is a tragedy that so much of it is marred by the game’s need to bend it to the will of mechanics.
If Remember Me weren’t an action game it would be a better game.
If Remember Me weren’t a game at all it would be better still.