After three months of Animal Crossing: New Leaf, I’ve given up. As I type this now, I am taking the cartridge out of my Nintendo 3DS, putting it in the box, and shelving it in my immense backlog of unplayed and unfinished games.

I’ve played both the original Animal Crossing and City Folk extensively. Bug and fish collecting has never been my thing, but I’ve gotten fully upgraded houses, stores, and some oddities here and there like a golden axe in City Folk.

At about 53 hours of New Leaf, I’ve earned enough to build a house with four rooms of various sizes, three bridges, and town developments like the coffee shop and the second floor of the museum.

Two major factors are preventing me from really grinding into New Leaf: time and money. 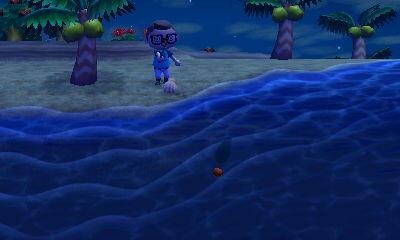 I’m in the unfortunate position of working night shift. I regularly arrive home at about 2-3 a.m. This wasn’t a problem when the T&T Mart was a convenience store as it stayed open until the wee hours of the morning. I could go home, pop open New Leaf, and go about my Animal Crossing day bathed in moonlight.

Over time, things changed. A blue drape covered the shop, and the next day, when I logged on after work, I found the store closed before the store that I work at was. Unlike past versions, the T&T Mart cannot be downgraded. I can continue to play, but dealing with inventory management without being able to sell goods is a pain. This is especially troublesome if I don’t get to play during daylight for several days.

While New Leaf has a lot of new content to discover, money plays an even greater role than in past installments. I simply cannot keep up with all the house upgrades and town projects. In past titles, I could see a glorious, carefree future ahead of me. In New Leaf, the debt is overwhelming. 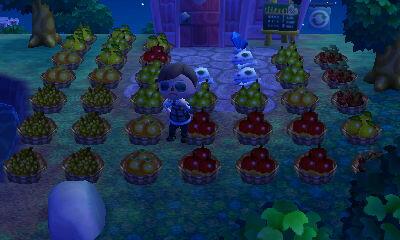 My income largely consists of the foreign fruits that grow every few days, the excavated remains of past generations of town citizens, and my daily abuse of town rocks. If I have time, I rob my local waters of wildlife for profit. It takes a long while for me to actually pay anything off, especially if I only get the opportunity to sell goods once or twice a week. It wouldn’t be so bad if my fellow animal friends helped donate a significant amount of money to projects, but they rarely pitch anything more than a few bells.

There are ways around this. I could always do the old-fashioned tweaking of the game’s internal clock, but that contradicts the spirit of Animal Crossing — a second life that runs parallel to your own, at least in terms of time. I’m also aware that I can sail home with a literal boatload of cash from the tropical island, but without a store open, I can’t cash out multiple times a night. I’m limited by my storage.

I’m in the minority, but I wish New Leaf was more accommodating for a night owl like me. In some ways, it makes the game more realistic. If I went to town after work in real life, the only thing I’d find open is a Walmart.

It’s time for me to get a new job so I can properly enjoy Animal Crossing.