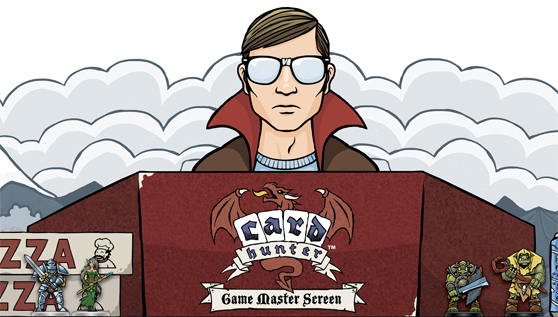 The newest browser-based free-to-play sensation, Card Hunter is a remarkable beast. If you’ve yet to roll the dice, band together a party of high-fantasy archetypes and start hacking and slashing your way to treasures abound, you’re missing out. The beauty of Card Hunter (explored in review here) is its depth, which can be easy to overlook if you’re just starting out, but it’s in there, waiting to hook you with customized decks, strategies and tactics to keep the spoils flowing.

In the world of Card Hunter, there’s a distinct line between the narrative-infused campaign adventures, and the tactical, knock-down-drag-out matches against online opponents. The campaign really shines thanks to its quirky nods to nerdom proper and the varied encounters against magnificent beasts. On the other hand, once you’ve acquainted yourself with the game’s systems, there’s little additional knowledge the campaign can bestow that will adequately prepare you for the jump to the arena.

That transition may be alarming to some players who’ve spent their time slogging through dungeons to rescue grateful wizards and fair maidens. The first step into the Multiplayer tab can be overwhelming, as a list of player names cascade on both sides of the screen and you set about making a competitive party. After spending more time than I care to admit butting heads against the best elves, dwarves and humans the ranked-match system assigned, I’ve come to share what I learned the hard way, in order to smooth your transition into online dominance.

If you’re getting ready to jump headfirst into Card Hunter multiplayer, here are a few helpful points to make sure you’re occupying a victory square, rather than a shallow grave.

Sure, playing the adventure might seem like a logical first step, and it is. Spend some time with Gary the Dungeon Master and his many modules during the campaign before you decide to strike out on your own. It’s possible to jump right into the multiplayer arena after only two matches against Gary, but you’d have to drop some premium cash to go this route and there’s a lot more waiting for you if you keep on adventuring.

Once you’ve unlocked all three character classes in the campaign – which happens relatively early – you’ll have a full party. Next on the list is to get to level 6, at which point Gary will gift you a multiplayer starter pack that will include three characters and an assortment of totally viable equipment for new players.

You can mess around with your gear in the Multiplayer Keep if you like, but it’s unlikely that anything you’ve wrested from the cold dead (or undead) hands of your fallen enemies will outperform the items in the starter pack. At this point your first online match will be against Gary, so you can get the lay of the land and learn how online matches work. That’s all there is to getting started, knock ‘em dead.

Card Hunter wisely levels the playing field in multiplayer, promoting all characters to the max level of 18 in order to standardize health and power orbs. After you’ve snagged your starter pack from Gary the Benevolent, scoping out three new heroes covered in max-level equipment is going to be a bit of a shock. Since each piece of equipment lends 3-5 cards to your deck, you’re looking at a few dozen cards per character. Spend some time getting to know each card, making a mental inventory of what each class will bring to the online table.

This can be as simple as breaking down the number of attack, spell, armor and movement cards so you’ll have a better understanding of what’s coming up mid-fight. On the more complex end, knowing the power vs. cost potential of each shiny new item will serve you in the long run. As you unlock items and grow more comfortable with your power orb allocation (some items require power orbs – of which there are a finite amount), you’ll be better equipped to make decisions about what’s worth saving and what gets liquidated.

The incentive to win multiplayer bouts – aside from an inflated rank and virtual bragging rights – is the gear. Card Hunter offers a win progression system that nets you statistically better gear the more victories you notch in your belt. Like the campaign adventures, every win earns you a loot chest, which holds precious items to further outfit your ambitious heroes in both single and multiplayer modes. The value of these chests depend on the quality of the items therein (common, uncommon, rare, epic and legendary) which is determined by where you are on your win progression.

Between those special reward points are common chests, each containing two random items. So looking at the scale, a minimum of three wins per day can guarantee you some nice equipment, with relatively little legwork. Even better, those random items can be anything, even epic and legendary equipment so there’s always a chance you’ll grab some great gear from unlikely places. Just remember that the win progression system resets daily, so if you’ve only got a few hours a week to dedicate, try to split it up over a few days to maximize rewards.