A week has passed since Valve announced its Steam controller, which resembles a speaker more than a gamepad and has left many skeptical of its quality.

Just having a traditional button layout is no guarantee of a good controller — or even a comfortable one. Countless third-party controllers have shown that it takes more than aesthetics to make a great controller. Most look fine but wind up falling apart after you use them — with shoddy buttons, barely-functioning directional pads, and weak rumble the rewards for your hard-earned money.

Some people have cited a silly 16-bit pad called the Turbo Touch 360 as an example of why Valve’s controller won’t work well, which is absurd. The controller series for the Nintendo Entertainment System, Super Nintendo, and Sega Genesis was made by a third party and was terrible not because of the concept — a touch-sensitive panel instead of a D-pad — but because of the execution. It felt cheap and functioned poorly, and that quality had nothing to do with the strange design. It would be like complaining that a McDonald’s burger didn’t taste like a $20 one ordered from a sit-down restaurant. 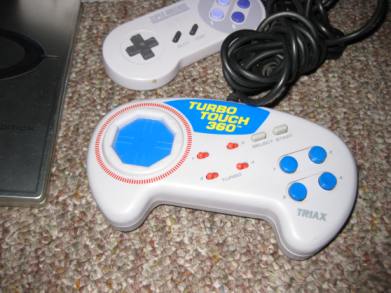 Even if it were a well-made first-party controller, it’s unrealistic to assume that a disc-like control setup would be doomed to fail in 2013. Technology has changed a lot since that controller launched in the early ’90s. Valve’s version is a radical departure in theory, but realistically, it keeps what is expected from a modern controller but presents those features in a different way. The dual trackpads replace analog sticks and right-aligned buttons while the middle area provides some traditional button control. The touch screen between them offers another familiar control method. The idea behind it working as both a gamepad and a replacement for a PC’s keyboard-and-mouse setup is a lofty one.

This controller at least looks comfortable to hold, and while the thought of relying on a touch-based controller is odd, it can work really well. The haptic feedback should help you gauge where your fingers are in relation to the circle pad. The Ouya controller’s own touchpad is the only frame of reference I have for something like this. Even though that’s not the most polished piece of tech out there, it does help me get used to the idea of controlling a game without buttons and analog sticks. Side-loading Rayman Jungle Run sold me on this idea as it lacks any kind of button support. 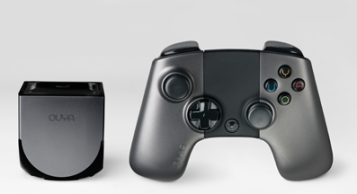 The only way to play the game on Ouya is by pressing the touchpad in the center — about where the touch screen is on the Steam controller. It’s a bit jarring at first, but by having your hands wrapped around the handles (something you’ll be able to do with Steam controllers), it’s much easier to tell where your fingers are in relation to parts of the controller. It feels far more natural to control a game this way than it does on a tablet or phone even though they both operate on touch-based principles. It doesn’t work perfectly and not every touch will register, but as someone who thought it would be impossible to play a platformer this way, I was surprised.

You don’t get any haptic feedback, but that’s a feature Valve’s controller has, and it seems like the best way there is to get people used to the idea of controlling games without a traditional setup.

Right now, the Steam controller is a radical idea that seems to work reasonably well. Developers have said good things about it thus far, and while it will take time for people to respond positively, I think they’ll come around. Having demo units available at in-store kiosks will be a huge help, and with retailers already selling Steam cards, Steam Machines could be an appealing notion.

I hope that Valve is able to sell people on the concept because it looks like the perfect marriage of convention and innovation that should expand what developers can do with controller-based gameplay.