This article contains major spoilers for Beyond: Two Souls. You have been warned.

When I went to play Beyond: Two Souls for the first time, I didn’t know much about it. I tried to stay away from the trailers so I could be surprised. All I knew was that it was made by Quantic Dream, the people behind one of my favorite games, Heavy Rain, and that it was about a girl named Jodie Holmes who has a link with an entity. Little did I know the story was going to affect me emotionally as much as it did.

The reviews for Beyond are mixed, with people on one end of the spectrum saying that it’s one of the best games ever made and those on the other end saying that it’s a complete mess. I’m one of those people on the positive side. I wasn’t so sure about it at first as the anachronistic storytelling threw me off, but I really came to love it.

The last hour and a half or so of the game really hit me hard. When I found out that Jodie’s entity, Aiden, was her stillborn brother, I broke down in tears. How beautiful is that? He never got a chance to live, but he still has a presence and a purpose on Earth. Then, during the epilogue, when Jodie talks about there being no heaven or hell, no god or devil, I thought that was really beautiful. Regardless of your religious beliefs, you should appreciate what the writer, David Cage, is trying to say through this game. He is providing another way to look at life after death. He would like to think that we are reunited with our loved ones when we die. 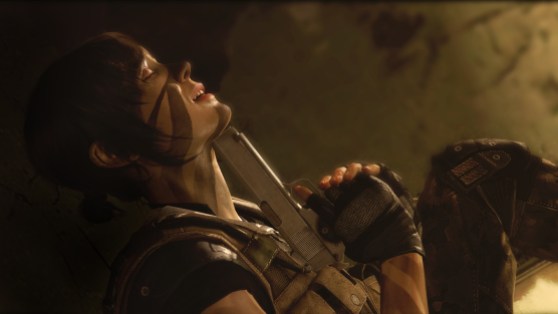 The game deals with heavy stuff like depression, loss, and suicide. The “Homeless” chapter was one of the saddest I have ever seen in a game or otherwise. I think that we are so used to seeing video game characters acting strong and powerful that it’s refreshing to meet a character who is truly vulnerable and broken down. Jodie has a really hard life, and her struggles adds a level of realism to her character that is uncommon among video game characters.

Sure, Beyond isn’t perfect. There are some really cheesy lines that will make you roll your eyes, and the plot may be confusing at first, but Beyond touches on themes that most video games don’t even broach, and that makes it special. It’s not about killing and shooting although there is some of that in the game. It’s about dealing with the difficulties of life, and it left me thinking about my own. Afterward, I thought about those people whom I have lost and how far I have come from the darkest times in my life. I have dealt with loss and depression just like Jodie, and I have come back from it.

I think that it’s important to have games like Beyond just as it’s important to have games like Call of Duty. There are different games for different audiences, and people need to be more open-minded when choosing which games to play. Games like Beyond and The Last of Us both leave you feeling pretty sad by the end, but what’s wrong with that? Not all games have to be “fun” to be great.