Like the noble ape, the PlayStation Vita has evolved. A second iteration of the handheld system, dubbed the PlayStation Vita 2000, made an appearance at the Tokyo Game Show last September sporting an improved interface and battery life. While tweaks to the game system were expected, the juicy part of the news was the release’s caveat: the Vita 2000 will not come to the West.

The Vita has not been selling well, and many attribute that poor performance to Sony’s usual “hardcore” approach. It is the most powerful handheld platform out right now — and also the most expensive. 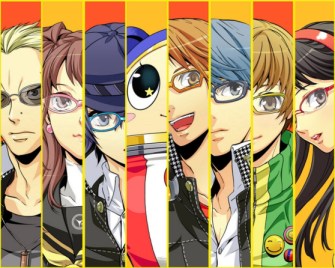 “The Vita is positioned at the high end of a market that never had a lot of high-end users,” said Michael Pachter, a games analyst for Wedbush Securities. “The appeal is limited to the small percentage of gamers who want a console-like experience at console-like prices in a handheld.”

Sure, Sony’s handheld can convince folks they’re sneaking through a forest (or any fantasy land) when they’re really on the subway, but it can’t convince them to buy one instead of paying rent. Consumers have been hard-pressed to pay for a Vita when they could spend the same money on a PlayStation 3.

And all this ignores the impact of the system’s largest rival: the Nintendo 3DS.

Comparing the 3DS with the Vita is like putting Clifford the Big Red Dog next to Clifford the regular-sized and normally-colored dog. The 3DS is a far larger and redder dog. According to VGChartz, global sales of Super Mario 3D Land, a hit game for the 3DS, alone eclipse the top-22 bestselling Vita games — combined.

Part of this is due to the disparity in system sales — the 3DS’s 36.6 million to Vita’s 5.2 million — but it also speaks volumes about the big games available for Vita. Despite a few standouts like Persona 4 Golden and some upcoming titles like Monster Hunter: Frontier G, the general consensus indicates that there is not enough quality games to merit a purchase.

And the popularity of phone/tablet games is higher than ever. Casual gamers see no reason to pick up a high-end gaming system when they have a mobile device. They’re quite satisfied with devices that can also send pictures of their genitals.

How could the Vita have any hope against such godless machines?

A youth with aspirations to be mayor?

Lurking in the darkness, smaller developers grow more powerful each passing day. Through popular outlets such as Steam and Xbox Live, games like Super Meat Boy, Hotline Miami, and Braid have become modern-day classics. It is a very smart move, then, on the part of the PlayStation Store to become the newest host to the emerging swarm of indie titles.

The scale of a potential comeback for the Vita is hard to tell. According to Nikita Mikros, the founder and CEO of New York-based studio Smashworx, the success of an indie game is all relative.

“[Indie studios are] one guy making a game — well, all right, let’s say a small team,” said Mikros. “Whereas how many people worked on Persona 4? Thirty or 40 people worked on that project.”

Smaller developers don’t have to always aim for mass appeal due to their smaller budgets, so comparing an indie title to a Capcom project in terms of raw sales doesn’t make much sense. Small games are probably not a big enough ladder to help the Vita out of its financial grave.

But how crucial are profits to Johnny H. Gamer in the first place? Provided he isn’t the fortunate son of Sony Q. Gamer, quality should be his first concern. With the flood of smaller games coming in, those looking for more experimental or underground experiences will be able to find them. Chris McQuinn, a game designer at Toronto-based developer DrinkBox Studios, compared the current influx of indie games to the more established independent film scene — and its relationship to Hollywood blockbusters.

“People who are really into film will know all about small-budget films, their favorite directors, and so on,” said McQuinn. “On the whole, though, most people will only be familiar with the large, $100 million budget movies. Indie games to me are the same.”

With a full legion of miniature hits added to its roster, combined with its now lower price of $200, the Vita could become the mobile indie-game system for American and European gamers (a definite upgrade from its current title: Piece of Shit Box.)

Nikita Mikros loves his Vita — so much, in fact, that his ace team over at Smashworx is working on a new Vita game slated for release next year. The studio already has two iOS games under its belt with Propaganda Lander and Smash Hockey. It must be crazy to move from a superior market to the hardcore gaming ghetto. Or is it sage wisdom?

While the addition of buttons makes a difference, Mikros confesses, “The attitude of a player going into a ‘hardcore’ machine, the kind of game that they’re expecting is probably a deeper type of experience.”

Mikros learned this lesson the hard way after the release of Propaganda Lander, which isn’t the kind of title you can play for two minutes while standing in line at the bank. When the dust clears, the Vita might be the right kind of dedicated gaming device for the next generation of the dedicated-gaming community.

A youth with aspirations to be robo-mayor?

The Vita is the only handheld right now that works as a console controller. While this feature may seem like the video game equivalent of a musician having a second job washing cars in the Taco Bell parking lot, it might as well be the key to the system’s salvation.

Above: PS Vita pictured above with its sister, Steph, and its friend, Mr. Sun.

Connecting with current-generation games like last year’s PlayStation All-Stars Battle Royale is certainly easier said than done, but there is a bright future in interconnectivity with the PlayStation 4. Using the recently announced PlayStation Vita TV, users can play portable games on the big screen in addition to the already present remote-play feature. Sony seeks to synergize the portable and home systems.

A few games, like the GameCube/Game Boy Advance title Pac-Man Vs., have attempted to climb this mountain before, but the Vita is slated to be the first device compatible with every game on a big system.

Delving further into the realm of sci-fi nerd dreams, last summer, Sony made a major acquisition of the cloud-service company Gaikai. Commenting on the purchase at the Tokyo Game Show, SCE Worldwide Studio boss Shuhei Yoshida hinted that the move is vital to Sony’s new strategy as a brand.

The company is committed to delivering a gaming cloud in addition to a series of consoles. Paired with the likely possibility of faster and almost universal Internet coverage of the future, this move could be a historic moment.

“As Internet connections improve, the hardcore handheld-gaming market will become a lot more viable,” said Eric Blattberg, a cloud-technologies reporter at VentureBeat. “Eventually, Sony and the others will be able to sell Internet-connected screens for cheap and handle the processing elsewhere.”

Data streaming to a mobile device opens a new door in the interdimensional realm of gamedom. It would rock the identity of mobile-gaming devices. It would end the need to produce mobile-exclusive games.

For the present, the inclusion of the indie community with the Vita drastically expands the handheld’s strength. This is true in spite of the fact that, in terms of mass appeal and dollar signs, the Vita will never compete with an iPhone hooked up to Candy Crush.

For now, PlayStation is going to have to accept with wounded pride that it’s no longer the face of Ma and Pa’s interactive outlet and build a memorial plaque or something.