I don’t think there’s been a span of time that I’ve read the words “Crash Bandicoot” in video game news more than I have recently, from the reveal of the PlayStation 4 up through launch yesterday. For the next couple of weeks, I imagine this might still be the case.

The recent boost in attention for the orange marsupial is mostly thanks to Mark Cerny, the lead architect on the PlayStation 4’s hardware and the director of one of its launch titles, Knack. If you look in the credits to the original Crash Bandicoot games, you’ll find his name there, too.

As a result, it’s difficult to research the making of the PS4 and/or Knack without finding yourself in a brief history lesson on Cerny’s role in producing Crash Bandicoot during its glory days, when Naughty Dog still developed it, and for obvious reasons. The platformer was one of the earliest well-executed examples of what 3D graphics could bring to video games. The level design and production values were impeccable for its time, and the game gave the PlayStation brand its first mascot.

The Crash Bandicoot series appealed to audiences in both the West and the East, going on to sell over 40 million copies since Naughty Dog moved on from it. Between IGN’s recent “The History of Naughty Dog” series and co-creator Andy Gavin’s “Making Crash Bandicoot” postmortem a couple years ago, there’s plenty of reading material on what made Crash such a touchstone of that era in gaming. 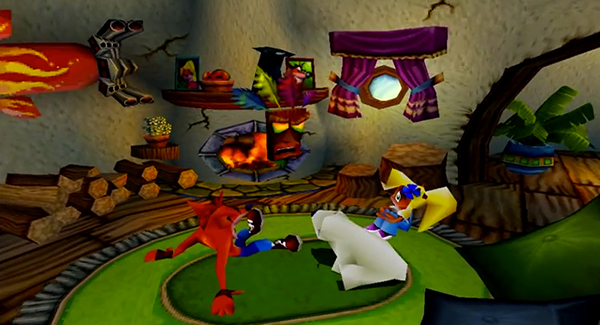 It’s been over 17 years since that all began, but you can still find Naughty Dog’s Crash Bandicoot trilogy in an interesting place: It’s almost always in the top five or 10 best-selling PlayStation Network classics from month to month. First-edition “black-label” copies are available on eBay at or well over the originally listed market price, and brick-and-mortar stores rarely carry them. I waited two months for one halfway across the state of Ohio to crop up, so I doubt copies are often traded. When they’re not on the market, a search on Instagram, Twitter, or virtually any other social network will result in a seemingly endless stream of shared moments with these games. Lastly, and perhaps most surprisingly, there has yet to be an HD remake of any of them.

Obviously, the original Crash games are still played, discussed, and in some kind of demand. Keep in mind that this ongoing interest is sustained without the pleasures of achievements, multiplayer, or downloadable content to breathe new life into them. Even Sony’s 2012 mascot brawler, PlayStation All-Stars Battle Royale, was missing its most famous character from the roster. Between every missed opportunity, what exactly has kept Crash alive all this time?

What made Crash Bandicoot special in the late 90s is the same thing that’s kept it special in 2013: There’s no gimmick. They’re fun, thoughtfully made games.

I spent part of my downtime in 2013 thumbing through my video game library and wound up replaying the series in reverse order to get a different sense for how the series evolved in only a few years. By the time I was done, I realized that I felt exactly the same way about these games as I had over a decade ago, which was that Crash Bandicoot 2: Cortex Strikes Back was still my favorite of the three and that it’s aged really well.

In some ways, Crash Bandicoot 2 shares a philosophy with the puzzle-platforming series Portal. You’re given what moves you absolutely need near the very beginning and nothing more for the rest of the adventure. From there, it’s up to the level design and the game mechanics to play off each other to keep things interesting. Jumping, spinning, belly-flopping, crouching, and sliding are all you have to get from point A to point B. Granted, there are a few exceptions (like transports of some manner), but Crash himself never fundamentally changes.

Instead, the levels subvert your expectations by presenting you with interesting challenges based on what you already know. Suddenly, there are more dangerous crates to break open, so how do you move around them in a 3D space? A few levels flip your sense of direction, either having you running toward the screen and away from an agitated bear or moving along it like a traditional side-scroller. When moving forward starts to feel boring, you find yourself riding atop an untamable polar bear cub at top speeds or following fireflies down dark paths, making the game feel like an endless runner or a relay race at night.

But at no point in any of the above scenarios are the game mechanics altered beyond recognition. At its most abstract and arguably its best, Crash Bandicoot is purely about playing with familiarities in the platforming genre. 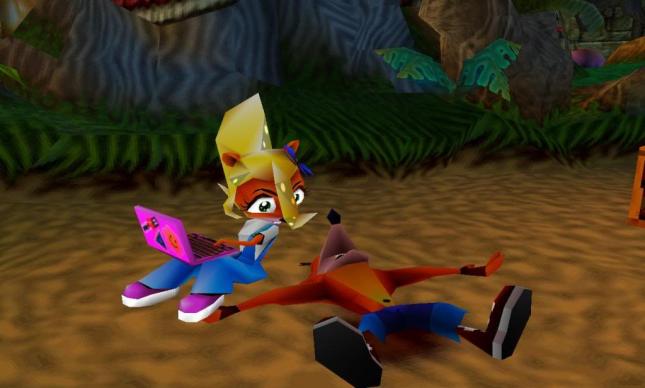 More immediately, Crash still feels situated in a unique environment that hasn’t been retreaded in video games: a fictional set of islands based off Tasmania. The camera, while fixed and potentially issuing the game a “on-rails” feel by today’s standards, at least gives players an interesting canopy view of the nature around them. Just standing idly in a Crash game can be relaxing and vibrant as it invites you to move forward, and when it does, there are clear objectives, some excellent feedback loops, and a very memorable guardian mask that protects you from harm. Even when you do take a plunge, your death doesn’t always feel like the result of a complete accident (though that’s not always the case for several levels in the original Crash Bandicoot — I’m looking at you, Slippery Climb).

Presentation and user interfaces have come a long way since then, but the oldest Crash games still communicate with the player quite effectively without explicit directions, tutorials, or separate difficulty modes. Consider some of the video games you’ve played recently — ones that might also hinge on a similar set of traits. World of Warcraft somehow eases and guides players through an enormous universe but doesn’t try to punish player for reasons it can’t explain. Journey compels travelers to explore a vast desert by always showing them their goal in the distance, and its environmental boundaries are well defined but subtle. Even the Uncharted series deliberately brings with it some of the presentation of Crash Bandicoot when it has you running toward the screen, but at all other times it’s designed to show you what needs to be seen.

Deep down, the original Crash Bandicoot games were a balance of collecting items, traversing terrain and obstacles, and defeating enemies to reach the opposite side of the figurative, sometimes literal pit. And c’mon, who can get enough of that victory dance?

Crash was about platforming. I went back and counted and there’s one area where there’s something like a hundred jumps that had to be made without dying, and 50 enemies that you had to defeat between checkpoints; really difficult.
-Mark Cerny

Mr. Cerny has a point there. Though, as difficult as a game like Crash Bandicoot can still feel at times, the truth is that a lot of people don’t seem to mind a good challenge so long as it doesn’t overstay its welcome. Then again, it’s also hard not to miss something when it’s been away for so long — too long, by now.