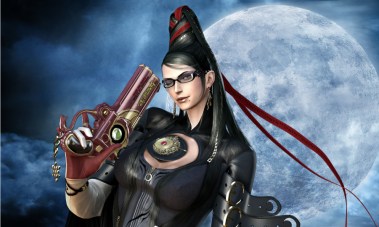 It seems like video games always have some controversy up their sleeve. There’s violence, Satanism, addiction, and unbalanced depictions of other cultures to name a few. So I was prepared to write off misogyny as the flavor of the month, but in the past year even I’ve realized what a stain it’s become and how badly it must be addressed.

It’s apparent that it’s a pervasive problem that has existed since the inception of gaming and has only been thrust into the limelight due to the power of social media. From the Penny Arcade’s “dickwolves” controversy to the utterly vicious attack on Anita Sarkeesian for daring to explore the idea of misogyny in gaming, the problem cannot be ignored anymore.

Above: No seriously, people threatened to rape her

Here’s the thing: If I asked the community what the opposite of “ignore” was, the textbook SAT answer would be to “acknowledge” . . . which carries the assumption that acknowledging misogyny as a problem is the answer.

But it’s not that simple.

The goal of this “equality in representation” movement in gaming is not to have the problem acknowledged by the public . . . but to have developers themselves make games that show women in an equal light to their male counterparts. That leads to the question of why they haven’t been making games like that in the first place?

The theory that makes the most sense is that the male-dominated nerd culture of the 70’s and 80’s (before it became mainstream) has now reached the age where they are the most influential voices in the industry as developers, artists and programmers. And even though a reported 47% of video game players are female, video games (similar to sports) has become a sort of “boys club” and female encroachment is regarded as a direct threat. 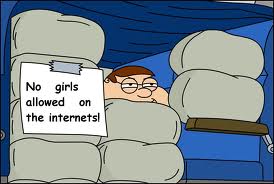 With all that in place . . . why fix it if it isn’t broke? Why change what’s working? It’s the same attitude that’s led Call of Duty to dominating the market place in almost every successive iteration right? The video game industry is booming with innovations in gameplay and hardware coming left and right!

So if you want to help change the industry, you have to show that their current model isn’t “working” i.e. it will not be profitable. To do that audiences have to stop purchasing games that are misogynist in nature, forcing the industry to adapt.

Sure there are easy targets like Ride To Hell, Metroid Other M, Dead or Alive : Beach Volleyball, Bayonetta or Duke Nukem but their influence in the gaming world is limited. Sure they are probably the most egregious examples of misogyny in recent memory but the games were so mediocre or purposefully transparent with their parody that not buying them to “enforce gender equality” is pointless.

You want to instill change? You have to boycott the big guns.

Above: Do not buy

You have to boycott almost every single 3D Mario game, since it’s about Princess Peach repeatedly getting kidnapped by someone and Mario (the tubby, mustachioed beacon of couch potato masculinity) must rescue her.

You have to boycott Grand Theft Auto V, in which the males are unbelievably complex while the females are increasingly flat. The 3 protagonists are an ex-killer and robber who is attempting to be a role model for his family, Franklin who is a young man with limited opportunities who sees the aforementioned character as a pseudo father, and Trevor the psychopath whose emotional complexity is revealed through his loyalty the family man. The important females are dumb bimbo mother, dumb bimbo daughter, nagging ex-girlfriend whose standards are too high, and uptight lawyer who is sexually objectified by Trevor .

You have to boycott Heavy Rain, in which the relatively attractive female character Madison Paige is shown showering then runs around in her underwear then is almost raped.

Discussion panels, internet support and wearing shirts espousing equal treatment is fun and popular . . . but I think its positive effects are exaggerated. The real solution is to vote with our dollars; refuse to purchase these games. And anyone who does buy these games (regardless of what degree they oppose female objectification in gaming) is part of the problem.

And that’s why fighting for gender equality in video games is so damn hard.

It’s very difficult to have gender inequality affect the “quality” of a game in the public eye. Sure I spent a few paragraphs ripping apart the “big guns” for misogyny but I would recommend each of those games to any single one of my friends (male or female) without a second thought.

I am a steadfast believer that video games do not influence behaviors in people and if they do, those individuals had deep-seated problems to begin with in which said video games are in no way responsible for.

What I’m trying to say is that even though logically those who purchase these games (like myself) are feeding into the problem . . . it just doesn’t feel like it. I know that sounds exceptionally juvenile, but hear me out.

Gaming is still an escape. It’s a fantasy world where the laws of physics and linear time can melt away. It’s difficult to go about your day and respect women in real life then spend money on what is still a quality video game and feel as though you are oppressing women everywhere.

Above: DON’T! It’s oppression in a small box!

Even though that’s indirectly what me and many other gamers are doing. By purchasing any video game that endorses misogyny, we are accomplices to the objectification of women in the world’s greatest interactive medium. That’s not up for debate.

It doesn’t feel like it though, does it? And that is the biggest problem.

Misogyny in gaming is just pervasive enough that women have every right to be offended by it yet it lacks the punch to shame gamers from taking a hard stand against it.

And I can’t blame them.