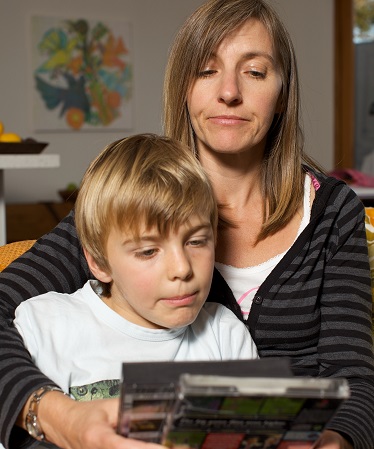 The video game industry is a mere teenager. As is common with adolescence, numerous questions and concerns surround the ever-growing medium. Two important queries that people have proposed: Do adult-oriented video games affect children in any way? And what’s the best means of keeping those games away from them? Since I don’t have a science team at my disposal to test the former, I focused on the latter.

Like with most important debates regarding children, people have managed to narrow down the solution to the basic “leave it in the hands of parents.” Nonetheless, despite such common sense, their experience with video game content remains a concerning factor. Accordingly, I decided to speak with them directly, as well as professionals on the matter.

To over 300 moms and dads between the ages of 25 and 45, I proposed a rather simple quiz to gauge just how much they knew about this particular hobby that their children enjoy.

My first question to those with little gamers: Can you name at least three of the titles that your children are currently playing? Out of 307 adults, only 132 passed this point of inquiry. After that, my last question: Can you explain what at least one of those three games is about — plot synopsis, what the player does, etc.? Out of the remaining 132 participants, only 27 could state specific details about a particular game their children were playing. A short and simple test, I know, but most of the adults I spoke with still didn’t do too well…as you can see.

At this point, many people might make the argument that knowing a game in detail isn’t necessary for parents. Systems like the ESRB have been put in place for retailers to better judge what age group to sell certain games to, and also for guardians to have a decent idea of what sort of content is in each title. I could only think of one way to find out if this system was being utilized, though.

I asked those same 307 adults if they knew what the ESRB was. Strikingly, only 31 of them did, and only 22 of them could tell me specific ratings in it (E for Everyone, M for Mature). One case that puzzled me a bit was after I explained the ratings to a mother of two, she asked, “Is there any place on the box that tells you what type of adult stuff is in the game?” Please refer to the example below, moms and dads. 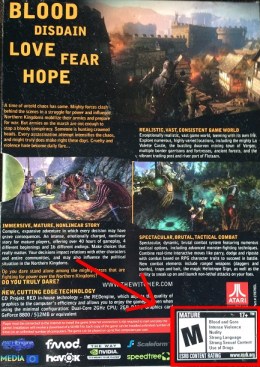 While I was indeed surprised by the results I gathered, I wanted other opinions; my knowledge on the subject of parenthood is amateurish at best. I reached out to professionals educated on family matters and raising children to see if they had anything to add.

Kelly Roberts, a licensed family therapist and behavioral scientist at Great Plains Family Medicine in Oklahoma City, OK, stated, “Generational gaps play a large part in why parents have trouble finding the confidence to learn their children’s hobbies. Technological literacy reaches a sort of cut-off point between the ages of 30 to 35, where digital tech seems to overwhelm many parents. This sometimes causes them to steer clear, altogether.”

Most of us twenty/thirty-somethings are quite aware of this; we’ve had many fun moments attempting to teach our folks how to use their new smartphones. Still, hearing a professional state it is illuminating to a survey like this. I can picture any mom or dad standing in a GameStop, peering at a seemingly endless selection of an entertainment medium that they know nothing about. I imagine the feelings they experience are daunting, and it’s easier to just place 100% of their faith in their child’s knowledge of that medium.

I then spoke with Elisa Camahort Page, co-founder and COO of BlogHer, a community site for women in social media. The site has conducted related studies regarding moms and technology, and Elisa had this to say on the subject of games: “Parents actually have more concern for the connectivity and interactivity of devices, rather than content. So, for video games, it’s not so much about what their child is experiencing, but who they’re playing with and how they’re playing with them.”

Those are interesting results, considering how most of us seasoned gamers aren’t new to playing online games with young kids (the high-pitched voices are usually a dead giveaway). The concern, though, is the fact that a lot of the games that we play online alongside these youngsters happen to be rated Mature. At times, they’re downright grotesque titles.

Elisa added, “From the information we’ve gathered, only about 25% of parents are concerned about the content in video games. They don’t seem to see it as much of an issue, at least not as much as the potential loss of privacy through online connectivity.”

25% seems to closely coincide with the results of my questionnaire. And I can understand a mom or dad’s concern for how “exposed” their children may be over the internet. However, online connectivity is still a relatively new feature in games, and only makes up a small portion of the experience.

The reason I based this study so specifically on content is because that’s usually what is in parents’ crosshairs whenever a game-related controversy arises. “Soccer moms” never protest about how much time games might take from their children’s day, but rather how something they still perceive as a toy could feature brutal violence, adult language, sexual themes, drug use, and so on.

I showed this to any parents who knew their children played “Modern Warfare.” Afterward, most of them weren’t particularly thrilled.

Now, I’m not trying to judge how people parent. That’s unfair, and it would be incredibly arrogant of me to think I have some valuable approach to the practice — considering my lack of experience with children. All I’m doing is relaying information based on particular observations that I found intriguing. I try to have empathy for people with kids, particularly those whom were unprepared for the task, yet still had the guts to follow through. It’s not an easy job.

What I am hoping for, though, is that articles such as these potentially cause some moms and dads to truly understand that video games aren’t what they used to be, and that they put forth more effort toward learning about what titles their children are experiencing. Imagine the conflicts that could be avoided if only a little self-education entered the mix.

On that note, Mrs. Roberts relayed some beautiful advice to me regarding parents and technology: “Some people with children feel they have less influence whenever a machine is involved; that’s simply not true. They are only devices, and can be easily turned off. And if parents decide to take enough control, a computer’s impact on a child’s growth doesn’t compare to a mom or dad.”