Sony’s recent announcement of PlayStation Now has led to a lot of discussion already about the Gaikai-based game-streaming service. Some are hailing it as a system-seller for the PS Vita while others seem willing to chuck their PlayStation 3s in exchange for the ability to stream last-gen games without a need for the console itself.

While it’s easy to make rash decisions like that in an exciting time, it’s important to do some thinking before going all-out on a decision one way or another. Sony’s announcement was big, but there are many questions left unanswered about the service.

So far, we know PS3 owners will be able to participate in a beta later this month and that it will roll out in the summer for more devices. Streaming to the PS3, PS4, and Vita are the top priorities, with Bravia TV support giving people an incentive to pick one up and the tablet and smartphone options being made available later with not a lot of details about them now. Controller support is a big issue there — ditto for the TVs — and it seems likely that Sony will make a custom controller for the service that would probably be either a DualShock 3 or 4 with PS Now branding on it. Sony’s got four playable games for the service at the International CES 2014 right now in the form of Beyond: Two Souls, The Last of Us, God of War: Ascension, and Puppeteer.

These games may seem a tad scatter-shot, but the lineup makes a lot of sense. The first two are not only Sony’s biggest PS3 games of 2013 but also two of the best games for the PS3 — and in the case of The Last of Us, one of the best games ever created. God of War: Ascension showcases the latest entry in the hack-n-slash series, but you’d be hard-pressed to find anyone outside of the development team willing to call it the best one. Still, it’s there to remind you that you will be able to play every God of War game ever made whenever you want to thanks to the compilations of the PS2 and PSP entries in addition to the two PS3-only games in the series. The Puppeteer is a really odd choice, but it’s also a game that deserves more attention. And with Sony seemingly aiming to allow you to enjoy games you would have never played otherwise, it fits in perfectly.

The beta lineup will probably be limited to ensure that the service works as smoothly as possible. It wouldn’t be surprising at all if Sony just kept it to these four games and then expanded the selection later on. However, four games doesn’t sound very impressive even for a beta test, so it’ll probably throw in maybe the whole God of War saga for fast-paced gaming and perhaps the Uncharted series as well. It’s easy to imagine Sony not doing that, though, since any issues there involving video quality and lag will really hurt performance in those games and stand out instantly to fans. Maybe it’ll play it safer by going with PlayStation Network showcases like Thatgamecompany’s products. 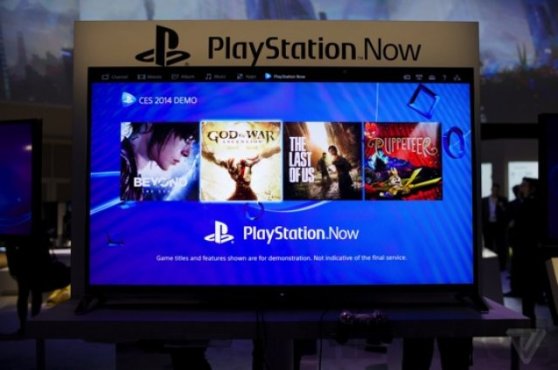 The pricing model should be interesting to see since this idea has been done before with OnLive, and that came with a variety of ways to consume content. OnLive offered up a diverse but not all-inclusive rotating lineup of playable games on a monthly basis for a flat rate of $10, or you could buy each game individually and play it forever. The former model was well-received even with the technology always leading to input lag and usually iffy video quality. You could still play Street Fighter IV on it, just not competitively. Sony has gone all-in with its PS Plus premium membership service over the past year and has already come under fire for making it mandatory for PS4 online gaming. While the service is easily the best value for your money even at full price, Sony needs to be careful with how it prices this service on top of it.

Nixing MP3 and CD support on the PS4 but hyping up Music Unlimited makes Sony seem less pro-consumer than it’s come across fostering indie developers, and it’s important for the company as a whole to seem consumer-friendly since so much of its future seems to rely on the PlayStation brand right now. The beta will be an interesting deal because Sony could choose to make it free for PS Plus members — something it’s done for many beta services in the past. Given that it’s PS3-only for the January testing and so many people are focusing on the PS4, that would be a wise move since it gets people to fire that system up again. It wouldn’t use the full install base to stream a game and would allow the service to work a little better as a result.

Sony would be wise to ensure that the beta works well throughout at least winter before announcing a pricing structure because if it’s somewhat poor and then gets a $15 monthly price tag, people are going to avoid the service without giving it a chance. If it works well, then perhaps $15 a month sounds more reasonable, with a price break for Plus members. The level of that price break is going to be tricky because Sony has got to be careful to not price it so high that people without Plus don’t want it. But it also has to offer a discount that seems worthwhile. Taking it from $15 without Plus to $10 with Plus is drastic, but that would push membership, and Sony could argue that you’ll save more than the amount Plus costs by having PS Now.

Sony’s in the business of PS Plus. It’s gone all in, and that means that console owners now expect to get a lot for their dollar. Perhaps it could offer up a free trial period for everyone as a way to ease people into the idea of streaming games. It may seem absurd, but there are many gamers out there who aren’t comfortable with owning a digital version of a game instead of a physical copy. Streaming is yet another layer removed from ownership since your ability to play the game is completely tied to a company’s servers and you’re still expected to pay for the product.

The question of Now’s full game lineup shouldn’t scare people away. Using the current Sony Entertainment Network store as a model, it will probably be heavily focused on first-party stuff. Some have argued that Sony’s first-party lineup isn’t strong enough for a streaming service, but based on the PS1 alone, that shouldn’t be much of a problem. Sony has Crash, Spyro, Wipeout, and Twisted Metal to offer up just for PS1, and it’s entirely likely that Square Enix will throw the PS1 Final Fantasies and its extensive Japanese role-playing game library from one of the genre’s golden ages on the service as well.

Sony’s done an unbelievably poor job cultivating the PS2 section on the PS3. The PS2 has one of the best gaming libraries of all time, but if you were to judge it based on its PSN offerings, you’d think it’s best games could be purchased at a drug store for $5. The PS1 lineup is pretty outstanding, though, and something that Sony should aim for with all of the systems. You may not get every last one of the system’s best games, but you can at least get enough of them to form a solid idea of what made the PS2 so special for its time.

The idea of having a “best of” the PS1, PS2, and PS3 available whenever you want it and wherever you can carry a Vita to with a solid Wi-Fi signal is enough to make longtime players salivate. Sony’s systems have always had diverse game lineups, and while its portables have struggled to find a large audience, they have had some amazing games on them from a wide variety of genres. And this service is yet another way Sony is determined to get people to buy a Vita. It’s doing its damndest to get that thing into as many hands as possible with any kind of Trojan horse technique it can think of, and while those who don’t like portables may be annoyed by that, the sheer determination is easy to admire.

If Sony can bring that level of dedication to PlayStation Now, it will overcome any growing pains through sheer will. That, and we might get some heavy discounts and maybe some extended free trials as well. Sony has worked too hard over the past two years to engender goodwill with gamers to throw away this opportunity, and that gives me hope that even if the service winds up being as functionality flawed as OnLive at its worst, Sony will eventually be able to make good on the potential.

But I am not representative of all gamers, and Sony should make sure to put its best foot forward with the service for the first year. That’s when it will come under the most scrutiny, and if it’s a dud out of the gate, it could lead to lost momentum for the company — and that’s not something it can afford with a brand-new console on shelves.