Bugbear’s Kickstarter for its new game, the placeholder-titled Next Car Game, came in far short of the $350,000 that it needed to fund the motorsport game despite a successful bid on Steam Greenlight.

Next Car Game only raised $81,772 over the course of several weeks even with a glowing Kickstarter page wallpapered in tiered rewards, gobs of information proving the developer’s expertise, and word that Bugbear had already invested $1 million of its own money into the project. Like a number of other studios, it just needed a little bit more to make the game truly something cool.

But the setback only proved to be a tiny bump in the road.

Thanks to a strong preorder campaign that Bugbear had launched itself a few months earlier, prior to its Kickstarter, it steamrolled past its initial goal by earning roughly $592,076. Now, with Early Access on Steam, Bugbear is poised to make even more from players who may still be on the fence wondering if they should finally hop on the project for a chance to play the game before it’s finished and contribute to its development.

It’s not too unlike the proposals on Kickstarter that have promised the same thing but with a distinct difference: Early Access games tend to be “playable” in that they’re functional enough for players to get an idea of what is happening with the project right then and there. Kickstarters may offer a demo, but that doesn’t happen often as developers usually only provide video footage. Early Access projects still have a ways to go, too, and developers ask prospective customers to take that into consideration.

Buying into a game in Early Access earns players full access to the finished product, much like Kickstarters do, albeit with fewer options on what players get. That hasn’t bothered fans who contributed to DayZ’s phenomenal sales of 1 million units in one month, which comes to (based on its current Early Access price) $29,990,000 in raw sales. That’s a lot of zombie fuel. And development is still ongoing. 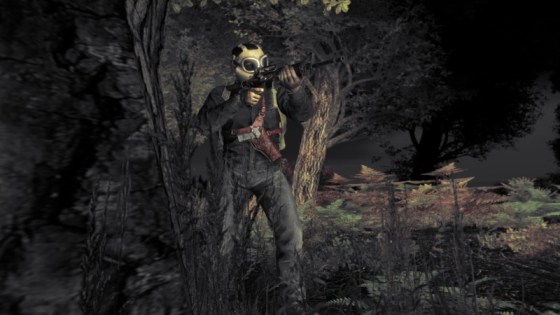 Another zombie-survival game, 7 Days to Die, rode the Kickstarter wave to a successful end and had also hit up Early Access with a current price of $34.99. So is Steam slowly targeting Kickstarter the way it’s targeting living rooms with Steam Machines?

As reported earlier by Jeffrey Grubb, one of the tweets to come out from the Steam Dev Days conference was that Valve wanted Greenlight to ultimately “fade away,” which would break down what it sees as one more barrier in giving direct market access to developers.

That’s also something that hasn’t been lost on Sony’s PlayStation 4 camp when they were making a big deal earlier last year about self-publishing, something that Microsoft eventually added as a new bullet point for the Xbox One. Couple that concept with a standardized interface and service (Steam) and smaller features ranging from achievement lists to forums, and Early Access appears aimed at bringing the crowdfunding and self-publishing trend under one indie-friendly roof, much like what services like Desura are focused on doing.

The program has its share of limitations. Early Access, at least for now, is an all-or-nothing deal. There is no tiered entry. You either pony up for a work-in-progress at the price the developers want or continue waiting.

There’s also no promise that the game may actually get “done” or meet the quality that players are looking for, which Early Access shares in common with Kickstarter. A squad-based tactical shooter by the name of Takedown was successfully funded on Kickstarter only to get panned by critics and especially by players who used Steam reviews and the forums on the game page to express their disappointment. 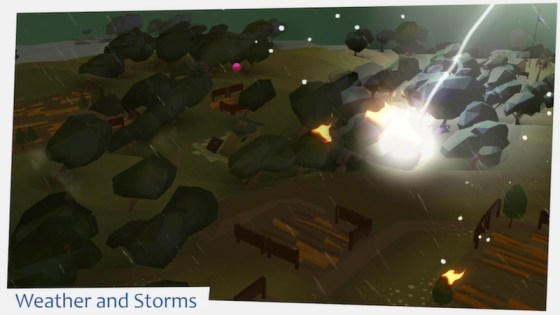 Those same reviews also introduced a large element of PR risk for the developers compared to the generally positive commentary seen in the backdrop of a typical Kickstarter project. Godus, Peter Molyneux’s new god game, is still under construction though thanks to Early Access a number of players have already chimed in on issues that have painted its review section red. “Most helpful” reviews are listed first and ranked based on votes, much like Amazon reviews.

So can Early Access and Kickstarter become the ultimate co-op experience? Kickstarter won’t be fading away anytime soon. It still offers a number of unique options that prospective developers can use to manage expectations via tiered donations and rewards, enabling them to get a head start on funding without sharing anything playable. Then, when they do have something they believe is good enough to share, Early Access might be another avenue they may choose to explore as an additional tool in aiding development — if they make the cut to be included on Steam, that is. Early Access could also change in other ways in much the same way as Steam has over the years, offering more options for developers and gamers in the future. But so can Desura.

If there’s one constant about Valve, it’s that it’s not above adopting trends and suggestions for giving gamers more to look forward to within Steam. And gamers will also be testing these new options by continuing to vote with their keyboards — and their wallets.