Despite our past, present, or future feelings about the company, we can all agree on one thing: Nintendo is in trouble.

As the house of Miyamoto first announced and The New York Times expanded on days ago, sales of the Wii U have been lackluster.

That revelation inspired an interesting discussion on show host Jeff Cannata’s (@jeffcannata) DLC podcast, in which Cannata asked panelists and callers if they own a Wii U and what it would take to get them to buy one. I wasn’t able to participate due to my work schedule, but as a Nintendo fan without a Wii U, I’d like to add my two cents here.

The No. 1 regret I have about my Wii purchase — a $450 debacle as it broke in a power surge after I played only about five games on it — is that I spent so much money on Virtual Console titles and didn’t gain real ownership of those games. Nintendo would have a great case for me to buy a Wii U if the console would let me redownload and play the digital games that I already paid for, like Metroid, Super Mario World, and The Legend of Zelda: Ocarina of Time. A user account linked between systems would be nice.

This is the holy grail and an obvious no-brainer, but dear God, can Nintendo not get out of its own way. Stop with the minigame collections and Mario rehashes. Make some new franchises, or at the very least beat some fresher ones into the ground. I’d even take a new, familiar Zelda over a reskinned 2003 model.

Also, it would be great if the upcoming Super Smash Bros. for Wii U and 3DS was awesome and featured fighters I care about. No, Wii Fit Trainer is not doing it for me. 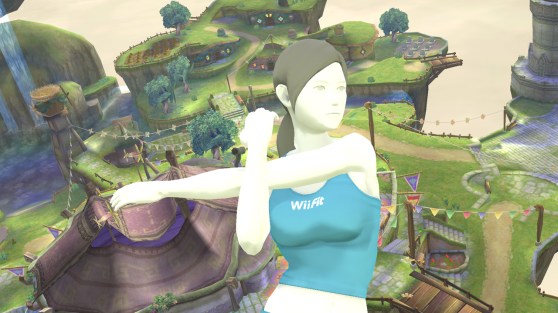 It’s great that Nintendo has ditched friend codes for usernames, but the process is still complicated. It would be a big motivator for me to get a Wii U if I could play Super Smash Bros. online with others without fuss or lag. I would also appreciate more modern features, like voice chat and video sharing.

The best value in video games is PlayStation Plus, but no one has a better library than Nintendo. This doesn’t mean death to the Virtual Console, but stealing Sony’s best idea of this generation would be a genius move and lure in lots of discerning buyers like me.

Or, failing all that: