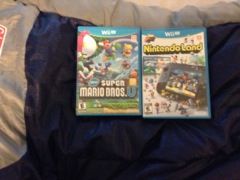 Video games are wonderful form of entertainment and a great escape from boredom. However, too many titles are bogged down by poor design choices that can ruin player’s enjoyment. Here are my top nine gaming pet peeves from this console generation and some solutions to address the unneeded frustration.

There’s nothing more annoying than being caught in an explosive firefight in first-person shooters and running out of bullets. I had to stop playing Halo 4 on heroic because the Prometheans shields absorbed all my ammo and I had to frantically run away to find more on the battlefield, sometimes several areas back just to continue. I’ve encountered this problem in too many titles and it’s getting old.

Solution: Game designers at least provide me with a gun with unlimited ammo at all times or let me buy it through a menu like Metal Gear Solid 4. 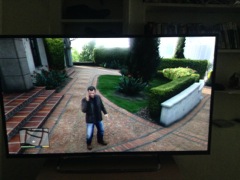 Above: Where’s Drebin when you need him?

The last console generation had some of the most embarrassing boss in recent memory. 007 Legends battles against classic Bond villains were pathetically simple and felt like glorified quick time events. Another title that stuck out to me is Ninja Gaiden 3, which wasn’t as terrible as some critics made it out to be, but it did have some awful boss battles. The low point for me was the robotic T-Rex that purposefully smashes its face on the ground so you can attack him. Now that’s just pitiful.

Solution: Don’t even include boss battle or make it a cut scene instead.

3. Level grinding and too many random battles in Japanese RPGs

I love Japanese RPGS, but I hate grinding for hours and hours in order to finish them. I’ve played too many of them that let me play normally through 90%of the game and then I’m unable to beat the final boss because my level isn’t high enough.

Solution: I get it that being at a strong enough level to beat bosses is important, but at least make it optional for me to grind if I want a more challenging experience. Kingdom Hearts Re: Coded did it right. Kingdom Hearts Dream Drop Distance did it horribly wrong. 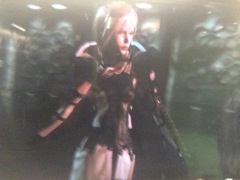 Above: Lighting please don’t make me level grind too much in order to beat your new game.

4. Overdoing it on text

Story is an important part of video games, but scrolling through dozens of pages of words makes me feel like I’m reading a novel. Persona 4 Golden, Okami ,Paper Mario: Sticker Star are all wonderful games, but they can feel like a chore to play when a good chunk of it is a passive experience. And Persona 4 Arena is a solid fighter, but it baffles me that the story mode didn’t use cut scenes to tell its story.

5. Lost with no direction

I don’t know how I lived without GameFAQS, and YouTube before because being stuck in a game and having no idea what to do next is one of the worst gaming experience ever. It’s unfortunate that some games still do this or even worse when AI companions don’t even know what the hell they’re doing either when you ask them.

Solution: Metroid Prime and the The Last of Us are both good examples of games that noticed when the player was stuck and offer you a subtle hint of where to go next.I liked to see more of that. 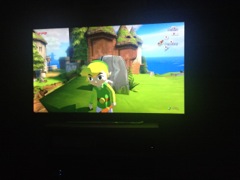 Above: Link’s grumpy because he doesn’t know where to go next.

Uncharted Golden Abyss is the perfect showcase game for Sony’s PlayStation Vita, but it overdoes it on the touch controls. The final boss battle is horrendous and one wrong move means starting it all over. Melee combat is joke and putting together a large 30 piece puzzles  gets annoying fast. Here’s hoping if there is another Uncharted for Vita it ditches most of the touch controls.

Solution: Give me an out and let me disable them or have the game do them for me. Or make it a cutscene instead. 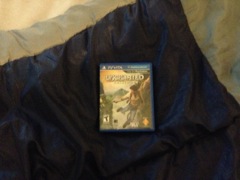 Above: Nathan Drake you drive me crazy sometimes.

Besides touch controls another gameplay annoyance of mine is over reliance on quick time events. Telltale’s Walking Dead uses them well, but in Ninja Gaiden 3 it’s excruciating using right and left triggers to climb walls. Having to do QTE’s for everything in Resident Evil 6 like opening the doors ruined immersion as well.

Solution: Similar to last pet peeve make it optional to have touch interface or buttons.

It’s definitely a problem when a game crashes and you’re unable to progress because of a nasty glitch. What I played of Assassin’s Creed: Liberation was good, but not enough for me to restart when I got trapped in limbo during the loading screen with no way out other then starting the game over.

Solution: Play test more before release date and make sure to always issue a patch.

Checkpoints are a much better alternative than playing a level over again from the start, but only if done correctly. I was shocked that Max Payne 3 had no quick saves like the first two games and that earning checkpoints required clearing sometimes 15 or more guards.

Solution: Offer a quick save option or chance to skip a checkpoint like L.A. Noire if things get too frustrating. 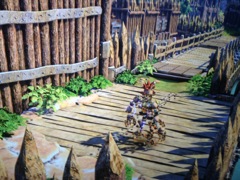 Above: Knack your checkpoints are too far apart.

There are obviously more gaming pet peeves out there that I didn’t cover, so what are some of your guys and gals thoughts? Leave me in the comments. I’d love to hear them.