It’s been almost four years since Cing went out of business (you may know it as the creator of Wii’s Little King’s Story). In over a decade of its existence, the Japanese developer created multiple point-and-click adventure games — a genre that is now rising in popularity — for Nintendo’s platforms.

I recently realized that I was more disappointed than I should be about Cing’s closure. Being a fan of Hotel Dusk: Room 215 on the Nintendo DS, I was sad to see the developer go as it finished work on the sequel, Last Window: The Secret of Cape West, which only released in Europe and Japan. I imported Last Window years ago but have saved it for when it felt right to dive in. I finally sat down and completed it in a couple of flights over the holidays.

Obviously, the closure was a shame for those who lost their jobs, and I hope by this point they’ve all found some form of employment. But as much as I enjoyed Last Window, the title did little to broaden the developer’s horizons. 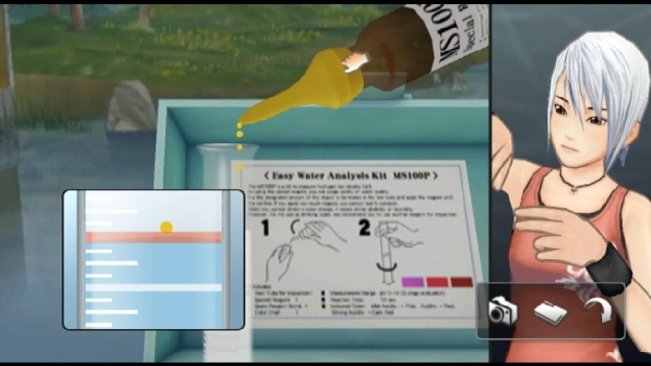 Cing’s DS and Wii experiences always stood out thanks to their novel use of Nintendo’s systems and their features. They often required you to think outside of the game’s boundaries. For example, one puzzle in their Wii title Another Code: R — A Journey into Lost Memories (also only for Europe and Japan) requires you to open the Wii’s Home menu to reveal the solution. It’s a refreshing and sometimes frustrating experience as it requires you to mentally break the fourth wall, often on your own.

After finishing Last Window, a thought crossed my mind: “I could go without playing another title like this, at least anytime soon.” Cing’s games didn’t evolve after its second release for Nintendo, Hotel Dusk. Sure, the novelty puzzles continued to be unique to the developer, but they were an expected feature by the fourth title.

Comparing Cing’s earlier DS games, Trace Memory (aka Another Code: Two Memories) and Hotel Dusk, it’s easy to see there are some improvements and changes between each release. Hotel Dusk streamlines puzzle elements and the user interface as well as gives players a more natural view of their surroundings through a first-person perspective — whereas Trace Memory had been isometric. 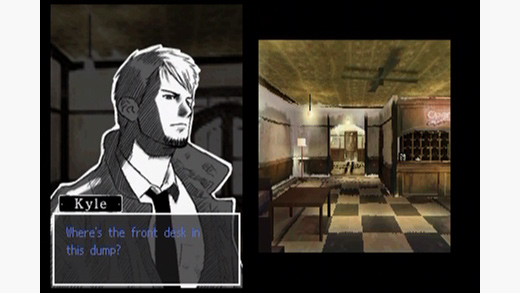 The tone changed significantly between them. Both are point-and-click adventure games focusing on solving complicated mysteries, but Trace Memory is viewed through the eyes of a young girl trying to find her father. Hotel Dusk unfolds from the perspective of a seasoned detective and often deals with more mature and complicated themes.

Cing’s following Nintendo title, Another Code: R, revisited Trace Memory and felt like a step back, often undermining the player’s intelligence with hand-holding and dialogue that assumes you have an attention span of less than five minutes. Thankfully, this was an issue unique to this entry.

Instead of building off its past successes after stumbling, Cing simply returned to the Hotel Dusk formula. Sure, Last Window had a new story and new characters, but the actual game shell containing it and the story’s themes remained unchanged.

It’s hard to fully blame Cing. It worked under short development periods, its games releasing only a year or two apart at most. The team obviously didn’t have room to take risks — or at least that’s what I assume as Cing went bankrupt soon after the release of Last Window. It wouldn’t be surprising if the game was simply an attempt to stay afloat, hence its safe nature. 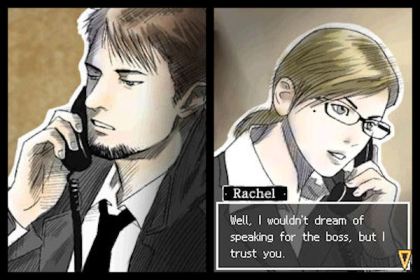 I love the story, themes, dialogue, and characters of Cing’s titles. I’d have a total man-crush on Kyle Hyde from Hotel Dusk and Last Window if he were real.

I’m actually curious where the developers went following Cing’s bankruptcy. I haven’t gone searching for them yet, and I’m not sure if any of them are high profile enough to be tracked.

There has been a renaissance in the point-and-click adventure genre in recent years. Most of the newer titles seem to be based off Western-developed releases of the past, but I do hope someone takes the time to look at Cing’s work and build off the foundations it has set.