I bet you’ve noticed that some journalists and bloggers love to drum up controversy by preaching about how mobile gaming is phasing out consoles. Well … bull-cocky! It really grinds my gears. I could counter their collective attack by boasting Sony’s and Microsoft’s latest sales figures, but that wouldn’t be much fun and wouldn’t really prove my point anyway.

Even though people are buying so many more tablets and smartphones than consoles, mobile gaming is not killing those systems. Phones and tablets are used by pretty much everybody. Consoles are mainly for gamers. But there are a lot of gamers.

Mobile and console gaming are not mutually exclusive. They appeal to separate yet somewhat overlapping markets. For example, I wouldn’t choose to play Flappy Bird when my PlayStation 4 is right in front of me with Assassin’s Creed in the drive. But on a train, in line, or on the toilet, then sure. After all, I can’t take my console and TV with me on my daily commute into the city. Besides, whoever said they don’t have a phone because they chose to get an Xbox instead (and vice versa)?

But that’s from the perspective of a hardcore gamer like me. We love to immerse ourselves in a heart-poundingly tense narrative as we embark on a journey through a fantasy world. We also like to shoot stuff. Consoles are generally home-centric entertainment systems while mobile games are filler. Having said that, there are actually some excellent mobile titles out there, such as Infinity Blade, Temple Run, and Rayman Jungle Run. 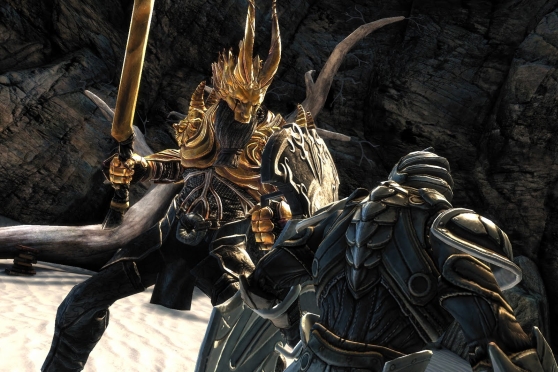 My dad wouldn’t dream of immersing himself in a convoluted role-playing game set in an alternate reality ravaged by nuclear apocalypse, where transistors had never been invented. But then, he was never going to buy a console anyway. So games being available on a device that he already uses all the time — perfect. Also, mobile games are far more accessible to the wider market. Generally, a PS3 game costs around $40 whereas mobile games are often a few bucks or even free. And because they’re so accessible and popular, they’re very financially attractive to developers. However, console games are getting a lot cheaper, too — not to mention the caliber of games being offered for free through PlayStation Plus and Xbox Live.

Different genres can work in favor of either mobile devices or consoles. Platformers make great mobile games. First-person shooters make great console games. Racing sort of works well on both. But it’s important to keep in mind that mobile gaming is younger than console gaming. The industry has moved far beyond Snake; mobile games are getting better fast. The lack of buttons and small screens force developers to innovate. My favorite example is Infinity Blade, which abolishes traditional controls in favor of gameplay cleverly adapted to the mobile platform. And advances in mobile hardware allow for astounding graphics.

A lot of people struggle to accept touch-screen mechanics as an input for games. Having a physical controller can really add to the experience. Using touch-screen controls can feel a bit lackluster by comparison.

It’s very difficult to sit back, relax, and play a mobile game. If you’ve ever tried, like me, you may have noticed the blood leaving your hands as pins and needles set in after a few minutes. You try to power through, but it feels too weird, and you have to put the phone or tablet down. By contrast, you can hold a controller for however long you like.

Nevertheless, I love both. Mobile and console games exist in harmony, not in competition.