Dong Nguyen is getting a lot of flak for removing his hit mobile game, Flappy Bird, from the Google Play and Apple app stores. I understand his decision to.

I also understand the tsunami of comments criticizing his sudden change in plans. A look at the discussion section of any outlet covering the story reveals a slew of people proudly stating that they’d put up with any amount of negativity for $50,000 per day in ad revenue.

Hell, I was one of them. Why didn’t he just ignore everyone and rake in all of that sweet advertising money? I wondered.

But looking back on it, it’s not that simple. The figure of $50,000 creates an expectation across a variety of personal and cultural systems that’s not really being considered in any serious manner here.

Yes, Nguyen is making a lot of money per day, accruing more wealth in 24 hours than a lot of people (and the vast majority of the world) make per year. Yes, it seems incredibly foolish and very naive to shirk away from the responsibility of huge success. Yes, if he probably grew thicker skin, he’d be much more successful.

But none of these things should be a reason to deny Nguyen our empathy. Everybody has different priorities, and what’s missing from a lot of the comments about how he should “suck it up” is an understanding of his social and mental status.

Instead, everybody’s fixating on the $50,000 as if it’s the pedestal that towers over everything else; it doesn’t. Focusing on how much he makes over whether it was his intention to and then ignoring everything else cheapens the importance of ownership that Nguyen has as a creator. 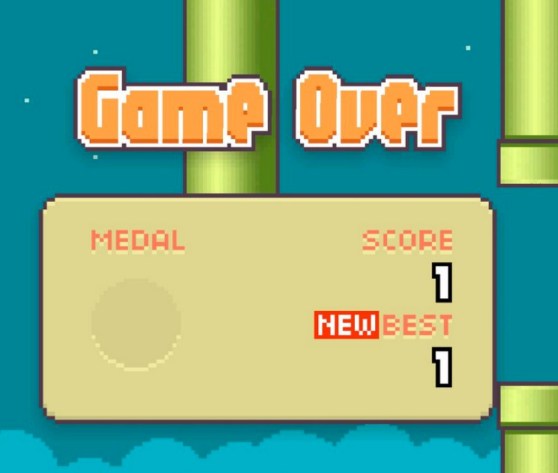 Ultimately, he spent time and effort to make Flappy Bird — heavy amounts of borrowing be damned. He’s evidently proud of his work but understands the limitations of it. Also, if rumors hold true, he’s not a giant fan of attention.

Nguyen wasn’t aiming for widespread success. He was aiming for mediocrity and a personal sense of accomplishment, and that accomplishment changed because of public knowledge of the ad revenue he was making. For those with thicker skin, being showered with sudden wealth supersedes everything else; but for him, it apparently hasn’t, and we shouldn’t be complaining or conspiring against him because of that. Success shouldn’t be the end metric for group empathy; a community shouldn’t contribute to hate mail or negative pressure against a creator. Don’t let Nguyen become another Phil Fish.

There’s also social pressure and problems at work here that seem to be underplayed. Nguyen, as a Vietnamese mobile developer of a simple game, probably created Flappy Bird as a personal project to flex his coding muscles.

A lot of the criticism surrounding his decision is aimed at him being unable to handle the Internet’s feedback. The problem with that argument is we don’t know what sort of in-person fame he is receiving. If his friends catch wind of his sudden fortune, then there’s no amount of advice that can really help you. Sleaziness in real life can be much more troublesome, terrifying, and persistent than any nasty email.

We don’t know whether Nguyen is known in his community, has ties to any organized crime, has any issues with the local government, or has problems in his family. News of that $50,000, however, will certainly accentuate that. Unless there’s more information on his personal life and how he deals with problems, there’s no reason whatsoever to remove him from our empathetic sphere. Just because he makes more than us with what many consider a mediocre product doesn’t means he should be bereft of our understanding and compassion. Ultimately, we don’t know him. But even if we are so quick to brush aside his personal problems and concerns as the whining of someone on the Internet, we shouldn’t let him become another casualty of Dunbar’s number.

There have been some rumors that there might be a legal issue involved. I’m willing to side with Nguyen in his original tweet, which has assured everyone that there isn’t. Until we have hard evidence of legal action against him, all of this is contempt-filled, needless hearsay.

If the suspicions are correct and it is a legal or public relations-related move, then the argument still stands. Nobody should be lambasted for what he wants to do with his project, and that includes shirking away from fame. Some people don’t want it, can’t handle it, or never liked it. That’s really all there is to it.